It was a record weekend at the box office for Sony Pictures’ sci-fi release of Venom, which took in a massive $80.26 million, topping the previous October opening weekend record by more than $20 million. 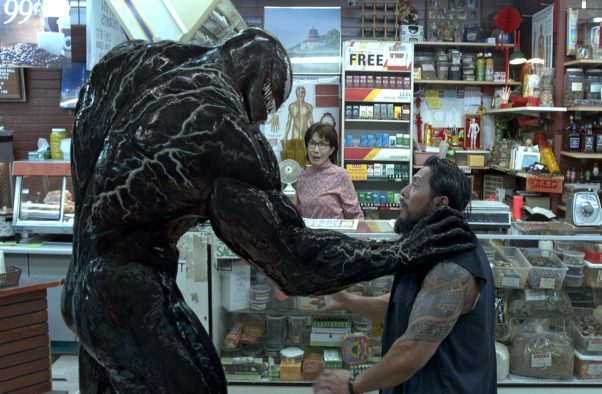 Opening on the upper end of expectations, Venom topped the previous October opening weekend record of $55.7 million set by 2013’s Gravity. The debut also ranks ahead of the $75.8 million opening for Ant-Man and the Wasp earlier this year and just behind the $84.4 million opening for Solo: A Star Wars Story. Both films went on to gross over $210 million domestically.

Critic’s reviews for Venom, which stars Tom Hardy and Michelle Williams, were largely negative while it got better marks from audiences. The film doesn’t have any superhero competition in theaters until the releases of Spider-Man: Into the Spider-Verse and Aquaman in December.

One interesting note is while Venom‘s audience was predictably male at 63.5 percent, only 40.4 percent was below the age of 25. Internationally, Venom delivered $125.2 million from 58 markets for a record October global opening over $205 million.

Debuting in second place was Warner Bros. Pictures’ A Star is Born starring Bradley Cooper and Lady Gaga with $42.91 million, helping last weekend to become the largest October weekend of all-time. Adding in the $1.35 million it earned from early Tuesday and Wednesday sneak peeks, the film’s current domestic total stands at $44.26 million.

The film’s audience was 52.6 percent male and 81 percent were 25 years of age or older. A lengthy run throughout the rest of October and into November is certainly in the offing, fueled by strong critical reviews and audience word of mouth. Internationally, A Star is Born delivered $14 million from 31 markets. 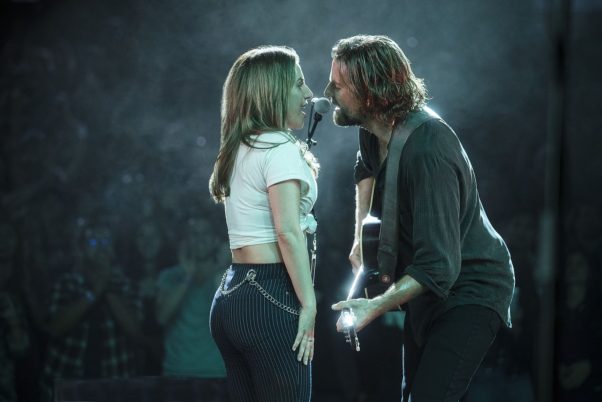 In third place was Warner Bros.’ animated Smallfoot, which debuted in second place last weekend and slipped 37.5 percent to $14.40 million. That brings its domestic total to $42.26 million after 10 days. Landing in fourth place was last weekend’s leader, Universal Pictures’ Night School, which fell 47.0 percent in its second weekend to $12.51 million. That brings its North American total to $46.99 million after 10 days.

Rounding out the top five was Universal’s The House with a Clock in Its Walls with $7.33 million, a drop of 41.9 percent. Its domestic total after three weekends now stands at $55.09 million.

In eighth place was Warner Bros.’ Crazy Rich Asians with earnings of $2.17 million. That is down 47.1 percent from the previous weekend. Its domestic total now stands at $169.24 million after eight weekends in theaters. Finishing in ninth place was Lionsgate’s Hell Fest, which fell 59.5 percent to $2.08 million. Its domestic earnings after 10 days stand at $8.87 million.

And rounding out the Top 10 last weekend was 20th Century Fox’s The Predtor with a 75.4 percent plummet to $947,358 from 1,643 screens. Its dismal domestic earnings stand at $50.03 million after four weekends as it finishes its run.