Night School Finishes at the Top of the Class

Universal Pictures topped the box office for the second weekend in a row last weekend (Sept. 28-30), this time with Night School starring Kevin Hart and Tiffany Haddish with $27.26 million, a solid start for the $29 million comedy but a bit below expectations. If fact, it was the best opening of any live action comedy so far this year, not counting animated films or action comedies like Dead Pool. 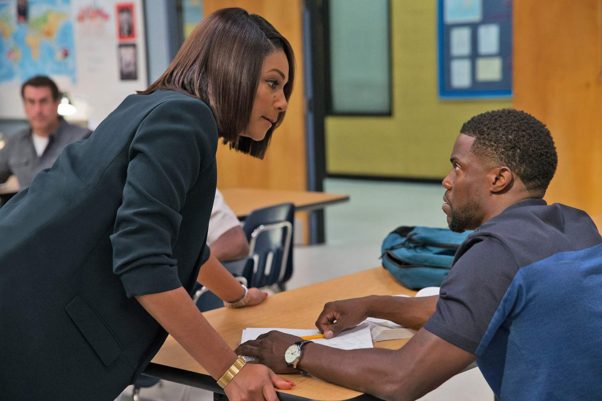 Night School from producer Will Packer posted an opening day of $9.5 million on Friday. That is in line with the $9.5 million first day of Boo! A Madea Halloween two years ago, but 26 percent below the $12.9 million opening day of Get Hard in March 2015. Night School fared better with audience than critics. The audience was 53.7 percent male and 37.4 percent below the age of 25.

Warner Bros. Pictures animated Smallfoot finished in second place with $23.05 million, about in line with pre-release expectations. It opened slightly than Warner Bros.’ 2016 animated feature Storks, which opened with $21.3 million in late September before finishing with $72.6 million domestically.

Smallfoot posted $6.5 million for its first day in release, 12 and 13 percent ahead of The Lego Ninjago Movie, which opened with $5.8 million, and Storks, which debuted with $5.7 million. The audience was 55.8 percent male and 54.1 percent below the age of 25. 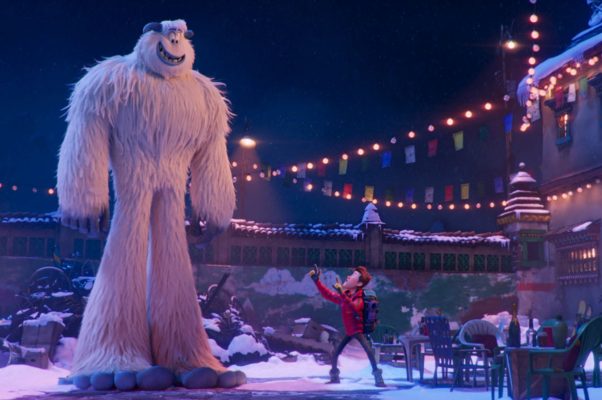 The previous weekend’s top movie, Universal’s The House with a Clock in Its Walls dropped 52.6 percent due to direct competition from the new Warner Bros. animation opener, earning $6.54 million. With $44.86 million earned through 10 days, the film still has room to stabilize as it enters the kid-friendly Halloween period of October.

Lionsgate Entertainment’s A Simple Favor slipped just 36.2 percent to finish in fourth place with $6.54 million. That brings the Anna Kendrick-Blake Lively thriller to $43.01 million after three weekends of release. Warner Bros.’s The Nun rounded out the top five falling 45.5 percent to $5.43 million after four weekends. Its total domestic earning to day stand at $109.10 million.

Debuting in sixth place was Lionsgate’s Hell Fest with $5.13 million, which was on the higher end of expectations for the $5.5 million production. It opened with $2.0 million on Friday. Audiences were 53 percent male and 51 percent over the age of 25.

In seventh place was Crazy Rich Asians, which was down 35.4 percent to $4.10 million. Its total domestic earnings after seven weekends stands at $165.63 million. That pushes the film past The Proposal making it the sixth highest grossing romantic comedy of all-time.

Rounding out the top10 were 20th Century Fox’s The Predator, which fell 58.0 percent to $3.86 million in eighth place bringing its total domestic earnings to $47.80 million after three weekends. In ninth place was Sony Pictures/Studio 8’s White Boy Rick with $2.40 million, a 50.6 percent drop, bringing its North American total to $21.73 million after three weekends. And finishing in 10th place was STX Entertainment’s Peppermint falling 51.9 percent to $1.77 million, bringing its four weekend domestic earnings to $33.53 million.