House with a Clock in Its Walls Tops Weekend

Universal Pictures and Amblin Entertainments’ family horror The House with a Clock in Its Walls debuted in first place last weekend (Sept. 21-23) with $26.61 million amid a weak box office. 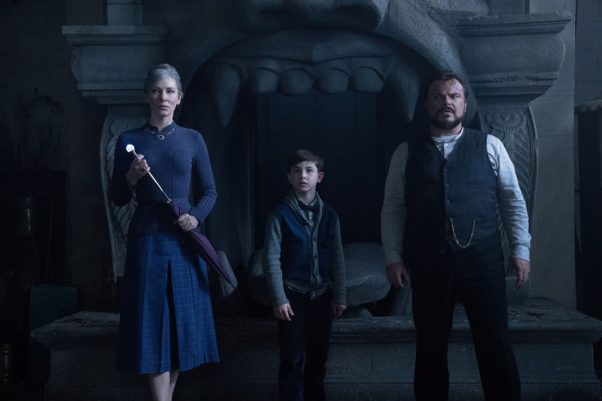 The House with a Clock in Its Walls led the box office last weekend with $26.61 million. (Photo: Amblin Entertainment)

Jack Black’s string of family-driven successes, this one co-starring Cate Blanchett, continued as The House with a Clock in Its Walls delivered upon expectations with a solid $7.82 million opening in first place on Friday, including Thursday evening’s screenings. It represents a notable genre shift for director Eli Roth, whose work includes this year’s Death Wish, Hostel, Hostel II and Cabin Fever.

The film was able to outperform the 2015 performance of Goosebumps, which opened with $23.6 million before going on to earn just over $80 million domestically. Goosebumps did receive better reviews from both critics and audiences, but given the timing of The House with a Clock in Its Walls it is positioned to play well throughout the Halloween holiday. Its opening audience was 54.3 percent female and 26.3 percent below the age of 15.

Moving up a slot to second place was Lionsgate Entertainment’s holdover A Simple Favor, which fell 36.0 percent to $10.25 million. The thriller/dark comedy starring Anna Kendrick and Blake Lively has earned $32.41 million in 10 days.

Dropping to third place was Warner Bros. Pictures’ release of New Line Cinema’s horror hit The Nun, which took in $9.97 million in its third weekend. That is a 45.3 percent drop from the previous weekend. The film’s domestic total is now $100.61 million. It is the fourth film in the Conjuring Universe to reach the $100 million mark, and it will soon become the second highest grossing film in the franchise, behind The Conjuring, which grossed $137.4 million domestically in 2013.

Internationally, The Nun released in its final 18 markets and for the third weekend in a row is the top film overseas bringing in $35.4 million from 80 total markets, pushing the film’s global tally to $292.7 million.

Last weekend’s top movie, 20th Century Fox’s The Predator fell a steep 62.7 percent to $9.18 million to drop three spots to fourth last weekend. The film’s domestic total is $40.91 million after 10 days, but it is falling fast. Internationally, it has earned $54.89 million, bringing its total earnings to $95.80 million.

Warner Bros.’ Crazy Rich Asians continues to hold up, dropping just 26.9 percent to $6.35 million to hold onto fifth place for a second weekend. That brings its domestic total to an incredible $159.27 million after six weekends.

Earning $4.86 million to finish in sixth place was Sony Pictures/Studio 8’s White Boy Rick, which is the true story of drug kingpin Richard Wershe Jr., who in the 1980s became the youngest FBI informant ever at the age of 14. That was a drop of 45.1 percent, bringing its North American total to $17.27 million after two weekends. STX Entertainment’s Peppermint, the Jennifer Garner revenge thriller, finished with $3.68 million in seventh place. It has now brought in $30.30 million after three weekends. 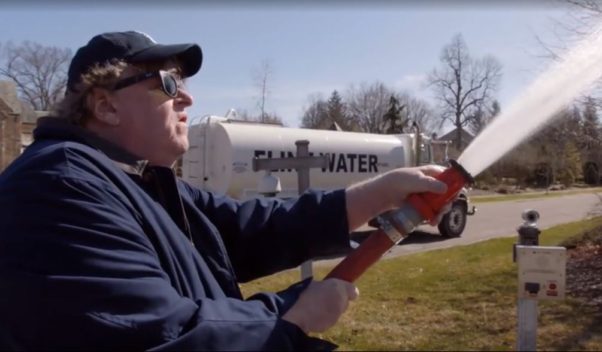 Meanwhile, Briarcliff Entertainment’s Fahrenheit 11/9 from Michael Moore debuted in a disappointing eighth place with $3.01 million. That ranks as the 15th largest ever for a documentary, but is still disconcerting although audiences did give the film good opening day ratings. The audience was predominantly males over the age of 25 for the film, which is Moore’s satirical takedown of the Trump presidency and the current political landscape in America.

Rounding out the Top 10 were Warner Bros.’ shark thriller The Meg in ninth place with $2.27 million, a 41.2 percent fall, giving the surprise hit $140.44 million in North America so far. And in 10th place was Sony/Screen Gems’ Searching, which slipped just 32.4 percent to $2.15 million. The critically-acclaimed John Cho thriller now has $23.09 million domestically to date.

Amazon Studio’s tear-jerker from This Is Us creater Dan Fogelman Life Itself debuted below already modest expectations with $2.12 million in 11th place. That is cause for concern considering Amazon paid $10 million for the star-studded drams with Oscar Isaac, Oliva Wilde, Antonio Banderas and Annette Benning. It didn’t help that the movie was got bad reviews ahead of its release.