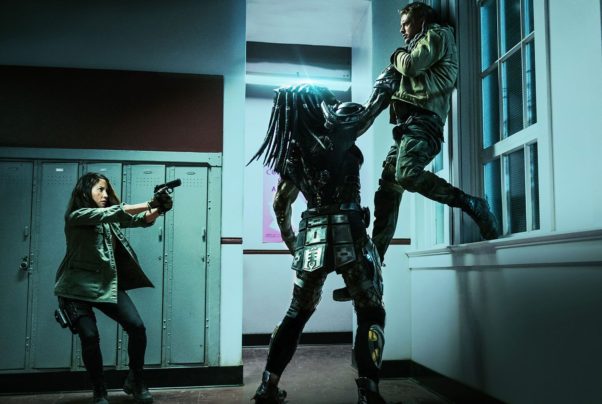 The Predator led the weekend box office with $24.63 million, the worst debut ever for a live action film. (Photo: 20th Century Fox)

Debuting in 4,037 theaters, the film’s opening is the worst for a live-action film opening in more than 4,000 locations, unseating The Mummy, which previously held the distinction after its $31.6 million opening in 4,035 theaters last summer. Whether it was the controversy swirling around the film, dwindling franchise interest or a combination of both is hard to say.

Directed by Shane Black, The Predator brought one of cinema’s most iconic villains back to the big screen. Despite opening on more screens than 2010’s Predators, which opened on 2,669 screens, the new film fell short of the original’s $24.7 million. That suggests audiences simply weren’t excited about the latest reboot of the long-running series. It didn’t help that The Predator performed poorly with critics or opening day audiences as attendance fell 18 percent from Friday to Saturday. The recent controversy surrounding cast member Steven Wilder Striegel – a registered sex offender who pleaded guilty in 2010 after facing allegations that he attempted to lure a 14-year-old female into a sexual relationship via the internet and served six months in jail — could have impacted the film’s opening weekend earnings as well. The actor’s scene was cut when the studio found out. He was cast by Black, who is his friend and knew about his history.

With a reported production budget of $88 million, The Predator needs to post strong holds over the coming weeks and/or perform robustly overseas. While the former seems unlikely — Predators plummeted more than 70 percent in its second weekend — the films have traditionally performed moderately well in international markets. Nonetheless, this is a disappointing domestic opening for what had been seen as the kickoff to a new string of Predator films.

Dropping to second place was Warner Bros. Pictures’ release of New Line Cinema’s horror hit The Nun, which took in $18.24 million in its second weekend. That is a steep 66.1 percent drop from the previous weekend, when the film grossed a higher-than-expected $53.81 million, and the sharpest second-weekend drop in the Conjuring franchise yet. Audiences were generally less keen on The Nun than previous films in the series, with opening-day audiences giving it franchise-low ratings. Nonetheless, its stands at a strong $85.11 million after 10 days, and it will easily top $100 million by the end of its run, becoming the fourth film in the franchise to do so.

Third place went to Lionsgate Entertainment’s new release A Simple Favor with $16.01 million. The dark comedy starring Anna Kendrick and Blake Lively benefitted from strong reviews, the power of its two stars and a savvy social media-driven marketing campaign that saw Lively delete her Instagram account for 24 hours. It performed a bit better than expectations and was about in line with this year’s Jennifer Lawrence thriller Red Sparrow with a $16.8 million opening and 21 percent higher than the Lively’s 2015 The Age of Adaline, which opened with $13.2 million.

Reviews certainly helped A Simple Favor’s performance, as did word-of-mouth with opening day audiences giving it a very good rating, which is the same as two previous hits from director Paul Feig, 2011’s long-running Bridesmaids and 2015’s Spy. While A Simple Favor is a smaller-scale release and probably won’t approach the $100 million-plus gross of either of those films, it is still an impressive start for the film, which has a reported production budget of $20 million. The audience for this one was heavily female at 67 percent. 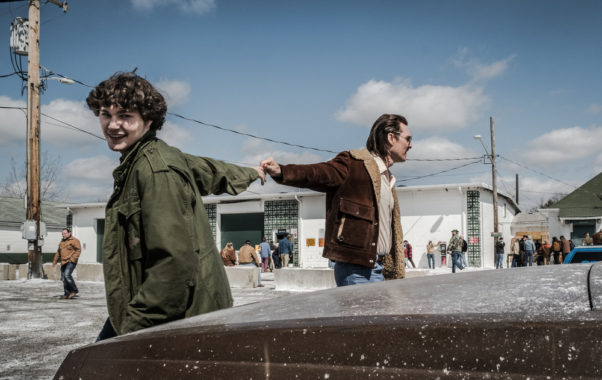 Debuting in fourth place was Sony Pictures/Studio 8’s White Boy Rick, which is the true story of drug kingpin Richard Wershe Jr., who in the 1980s became the youngest FBI informant ever at the age of 14. The movie performed about in line with expectations with $8.86 million, which is slightly higher than the $8 million debut of the similarly-themed Snowden. Critics gave it average ratings, while audiences liked it better.

Warner Bros.’ three-time champ Crazy Rich Asians dropped 33.8 percent to $8.69 million to finish in fifth place during its fifth weekend of release. That brings its domestic total so far to an incredible $149.54 million, easily putting the breakout hit in the Top 10 highest grossing romantic comedies of all time.

Sixth place went to STX Entertainment’s Peppermint, the Jennifer Garner revenge thriller with $6.00 million. It debuted with $13.42 million the previous weekend and fell 55.3 percent last weekend. That was about in line with this year’s similar Death Wish, which dropped roughly 49 percent in its second weekend and finished its domestic run with $34 million. Expect similar results for Peppermint, which has $24.2 million after 10 days.

Opening way down in 10th place was Pure Flix’s Unbroken: Path to Redemption, which debuted to weak $2.24 million in 1,620 locations. The semi-sequel to Angelina Jolie’s Unbroken suffered a similar fate as other recent faith-based films like God Bless the Broken Road and God’s Not Dead: A Light in Darkness, neither of which was able to break through with audiences. Like those titles, Path to Redemption is looking at a short theatrical life.