The Nun, Peppermint Take Over Lead

The fall movie season got off to a good start last weekend (Sept. 7-9) as Warner Bros. Pictures and New Line Cinema’s The Nun exceeded expectation to debut with $53.81 million, setting a new franchise opening record and delivering the second largest September opening ever. 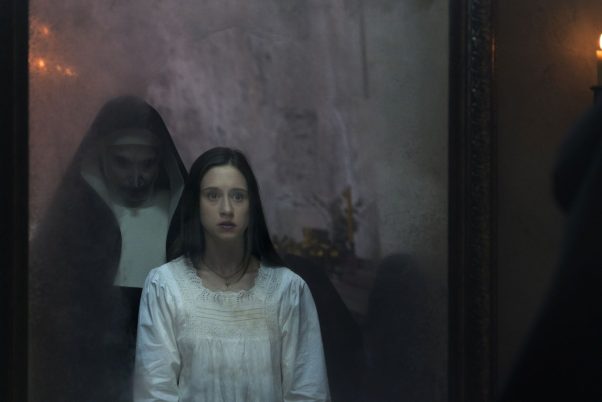 Following four previous films in what is now being referred to as the Conjuring Universe, The Nun set a new opening record for the franchise, easily beating the first Conjuring’s $41.8 million debut in 2013. It didn’t hurt that the movie had the widest release of any of the previous films in the series, debuting in 3,876 locations.

While far from the $123.4 million opening weekend of It last year, The Nun’s total stands as the second-highest September debut of all time. In fact, The Nun’s debut is also the second largest opening ever for an R-rated horror film, again behind It. It was helped along by a memorable trailer and a relative lack of recent major horror releases, which ramped up anticipation among genre fans. The opening audience was 51 percent male and 44 percent were 25 or older.

Last weekend was the fifth consecutive weekend that Warner Bros. has had the No. 1 domestic movie, following the three-weekend run of Crazy Rich Asians and The Meg before that.

The Nun was also a hit internationally, taking in $77.5 million from 60 overseas markets for a massive $131 million global debut. Building on its domestic dominance, it was the highest grossing international opening among films in the Conjuring Universe in like-for-like markets, including the largest opening ever for a horror film in 19 of those markets. The film’s top international market was Mexico where it delivered a $10.7 million opening. Looking ahead The Nun has yet to open in France, South Korea, Italy, Russia, Hong Kong and Japan. 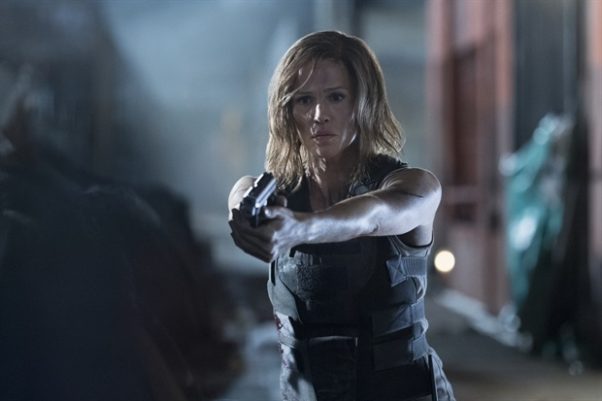 Second place went to STX Entertainment’s revenge thriller Peppermint with $13.42 million in its opening weekend, in line with expectations and almost identical to the similar Mile 22 last month. Among similar titles, its is about in line with this year’s Death Wish remake, which debuted to $13 million in March, and slightly below the $14.4 million John Wick opened to in 2014 and considerably under the $17.6 million opening of the Gabrielle Union thriller Breaking In from earlier this year. The opening weekend audience for Peppermint was 56 percent female and 78 percent was 25 or older.

Peppermint, which stars Jennifer Garner, received so-so audience reviews. A glut of similar fare recently, including last month’s The Equalizer 2, could have put a damper on Peppermint’s this one’s prospects. According to some reports, the budget for Peppermint was in the $25 million range, although STX did not finance it.

Dropping to third place after a three-weekend run at the top of the chart is Crazy Rich Asians, which fell 40.1 perecent to $13.15 million in its fourth weekend. The Warner Bros. smash now stands at an incredible $135.77 million, which already makes it one of the highest-grossing romantic comedies of all time. If it continues at its current pace, it could well end up in the $200 million range, rivaling the No. 1 rom-com of all time, 2002’s My Big Fat Greek Wedding with $241.4 million total.

In fourth place, The Meg continued its stellar run with another $6.09 million in weekend fifth weekend, down 42.2 percent, giving the shark thriller a total of $131.64 million to date and nearly three times as much overseas. Finishing in fifth, Sony Pictures/Screen Gems’ Searching slipped 24.7 percent to $4.57 million after adding more than 800 screens in its second weekend of wide release and third weekend overall. The John Cho thriller has now taken in $14.37 million to date.

Paramount Pictures’ Mission: Impossible – Fallout fell out of the Top 5 for the first time last weekend, finished in sixth place with $3.89 million in its seventh weekend. That was down 44.7 percent from the previous weekend’s three-day total. With $212.20 million in the bank, the Tom Cruise action film is now within striking distance of toppling Mission Impossible II as the highest-grossing franchise entry to date and should do so by next weekend.

In seventh place, Disney’s Christopher Robin dropped 35.6 perecnt and took in $3.40 million in its sixth weekend, giving the family film $91.93 million so far and bringing it closer to the $100 million mark. If it does cross that threshold, it would become the seventh Disney title to do so this year.

Eighth place went to MGM’s Operation Finale, which fell 52.3 percent to $2.87 million in its second weekend. It now has grossed $13.94 million domestially after 12 days.

Rounding out the Top 10 were Focus Features’ BlacKkKlansman in ninth place with $2.61 million, a 37.9 percent fall, in ninth place and Sony/Columbia Pictures’ Alpha with $2.52 million, a 44.6 percent drop, in 10th place. BlacKkKlansman has grossed $43.5 million domestically so far, making it the third-highest-grossing film from Spike Lee not adjusting for inflation, while Alpha stands at $32.46 million in North America.

Debuting even lower than expected outside the Top 10 was Freestyle Releasing’s God Bless the Broken Road, which took in $1.39 million in 1,272 locations, well below expectations landing it in 11th place. That is a far cry from the $17.1 million debut of I Can Only Imagine, another Christian-themed drama based on a hit song that finished its North American run with $83.4 million earlier this year.