Warner Bros. Pictures’ Crazy Rich Asians continued its phenomenal box office run over the Labor Day weekend (Aug. 31-Sept. 3), cashing in with $21.96 million over the three-day period and $28.58 million over the four-day weekend to capture first place for the third weekend in a row. 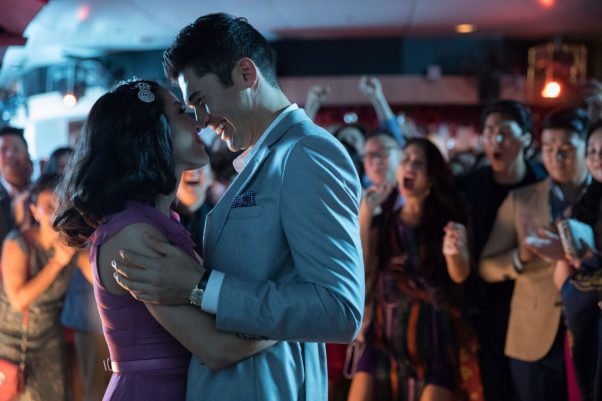 Adding more than 300 screens in its third weekend, Crazy Rich Asians continued to live up to its title, dipping 11.5 percent weekend-to-weekend after enjoying a slight 6.4 percent slip the previous weekend. That gives the smash hit rom-com an amazing $117.30 million through Monday, exceeding all expectations.

There hasn’t been a performance like this in the rom com genre since 2004’s My Big Fat Greek Wedding, although that film opened much more quietly in only a handful of theaters before slowly expanding week to week, ultimately topping out at 2,016 locations. Still, the two films are comparable in that positive word-of-mouth and repeat business lifted both to heights that no one had predicted. It is doubtful that Crazy Rich Asians can sustain the kind of momentum that My Big Fat Greek Wedding did given how different the marketplace is compared to 2004 when the latter played in theaters for a full year, but there is no reason to think that Crazy Rich Asians won’t continue to do well into the fall.

Coming in second for the third consecutive weekend in a row was The Meg, another surprise late-summer hit. The shark thriller reported another strong hold in its fourth weekend, slipping just 17.7 just 18 percent to $10.54 million over the three-day and finishing with $13.82 million for the four-day. That gives the Warner Bros. release a domestic total of $123.80 million though Monday, although it has taken in three times as much internationally, giving it a global total well north of $400 million. 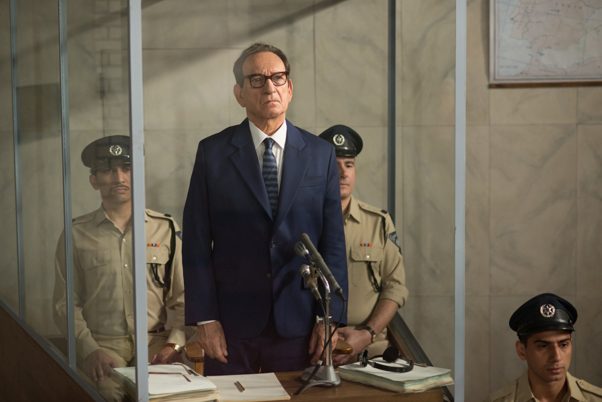 In fourth place in the final four-day ranking was MGM Studios’ Operation Finale, which debuted with $6.02 million over the three-day and $7.87 million for the four-day weekend. That was a bit below expectations. It is an okay start for the MGM release, which stars Oscar Isaac as a Mossad agent tasked with tracking down Nazi war criminal Adolf Eichmann (Ben Kingsley) in Argentina. Reviews were mixed for the historical drama, although audiences liked it much better. When adding in Wednesday and Thursday grosses, its domestic total is $9.60 million through Monday.

After enjoying a strong limited opening in nine locations the previous weekend, Sony/Screen Gems’ Searching expanded to more than 1,200 screens and earned $6.07 million through Sunday and $7.62 million through Monday to finish in fifth place, which surpassed expectations heading into the long weekend. The John Cho thriller has benefitted from positive buzz, a compelling marketing campaign and a unique visual concept. Its domestic total through Monday is $8.12 million.

Sixth place went to Disney’s Christopher Robin, which took in $5.28 million over the three-day, a drop of 15.7 percent, and $7.20 million for the four-day weekend. That is another strong hold for the family release, which has now earned $87.61 million in North America through Monday. Also holding on well last weekend was Sony/Studio 8’s Alpha, which brought in $4.55 million through Sunday, a 24.2 percent fall, and $6.04 million through Monday. That brings its total to $28.96 million domestically after three weeks.

Finishing in eighth place was Focus Features’ BlacKkKlansman, which took in $4.2 million through Sunday, a 17.6 percent dip, and $5.65 million through Monday. With $39.84 million so far, the politically-charged film is now the third highest-grossing Spike Lee release ever not adjusting for inflation, having surpassed The Original Kings of Comedy’s $38.1 million total last weekend.

Ninth place went to STX Entertainment’s The Happytime Murders, which took in $4.38 million during the three-day, a fall of 54.0 percent, and $5.39 million over the four-day weekend. The R-rated Melissa McCarthy Muppet comedy fell sharply from its disappointing $9.53 million debut the previous weekend, and it is on track to become McCarthy’s lowest-grossing movie to date. Through Monday, its domestic gross is $18.01 million.

Debuting outside the Top 10 was Lionsgate’s Kin, which grossed $3.04 million through Sunday and $3.87 million through Monday to finish in 12th place. With a wide release on 2,141 screens, that represents a per-theater average of just $1,400 for the Friday-Sunday period. The youth-skewing sci-fi action film seems to have suffered somewhat from a glut of similar product in theaters as of late, including The Darkest Minds and the previous weekend’s A.X.L.

Also of note last weekend, Disney-Pixar’s Incredibles 2 crossed the $600 million mark after bringing in $3.37 million domestically over the Friday-Sunday period and $4.72 million through Monday. That makes it the first animated film to ever cross that threshold in North America and only the ninth film ever. Its domestic total is $602.58 million through Monday.

The top 10 films grossed $73.80 million over the three-day weekend. That is 12.7 percent lower than the $84.54 million total the previous three-day weekend. However, last weekend’s $96.30 million four-day total is 56.1 percent ahead of the $61.71 million earned on the four-day Labor Day weekend last year, when The Hitman’s Bodyguard led with $13.27 million for the third weekend. Total box office year-to-date stands at $9.11 billion. That is 10.1 percent ahead of last year.