Although no one would say that Warner Bros. Pictures’ Crazy Rich Asians had a “crazy rich” weekend, it topped the weekend box office last weekend (Aug. 17-19) with $26.51 million. The heavily-hyped release led by a cast of Asian actors – arguably the first such film from a major studio since 1993’s The Joy Luck Club – earned $35.28 million since it debuted on Wednesday, coming in on the high end of expectations. Further down the Top 10, other new releases Mile 22 and Alpha opened to less impressive figures. 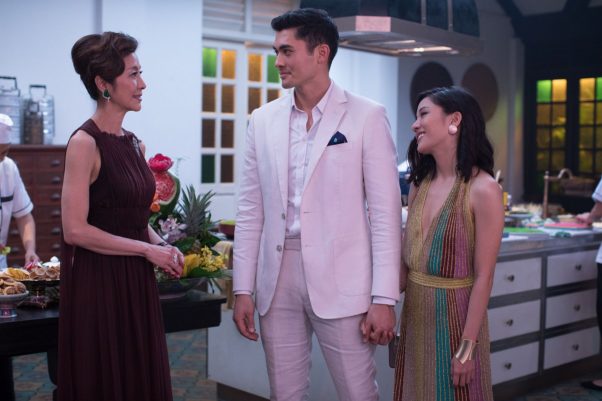 After weeks of advertising, strong social media and positive buzz, the rom-com carried through on its promise. But it had little in the way of competition, with no other major studio comedies currently drawing large numbers at the box office. Crazy Rich Asians could be in for a lengthy run, with positive word-of-mouth and the historic nature of the release serving to boost its prospects. Indeed, reports of individuals and organizations buying out theaters and organizing large groups to see the film have been widespread. It is a phenomenon that certainly helped strengthen the opening numbers, but could also have a ripple effect going forward as its cultural importance continues to be a draw for both new and repeat viewers.

Slipping to second place was last weekend’s leader, Warner Bros.’ The Meg, which fell 53.4 percent to $21.15 million in its second weekend for a total of $83.76 million after 10 days. The $150 million shark thriller is now assured a domestic gross of more than of $100 million, in addition to international receipts.

Debuting in third place was STX Entertainment’s Mile 22, the latest film from star Mark Wahlberg and director Peter Berg, who previously worked together on Lone Survivor, Deepwater Horizon and Patriots Day. With $13.71 million, the film improved on the wide opening of Patriots Day with $11.6 million, but came in significantly lower than both Deepwater Horizon with $20.2 million and Lone Survivor with $37.8 million. 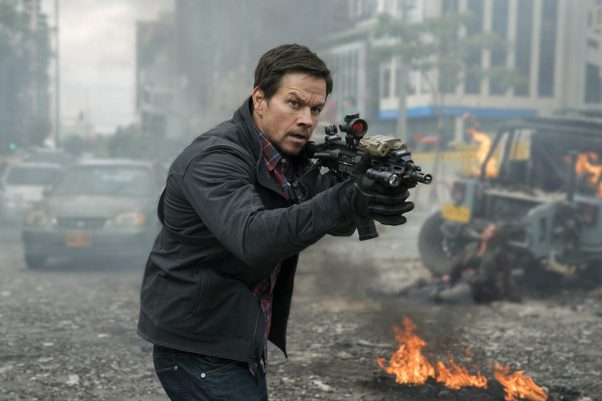 Compared with other recent male-driven releases, Mile 22 took in less than last year’s Tom Cruise-led American Made with $16.8 million and the Gerard Butler action film Den of Thieves with $15.2 million, although it did come in a bit higher than Death Wish, the revenge reboot starring Bruce Willis that debuted to $13 million back in March. On the plus side, the film’s reported budget is a relatively modest $35 million.

The late-summer blockbuster Mission: Impossible – Fallout fell 44.3 percent to $10.77 million to take fourth place in its fourth weekend. That gives the Tom Cruise franchise entry an impressive $181.01 million thus far, putting it just below the first Mission: Impossible’s $180.9 million final tally back in 1996 and giving it a decent shot of topping Mission: Impossible II’s $215.4 million total. Without adjusting for inflation, that would make it the highest-grossing installment of the franchise so far.

Opening with $10.35 million in fifth place was Alpha, which debuted slightly better than projected. The historical action/drama got good marks from viewers and critics, which could have helped push it a bit higher. 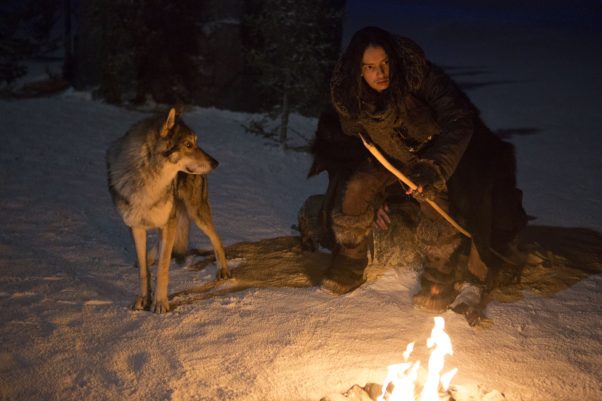 Alpha, the story of a boy and his wolf’s survival, debuted in fifth with $10.35 million. (Photo: Sony Pictures)

Alpha’s prehistoric setting, subtitled dialogue — the characters speak an unidentifiable language — and lack of big name actors (it stars the X-Men franchise’s Kodi Smit-McPhee) were always going to make this film a difficult sell for mainstream audiences, so it could be counted as a small victory that it debuted as high as it did. The last time we saw a major action film set in prehistoric times was 2008’s 10,000 BC, but it benefitted from the name value of Independence Day director Roland Emmerich and strong marketing. It debuted with $35.8 million and finished with $94.7 million domestically.

In sixth place was Disney’s Christopher Robin, which slipped just 31.6 percent to $8.86 million in its third weekend. The family movie has earned $66.88 million after 17 days, which puts it 18 percent ahead of Pete’s Dragon, which had earned $54.8 million at the same point, and 25 percent ahead of Paddington, which had earned $50.3 million. The film’s budget is unknown, although some reports put it in the $70 million range.

Finishing in seventh in its second weekend was Focus Features’ BlacKkKlansman with $7.38 million, a drop of 32.0 percent for the acclaimed Spike Lee film, which added nearly 300 theaters. It now stands at a good $23.39 million after 10 days, which puts in sixth place on the list of Lee’s top-grossing films of all time domestically, just behind Do the Right Thing with $27.5 million and just ahead of He Got Game with $21.5 million, without adjusting for inflation.

Sony’s horror flick Slender Man fell to eighth place in its second weekend, taking in $4.80 million for a total of $20.58 million after 10 days domestically. That is a fairly steep 57.8 percent drop from its $11.37 million debut the previous weekend, but not an unexpected one as this type of horror release is generally heavily frontloaded and tends to fade quickly.

Rounding out the Top 10, Sony’s Hotel Transylvania 3: Summer Vacation slipped 27.6 percent to $3.77 million in its sixth weekend to finish in ninth place for a domestic total of $153.96 million, while Universal Pictures’ Mamma Mia! Here We Go Again fell 41.8 percent to finish in 10th place with $3.41 million in its fifth weekend and $111.22 million to date.