In what was expected to be a neck-and-neck weekend at the box office last weekend (July 3-5), one film broke away from the pack as Paramount Pictures’ Mission: Impossible – Fallout earned $35.32 million. The action sequel beat three newcomers for the top spot. 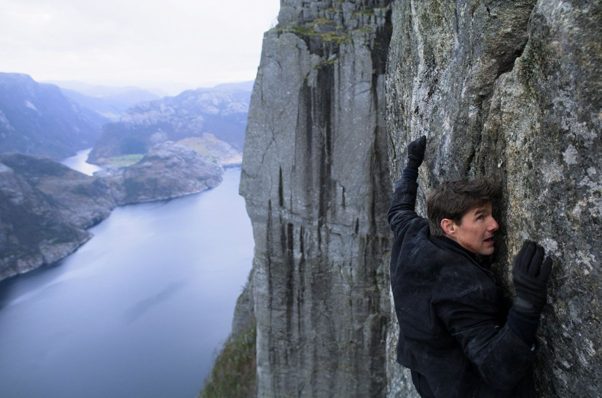 After leading the previous weekend, Tom Cruise-led sequel dropped only 42.3 percent in its second weekend. Among the six Mission: Impossible installments, that is the second-best second weekend hold. Only December 2011’s Ghost Protocol, with slipped 32 percent in its first post-holidays weekend, fared better.

Disney’s Christopher Robin, which had been expected to go toe-to-toe for the top spot, fell slightly behind expectations with $24.59 million. It is Disney’s lowest opening, not counting the studio’s nature documentaries, since Pete’s Dragon in August 2016.

On the other hand, Christopher Robin’s opening is still about as high as the entire cumulative gross of Disney’s previous installment featuring the characters. The fully animated Winnie the Pooh opened to $7.8 million in 2011 and ended up grossing $26.6 million total. 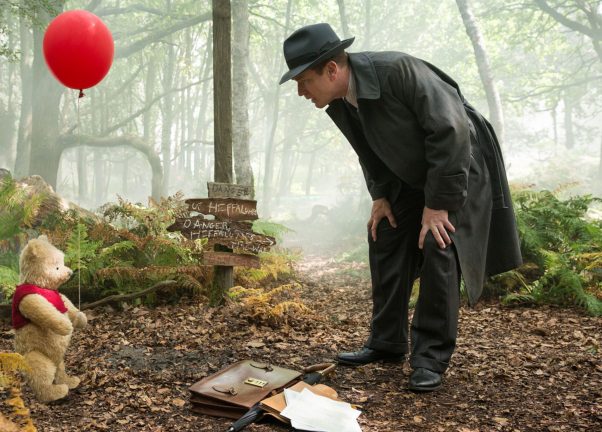 Disney’s Christopher Robin, which opened in second with $24.59 million, is the studio’s lowest opening, not counting its nature documentaries, since August 2016. (Photo: Walt Disney Studios)

Lionsgate’s action comedy The Spy Who Dumped Me starring Mila Kunis and Kate McKinnon debuted in third place with $12.10 million, about in line with expectations. Among similar titles, that is higher than Rough Night with $8.0 million and The House with $8.7 million, but slightly below Hot Pursuit with $13.9 million and A Bad Moms Christmas with $16.7 million.

Elsewhere at the box office, Universal Pictures’ Mamma Mia! Here We Go Again continued to hold up well fell only 40.4 percent to finish in fourth place with $9.00 million, bringing its domestic total after three weekends to $91.25 million. In fifth place, Sony Pictures’ The Equalizer 2 slipped just 37.5 percent to $8.76 million. So far it has earned $79.81 million after three weekends. Sony’s Hotel Transylvania 3: Summer Vacation also continued to perform well dipping only 34.7 percent to $8.00 million, bringing its domestic total after six weeks to $136.26 million. And in seventh place was Walt Disney Studios-Marvel Studios Ant-Man and the Wasp with $6.36 million, a 27.5 percent drop, bringing its domestic total so far after five weekends to $195.65 million.

This would seem to kill any possibility for a potential sequel, as has occurred with many other fantastical young-adult films this decade such as Percy Jackson, The Maze Runner, Divergent or The Hunger Games. Compared to similar titles, The Darkest Minds opened lower than The 5th Wave with $10.3 million, but higher than The Space Between Us with $3.7 million.

Rounding out the top 10, Disney-Pixar’s Incredibles 2 finished in ninth place with $4.98 million, a 31.4 percent drop from the previous week, brining its total to $583.11 million after eight weekends. And falling quickly from fifth place in its debut weekend to 10th place last weekend was Teen Titans Go! To the Movies, which fell 54.1 percent to $4.78 million in its second weekend. That brings it domestic grand total to only $20.70 million as it prepares to fall out of the top 10.

One other note from the weekend, Black Panther, Disney-Marvel’s superhero juggernaut that was released in February, crossed $700 million domestically on its 25th weekend. That is quite a feat considering it is only playing on 25 screens in the U.S. at this point, and the film had earned less than $100,000 for each of the past six weekends.

The film becomes only the third film to reach $700 million total, after Star Wars: The Force Awakens and Avatar. It also seems almost certain to ultimately finish higher than this summer’s Avengers: Infinity War, despite that title opening higher than Black Panther. Adjusted for inflation, Black Panther is the 30th highest grossing film ever. Four other films are ahead of it in the 21st century: The Force Awakens, Avatar, Jurassic World and the original Avengers.