Tales of the Mysterious and Grotesque

If you are having trouble picking which plays to see during the Capital Fringe Festival, let us help you cross one possiblity off your list: Tales of the Mysterious and Grotesque: The Works of Edgar Allen Poe. 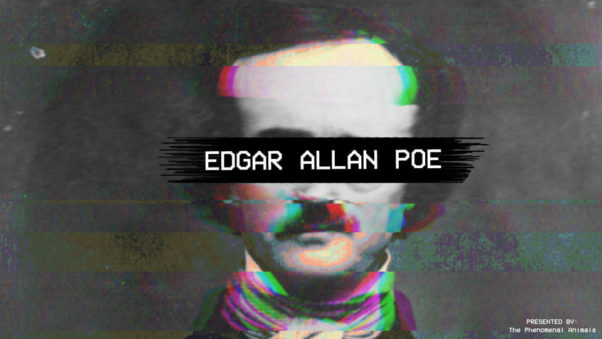 There are many themes to Edgar Allan Poe’s work: Perverse, mysterious, grotesque and merry. Those also happen to be the anmes of the characters in this compilation of scenes intended to reflect Poe’s work. That is about the only recognizable thing that ties these characters to the author.

The play is an original work written by Robert Cousins. Unfortunately, it is a thick, cumbersome, academic attempt at a journey into Poe’s writing. Themes and elements of Poe’s works are recognizable: Pluto the cat, obsession with a dead wife, mysterious sicknesses, life and death, paranoia and inner turmoil. But these themes are not pieced together skillfully enough for a play. Even the end of one act and the transition to the next is nothing more that the changing color of a light in the corner.

The show is loud and includes audience participation, which is ineffective and clumsy. Lucy Bond as Merry was the best of the actors. Her talent would shine with quality material. Olivia Litteral as Grotesque also has promise with her facial expressions that are unnerving during appropriate times in her performance. Jacob Wheatley portrayed a fairly good black cat, yet he was underutilized during the 60-minute prouction. But Brandon Walls as Perverse, who seems to have the biggest parts and most lines during the production, was the worst. He is continually flipping or pushing his hair out of his face, which was very distracting and often mangles his lines, which he then repeats.

The best scene, which is the only one that seemed to be cogent, was The System of Dr. Tarr and Professora Fether. The story line is predictable yet it includes a number of items and references from prior scenes making the prior scenes necessary and logical in the sequence of the play. Unfortunately, they need much more development to stand on their own leading up to act six of a seven-act play.

It is not an enjoyable performance, mostly due to the material. The dialogue is too thick and overwritten. Many scenes include gratuitous violence — Perverse poking out the eye of the black cat or murdering his wife with an ax — and loud noises that are uncomfortable in the small space.

The venue is miserabley small and audience members are crammed in like sardines and so close to the performers (there is no stage) that at times there is hardly time for them to walk between the props and the first row. The actors needed more space. There is not enough room for their movements and props. The actors’ performances were awkward and pulled the audience to noticing this deficiency rather than engaging with what was on display.

This Fringe play is in need of more development.