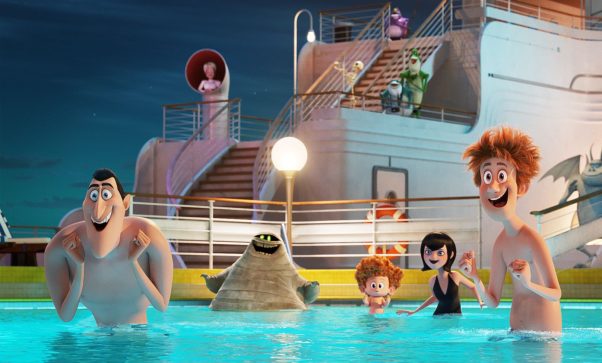 Hotel Transylvania 3 debuted similarly to the $42.5 million and $48.4 million opening of the franchise’s previous installments. If you add in the $1.27 million made by the sequel the previous Saturday, when several exclusive screenings for Amazon Prime members were held in approximately 1,000 theaters bringing its total to $45.35 million. It is worth noting that this is the first entry in the franchise to debut during the summer months, as the previous two installments debuted in September.

Impressively, Hotel Transylvania 3 did well despite the continued strength of the record-breaking Incredibles 2. It will benefit from positive word-of-mouth in the coming weeks. The first two films had staying power, with neither falling more than 40 percent weekend-to-weekend over their first several weeks of release. Luckily, Hotel Transylvania 3 has a two-week breathing period before the release of the next major animated title, Teen Titans Go! To the Movies, so it has the potential to continue that trend.

After debuting with $75.81 million the previous weekend, Ant-Man and the Wasp fell 61.6 percent to finish with $29.10 million in its weekend two, enough for a second-place finish. Compared with previous Marvel sequels, it was slightly more frontloaded than normal. By comparison, the original Ant-Man fell 56 percent in its second weekend, while Guardians of the Galaxy Vol. 2 fell 55.5 percent, Iron Man 2 fell 59.4 percent, Captain America: The Winter Soldier fell 56.6 percent and Thor: The Dark World fell 57.4 percent. The latest Marvel Comics Universe installment has taken in $133.08 million after 10 days, which is roughly 20 percent ahead of the first Ant-Man at the same point.

Coming in at the low end of expectations was Skyscraper, which debuted to a relatively disappointing $24.91 million in third place. That puts it even lower than Universal’s conservative weekend projection of $30 million. As it stands, expect this one to finish around $65-$75 million for its domestic run, and given the film’s $125 million budget, Universal is going to be looking for a strong performance overseas as they hope to have positioned Skyscraper as a film for a global audience. The opening audience breakdown was 55 percent male to 45 percent female, which is identical to the breakdown for Rampage in April. 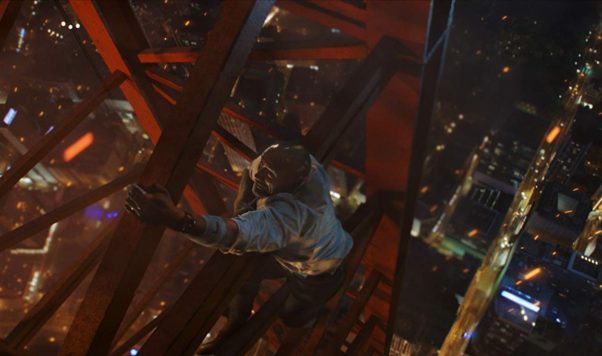 Relative to recent non-Fast and Furious-related Dwayne Johnson movies, Skyscraper opened significantly lower than Rampage with $35.7 million, Jumanji: Welcome to the Jungle with $36.1 million and Central Intelligence with $35.5 million and fell short of even Hercules, which debuted with $29.8 million in 2014 on its way to a disappointing final gross of $72.6 million domestically. That said, Johnson’s films tend to double and even triple their North American grosses internationally, and Skyscraper should prove to be no exception. Still, overseas markets will have to do even more heavy lifting than usual this time around.

Coming in fourth place in its fifth weekend, Disney-Pixar’s Incredibles 2 earned $16.26 million, down 42.8 percent, bringing its domestic total to a massive $535.86 million. After surpassing Finding Dory the previous weekend to become the highest-grossing animated film of all time in North America, last weekend the sequel surpassed both Rogue One: A Star Wars Story with $532.1 million and The Dark Knight with $534.8 million to become the ninth highest-grossing film of all time domestically.

In fifth, Jurassic World: Fallen Kingdom took in $16.20 million in its fourth weekend, a drop of 43.4 percent, bringing its domestic total to $363.98 million. The Universal sequel is now number 43 on the list of all-time top domestic gross, just ahead of Deadpool with $363 million and just behind Disney’s live-action Jungle Book with $364 million.

Falling to sixth place in its sophomore weekend was Universal’s The First Purge, which fell 46.4 percent to $9.31 million after debuting with $17.37 million the previous weekend. That gives the horror-action sequel $49.69 million after 10 days, putting it just slightly behind the pace of the three previous films in the franchise, all of which dropped more than 60 percent in their second weekends.

Seventh place went to Annapurna’s Sorry to Bother You, which took in $4.21 million in its expansion to 805 theaters after debuting to a stellar $727,266 on only 16 screens in its limited debut the previous weekend. It now has grossed $5.27 million domestically and is primed to expand wider after last weekend’s performance.

Rounding out the Top 10, Sony Pictures’ Sicario: Day of the Soldado dropped 49.1 percent to $3.88 million in its third weekend for eighth place, giving it a domestic total of $43.23 million and putting it just a few million shy of the first Sicario’s $46.8 million lifetime gross in North America. In ninth, Lionsgate’s Uncle Drew took in $3.19 million, a fall of 42.6 percent for a total of $36.65 million after three weeks, while 10th place went to Warner Bros. Pictures’ Ocean’s 8, which took in $2.91 million, down 42.6 percent, for a total of $132.25 million after six weeks.