Ant-Man and the Wasp Buzzes into First Place

Walt Disney Studios-Marvel Studios’ Ant-Man and the Wasp buzzed to the top of the box office last weekend (July 6-8) with $75.81 million. Although that was at the lower end of expectations, it was 32.5 percent higher than the original Ant-Man’s $57.2 million in 2015. 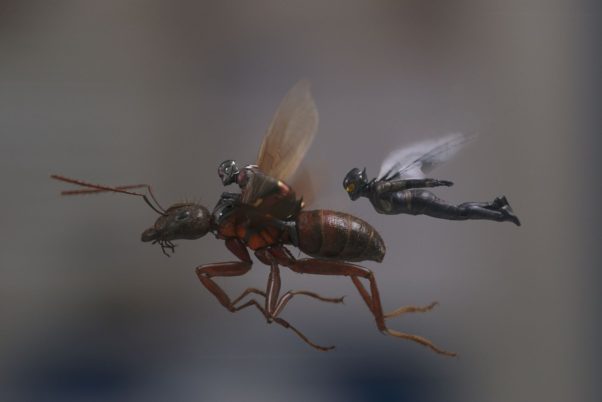 After opening with $33.8 million on Friday — including Thursday night previews — Ant-Man and the Wasp, which stars Paul Rudd and Evangeline Lilly in the title roles, slowed a bit as the weekend progressed. It finished in the lower end of Marvel Comics Universe opening weekends, falling between Thor’s $65.7 million and Thor: The Dark World‘s $85.7 million). Nonetheless, last weekend’s performance makes it the third official MCU blockbuster of 2018, after Black Panther and Avengers: Infinity War, marking by far the most successful year the studio has had in its history.

This year, Black Panther and Avengers: Infinity War have brought in a combined $1.37 billion domestically and $3.37 billion worldwide, raising MCU’s box office to even greater heights. No one expected Ant-Man and the Wasp to come anywhere near the performance of those films. Still, $76 million represents an impressive increase for the standalone Ant-Man series. It is worth noting that, as opposed to the first Ant-Man which introduced a character few outside the core fangirl/boy demo were familiar with, the sequel benefitted from heightened awareness for the title hero, who also previously appeared in Captain America: Civil War before getting his own follow-up.

Fighting it out for second were blockbuster holdovers Jurassic World: Fallen Kingdom and Incredibles 2, with the former coming out slightly ahead with $28.63 million, a drop of 53.0 percent.

That brings the Universal Pictures blockbuster’s North American total to $333.39 million after three weekends. While substantially lower than its immediate predecessor at the same point in its run ($500.3 million), it is nonetheless an impressive total that puts it in fourth on the list of 2018 releases, just ahead of Deadpool 2 and behind Black Panther, Avengers: Infinity War and Incredibles 2.

Disney-Pixar’s Incredibles 2 finished in third place with $28.41 million, a 38.8 percent fall. That brings the animated blockbuster’s domestic total to $503.77 million after four weekends. It is now the highest-grossing animated film of all time domestically, having surpassed Finding Dory‘s $486.2 million last weekend. It is also now the 11th highest-grossing movie of all time in North America, surpassing the live-action Beauty and the Beast‘s $504 million total on Sunday.

Incredibles 2 will easily surpass Rogue One: A Star Wars Story with $532.1 million and The Dark Knight with $534.8 million to become the ninth highest-grossing domestic release of all time. And if it holds especially well in the coming weeks, it could even pass Star Wars: The Last Jedi and The Avengers, which currently sit in eighth and seventh place on the all-time chart with totals of $620.1 million and $623.3 million, respectively in North America. 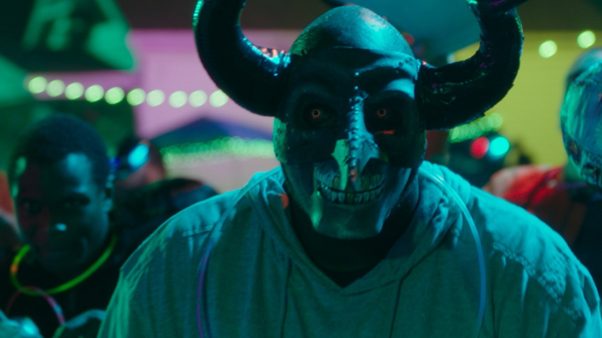 Meanwhile, Universal’s horror prequel The First Purge debuted in fourth with $17.37 million over the weekend and $31.28 million since opening on Wednesday, coming in at the low end of expectations. While a good total relative to its reported $13 million budget, the weekend number is the lowest in the franchise by far, coming in $12 million below The Purge: Anarchy‘s $29.8 million debut.

Fifth and sixth place went to sophomore holdovers Sicario: Day of the Soldado and Uncle Drew, which followed up on their better-than-expected debuts the previous weekend to take in $7.62 million and $6.61 million, respectively.

Dropping a substantial 59.9 percent from its $19.01 million opening weekend, Day of the Soldado‘s domestic total stands at $35.63 million and is on track to meet or exceed the domestic take of the first Sicario, which took in $46.8 million in fall 2015. But that film dropped just 37.6 percent in its second weekend and posted declines of less than 40 percent for several weeks afterwards.

Uncle Drew, meanwhile, held up slightly better, falling 56.6 percent from its $15.24 million opening the previous weekend. That gives the basketball comedy, which is based on a series of popular Pepsi ads, a $29.93 million total after 10 days.

In seventh place, Ocean’s 8 earned $5.07 million in its fifth weekend, a drop of 39.1 percent, giving it a North American total of $126.53 million. The ensemble sequel has surpassed the domestic totals of both Ocean’s Twelve and Ocean’s Thirteen without adjusting for inflation. In eighth place, Warner Bros. Pictures’ Tag took in $3.03 million in its fourth weekend, giving the R-rated comedy a domestic total of $48.26 million so far.

Finishing in ninth place after expanding to 891 theaters was Focus Features’ Won’t You Be My Neighbor?, which earned $2.57 million, an increase of 6.2 percent. With a domestic total of $12.36 million, it is the second sleeper hit documentary of the summer after RBG, which opened in May and has brought in nearly $12 million domestically.