It was a slow summer weekend at the box office as Jurassic World: Fallen Kingdom and Incredibles 2, the top two films the previous weekend, remained the same last weekend (June 29-July 1). Meanwhile, newcomers Sicario: Day of the Soldado and Uncle Drew had healthy debuts in third and fourth place heading into the July 4th holiday. 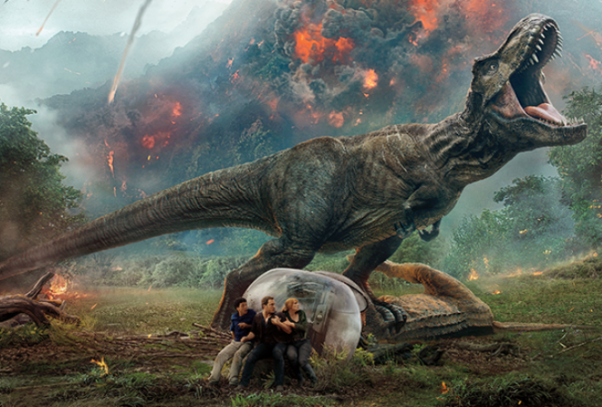 After debuting at the high end of expectations last weekend with $148.02 million, Universal Pictures’ Jurassic World: Fallen Kingdom fell 58.9 percent to $60.91 million, giving the sequel a very good $265.70 million after 10 days. While that is a sharper second-weekend decline than Jurassic World, no one expected Fallen Kingdom to demonstrate the same kind of staying power as its predecessor, which exceeded all predictions back in the summer of 2015 when it was released. The current release benefitted heavily from pent-up fan excitement after a 14 year franchise hiatus. A better comparison might be Furious 7, which debuted with $147.1 million and fell 59.5 percent in its second weekend. That sequel finished with $353 million domestically, so at its current pace Fallen Kingdom may well end up in that same ballpark.

In its third weekend, Walt Disney Studios-Pixar’s Incredibles 2 took in $46.42 million, a drop of 42.2 percent, giving the sequel $440.60 million after 17 days, more than total gross of The Incredibles, even after adjusting for inflation. That makes the superhero blockbuster the third highest-grossing animated film of all time, as it passed Toy Story 3 with $415 million and The Lion King with $422.7 million. It will soon top Shrek 2 with $441.2 million and Finding Dory with $486.2 million to become the top animated film of all time domestically. 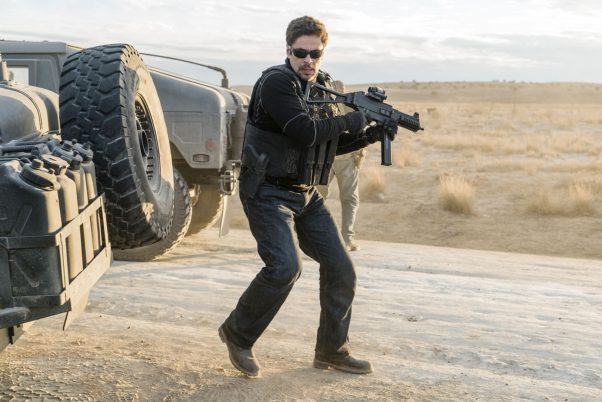 The action sequel reunites Benicio del Toro and Josh Brolin, two of the stars of Sicario, which took in $12.1 million in its 2015 wide opening after playing in limited release the prior two weeks.

With Sony predicting a $12 million debut going into the weekend, Day of the Soldado came in at the high end of expectations, despite the fact that it lost star Emily Blunt and original director Denis Villeneuve, as well as getting more mixed reviews than its predecessor. Much of the turnout can likely be attributed to audience goodwill from the first film, which had a rather long run and finished with $46.8 million.

In fourth place, Lionsgate-Summit’s Uncle Drew — based on a series of Pepsi commercials — also performed better than expected, taking in a very good $15.24 million in its debut. Starring NBA star Kyrie Irving in the title role along with Get Out’s Lil Rel Howery and a cast of professional basketball players including Shaquille O’Neal and Lisa Leslie, it certainly benefitted from its cast of all-stars, although it also had little in the way of comedy competition.

Taking in $8.33 million in fifth place with a 27.9 percent drop was Warner Bros. Pictures’ Ocean’s 8, which has grossed $115.00 million after four weekends. The heist flick is currently running ahead of both Ocean’s Twelve and Ocean’s Thirteen and will soon top the lifetime grosses of both those installments.

Warner Bros.’ Tag finished in sixth with $5.88 million in its third weekend, representing a drop of 28.7 percent from the previous weekend. The R-rated comedy has grossed $41.13 million domestically so far. Seventh place went to 20th Century Fox’s Deadpool 2 with $3.57 million, a 32.3 percent slip. It has now earned $310.47 million in North America.

In eighth place, 20th Century Fox’s Sanju took in $2.72 million in its opening weekend on 356 screens, placing it unexpectedly in the Top 10. The biography of Bollywood star Sanjay Dutt debuted simultaneously in India, where it took in another $21.6 million.

Rounding out the Top 10, Focus Features’ Won’t You Be My Neighbor? continued to expend into 645 theaters with $2.42 million. The acclaimed Mr. Rogers documentary has earned a solid $7.62 million in four weeks, making it the second documentary to break out over the last couple of months after Magnolia’s RBG, which earned $11.55 million since opening in early May.