D.C. City Council is considering a bill that would make it illegal for restaurants, coffee shops, food trucks and other retail food establishments to not accept cash. 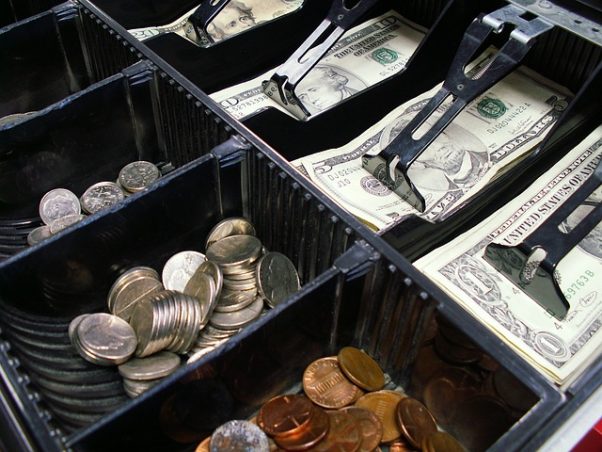 If passed, a new bill introduced Tuesday would require restaurants, coffee shops, food trucks and other eateries to accept cash.
(Photo: No Sheep/Pixabay)

If passed, the bill would make it illegal for eateries to discriminate against customers who prefer to use cash or do not have access to credit cards or other payment methods.

“Several local quick service restaurants, coffee shops, food trucks and other businesses have recently implemented new policies to ban the use of cash as a form of payment,” Grasso said when introducing the bill. “This practice requires that patrons have a credit card in order to purchase a salad at Sweetgreen, frozen yogurt at Menchie’s or a sandwich at Jetties.”

He said that not accepting cash is discriminatory because 10 percent of District residents don’t have bank accounts and another 25 percent don’t have access to a credit card.

“In addition, this practice is discriminatory against youth, who are often unable to obtain a credit card, impacting many of our middle and high school students,” Grasso said. “By denying patrons the ability to use cash as a form of payment, businesses are effectively telling lower-income and young patrons that they are not welcome. These are customers who could otherwise afford the simple luxury of a glazed tread from B Doughnut in Union Market, though they may not have the ability to obtain a credit card.”

He said the practice of going cashless also effects customers who prefer to pay with cash to manager their budget or avoid the risk of identity theft that comes with credit card use.

Sweetgreen was among the first to stop accepting cash back in March 2017. Businesses cite safety as the main reason, reducing the likelihood of a robbery if there is no cash on hand. Others say it is a logistical decision when retail food establishments are near banks. Or, in JRINK’s case, its outlets are often located in other businesses like gyms, making it hard to control security.

MOD Pizza, 909 Ellsworth Place, Silver Spring, and 4401 Woodberry St., Riverdale Park, introduced its first “impact pizza” that will spotlight teen suicide and mental health, and be available until Oct. 1. The chain will donate at least $50,000 to the Jed Foundation and will have crisis outreach cards available, as well as information on how to connect to JED and its resources. 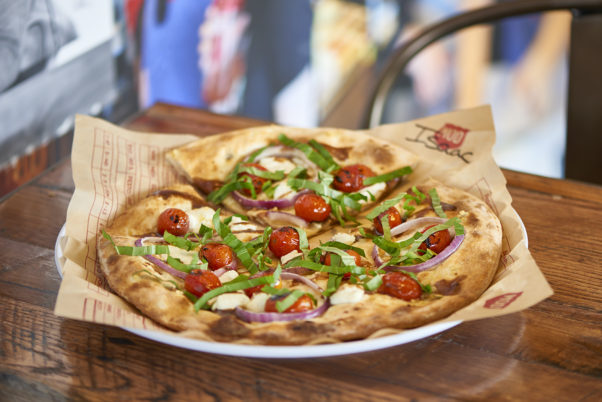 The Isaac pizza has an olive oil base topped with garlic, ricotta cheese, sliced red onion and roasted red tomatoes finished with a swirl of balsamic vinaigrette and topped with fresh basil (Photo: MOD Pizza)

The Isaac pizza, named for 15-year-old Isaac Pedley of Naperville, Ill. who committed suicide in April 2017, has an olive oil base topped with garlic, ricotta cheese, sliced red onion and roasted red tomatoes finished with a swirl of balsamic vinaigrette and topped with fresh basil. Pedley often hung out at the local MOD Pizza after moving to town. He was buried in a MOD T-shirt and the manager and staff attended his funeral.

“We are committed to using our business as a platform to make a positive difference in our communities. Sometimes, how we can help is revealed to us in unexpected ways. This has certainly been the case with Isaac – a special customer who connected deeply with his local MOD Squad in Naperville, Illinois, and sadly died by suicide last year. When Isaac’s family shared his story with us, we felt compelled to act,” said Ally Svenson, MOD co-founder.

Off the Record adds Sanders, Macron and Mueller coasters 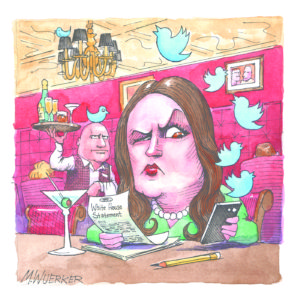 You can now rest your drink on Sarah Huckabee Sanders’ face at the Hay-Adams’ Off the Record bar. (Photo: Hay-Adams)

The Hay-Adams has commissioned more than 25 collectable versions so far with works by cartoonist and Pulitzer Prize winner Matt Wuerker, who designed the Sanders and Macron coasters, and cartoonist Kevin “Kal” Kallaugher, who drew the Mueller coaster. 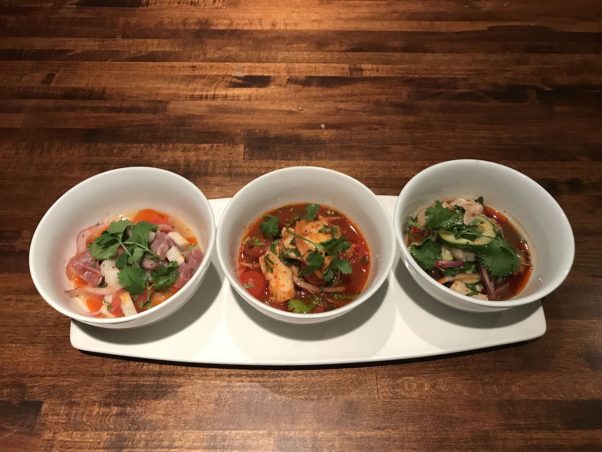 From June 25-30, the restaurant will offer shrimp with chipotle, smoked peppers, tomato, lemon and corn; rockfish aguachile with cucumber, chile pequin, red onion and citrus; and Spanish octopus with jalapeño, cantaloupe and mango chili de arbol. The ceviches are available a la carte, ranging from $12-$13, or as a flight with all three priced at $20 during lunch and dinner service.