Incredibles 2 more than lived up to its title last weekend (June 15-17), grossing more than any other animated film in history with $182.68 million including Thursday night previews, far exceeding expectations. 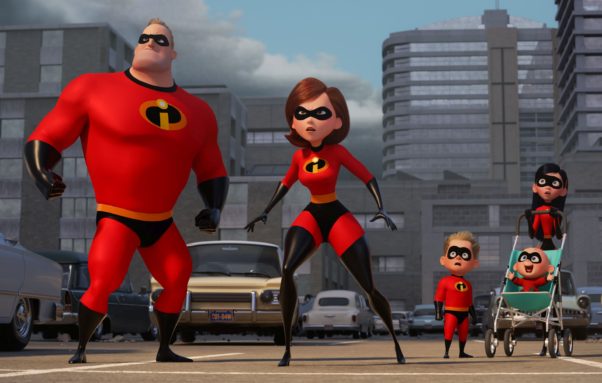 The Walt Disney Studios-Pixar release not only broke the record set by the previous bet animated opening ever by Shrek 2 in 2004 with an inflation-adjusted $161.9 million and Pixar’s previous best opening of Finding Dory in 2016 with an inflation-adjusted $141.70 million. It also ranks as the eighth highest domestic debut of all time – just edging out Captain America: Civil War’s $179.1 million – and the biggest opening ever for a PG-rated movie, beating Beauty and the Beast’s $174.7 million debut from last year. Also, it ranks as the second-highest June opening of all time, just behind Jurassic World’s $208.8 million.

Among superhero films, it was the fifth-highest opening weekend of all time, behind only Avengers: Infinity War with $257.6 million, The Avengers with $207.4 million, Black Panther with $202 million and Avengers: Age of Ultron with $191.2 million.

Incredibles 2 opened 60 percent ahead of the first installment, which took in $70.4 million in November 2004 or $92.7 million adjusted for inflation. That is an even bigger jump than the one enjoyed by Finding Dory over Finding Nemo — $135 million vs. $70.2 million — which is the best comparison of Pixar sequels given the length of time between the first and second films in each of those series. Incredibles 2 looks destined to enjoy strong viewership in the weeks ahead given the lack of similarly family-friendly films on the horizon.

Falling 54.4 percent in its second weekend, last weekend’s leader Warner Bros. Picture’s Ocean’s 8 earned $18.97 million last weekend, bringing the reboot of the long-running franchise to a very good $78.59 million after 10 days. That drop is on the higher end for films in the heist series, falling about in line with 2004’s Ocean’s Twelve, which fell 53.7 percent its second weekend. Nonetheless, it is currently about 8 percent ahead of series high Ocean’s Eleven at the same point in its run. 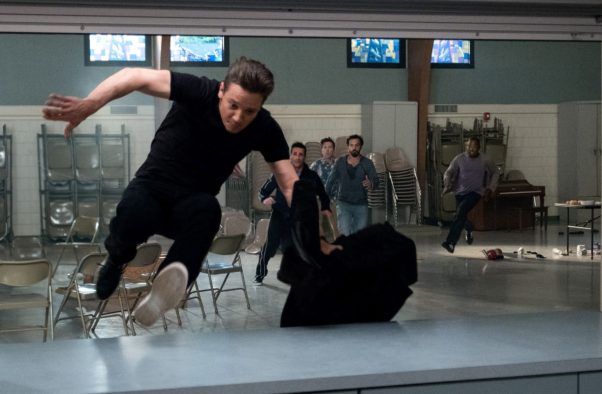 Also opening last weekend was Warner Bros.’ Tag, which took in $14.95 million. That was a decent opening for the adult-oriented comedy, which stars Jeremy Renner, Jon Hamm, Ed Helms, Jake Johnson and Hannibal Buress as a group of 40-something men who have engaged in a long-running game of tag since they were kids. The film garnered mixed reviews, but fared better with audiences. The film’s opening weekend audience was split almost evenly between men and women, 49 to 51 percent.

Compared to similar R-rated comedies, Tag opened slightly lower than both Game Night with $17 million and Blockers with $20.5 million. Both of those films held up well during their runs, finishing with $68.9 million and $59.8 million, respectively. With its leaner debut, Tag will need to hold up exceptionally well to finish in either of those ballparks.

Dropping to fourth place was Disney-Lucasfilm’s Solo: A Star Wars Story, which fell 36.5 percent to $10.00 million, bringing its total to $193.77 million after four weeks of play. In fifth place, 20th Century Fox’s Deadpool 2 held steady with $8.68 million in its fifth weekend for a total of $294.56 million. Look for it to cross $300 million next weekend.

The weekend’s other wide debut, Sony Pictures’ Superfly, got an early jump on the weekend by opening Wednesday, when it grossed $1.2 million. Through Sunday, the action film earned $9.01 million and $6.87 million over the three-day period to finish in sixth place. Compare that to 2000’s Shaft starring Samuel L. Jackson, which opened to $21.7 million and grossed a total of $70.3 million domestically. Of course, it greatly benefitted from Jackson’s starpower in the lead role. Superfly has a reported budget of $16 million.

Seventh place went to A24’s acclaimed horror film Hereditary, which took in $6.86 million in its second weekend, a drop of 49.5 percent from its $13.58 million opening. That gives the film $27.02 million after 10 days. In eighth place, Diseny-Marvel’s Avengers: Infinity War earned $5.44 million for a $664.35 million total so far in North America, surpassing Titanic to become the fourth-highest grossing film of all time domestically.

Rounding out the Top 10, STX Entertainment’s Adrift took in $2.20 million in ninth place for a $26.91 million total after three weeks, and Paramount Pictures’ Book Club finished in 10th place with $1.83 million in its fifth weekend. It now has grossed $61.98 million as it begins winding down its theatrical run.