Osteria Costa, an MGM Resorts International original concept that debuted last December at The Mirage in Las Vegas, will replace the shuttered Marcus at the MGM National Harbor. 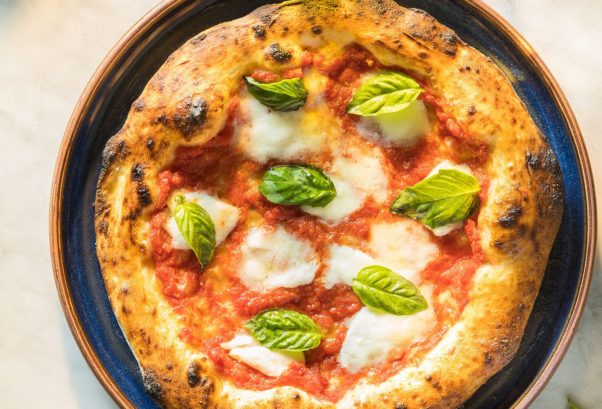 Osteria Costa will fill the space formerly occupied by celebrity chef Marcus Samuelsson’s Southern and Ethiopian-tinged restaurant, which closed in early January. Marcus. The Conservatory Café, which has temporarily filled the space, will close in July.

Osteria Costa will feature Italian cuisine from the Amalfi Coast such as wood-fired Neapolitan pizzas, homemade pastas and breads, hand-pulled mozzarella, fresh seafood and Italian sprits. According to a press release, its “design will bring with it an authentic feel of Southern Italy’s most desired coastline The venue will be immersed in a color palette of seaside blues and greens, accentuated by lush greenery, light wood furnishings and rustic touches.” It is expected to open sometime this fall.

Marcus was MGM’s only 24/7 restaurant. Osteria Costa will be open daily for dinner and cocktails. 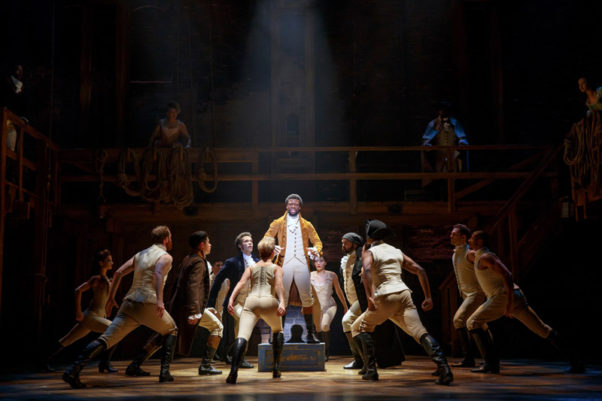 The specially-crafted rendition of the restaurant’s prix fixe dinner includes a first course of pan seared scallops, a nod to Alexander Hamilton’s water-surrounded birthplace in the Leeward Islands, marinated in aged sherry and shallot sauce, and plated over a cheesy fondue of spinach. Entrée selections include the salmon paired with fennel and sweet tomato with coriander and balsamic essence; and beef short ribs, a tribute to one of Hamilton’s favorite foods, served with garlic potato purée in a robust thyme red wine sauce. Dessert draws inspiration from the founding father’s French roots with the marjolaine of hazelnut dacquoise, a rich chocolate cremeux with white coffee gelato. A cocktails, the First Secretary($14), pays homage to Hamilton in his role as the first Secretary of the Treasury. It combines blended scotch whiskey, fresh lemon juice, honey-ginger syrup and Islay single-malt scotch Ardbeg on the rocks garnished with candied ginger.

The pre-theater menu is available from 4:30-6:30 pm. daily. Complimentary car service to and from the Kennedy Center from Marcel’s is available on a first come-first serve basis.

Watch the World Cup matches at the Royal

The Royal, 501 Florida Ave. NW, opens at 8 a.m. daily and will show all the World Cup matches now through July 15 on the bar’s large projector screen. 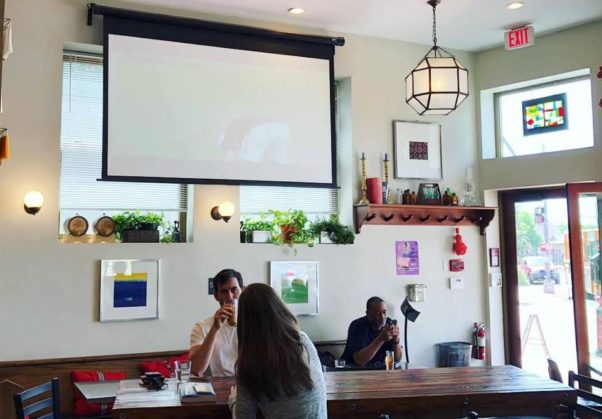 The Royal will show all the World Cup games on its large projector screen beginning at 8 a.m. (Photo: The Royal/Facebook)

Although alcohol isn’t served until 11 a.m., soccer fans can enjoy coffee, tea and full breakfast during morning games. And soccer fanatics can enjoy happy hour specials daily from 3-7 p.m. and noon-7pm on Mondays with $3 Miller High Life, $7 classic cocktails, including the Hemingway daiquiri, old fashioned, Hanky Panky, Paloma, Sazerac and more, a $7 daily selection of one red, one white and one rosé wine, and food specials such as house fries drizzled with aji Amarillo mayo and ketchup for $5, a cheese arepa with avocado and pickled slaw for $7, grilled avocado atop red quinoa and lentils for $7, a hearts of palm arepa stuffed with grilled cabbage and salsa rosada for $8 and a beef arepa stuffed with avocado and cheese for $8.

The Colombian-inspired spot will serve Colombian drink specials during matches with the Colombian team on June 19, 24 and 28 including refajo, made with Colombiana soda that is similar to cream soda, plus beer and Aguardiente boilermakers. 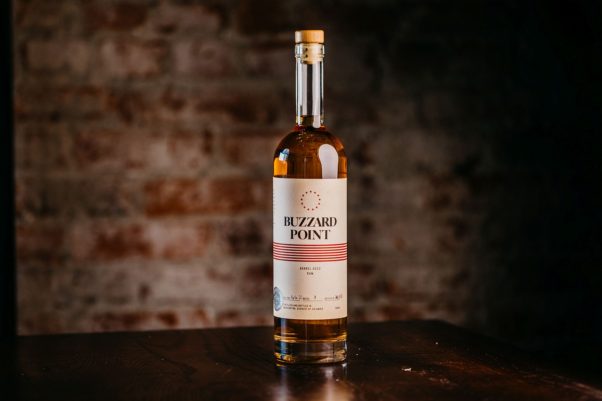 The newest addition to their Buzzard Point line of rums gives this craft-distilled artisan spirit a unique twist by using panela, which gives the rum unique fruity and grassy notes. The new Buzzard Point barrel-aged rum is available at District Distilling’s retail shop and liquor stores throughout the DMV for $34.99 for a 750ml bottle.

It is a barrel-aged take on the distillery’s colonial-style white rum. Fermented panela sugar imported from small farms in Colombia and yeast typically used to ferment scotch whiskey make the basis of the rum. The fermented sugars are distilled twice to 140-proof before it is barreled at 104-proof in five-year-old Tennessee bourbon barrels and aged for more than 18 months. The result is a spirit with grassy and tropical fruit notes of vanilla, honey and cinnamon.

The new spirit is incorporated into classic cocktails such as the Pogo Pogo with Buzzard Point aged rum, lime juice, green chartreuse, crème de cacao, pineapple juice and Ghost White IPA priced at $12 at the restaurant and bar.

The Oval Room, 800 Connecticut Ave. NW, is now serving an afternoon “High Teasse,” a nod to traditional high tea with a modern, sexy twist, from 2-5 p.m. Monday through Friday on its patio or in its bar/lounge for $25 per person. 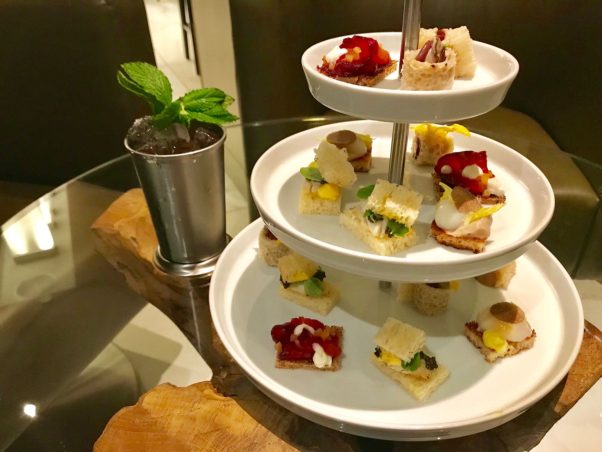 The Oval Room is now serving “High Tease,” its version of an afternoon high tea, from 2-5 p.m. Monday through Friday.
(Photo: The Oval Room) 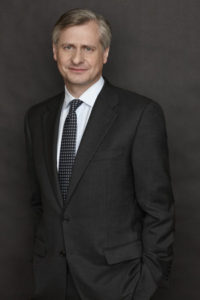 Author John Meacham will be at the Hay-Adams, 800 16th St. NW, to discuss his latest book The Soul of America: The Battle for Our Better Angels during the hotel’s next author series luncheon on Wednesday, June 20 from noon-2 p.m. in the Top of the Hay restaurant. Tickets are priced at $90 per person and include a three-course menu themed around the book with wine pairings. (Neither the hotel nor its publicist supplied a copy of the menu.)

Meacham is a presidential historian, former executive editor and executive vice president at Random House, as well as a contributing editor of Time magazine and a commentator on politics, history and religious faith in America. He won the 2009 Pulitzer Prize for Biography for American Lion: Andrew Jackson in the White House. Meacham also wrote Thomas Jefferson: The Art of Power and Destiny and Power: The American Odyssey of George Herbert Walker Bush.

His newest book, The Soul of America: The Battle for Our Better Angels, is about what Abraham Lincoln called the “better angels of our nature.” Painting surprising portraits of Lincoln and past presidents, as well as monumental moments in the U.S. history, Meacham brings turning points in American history to life. He reassures readers that each of these dramatic hours in our national life have been shaped by the contest to lead the country to look forward rather than back, to assert hope over fear — a struggle that continues even now.

Kramerbooks will be on hand so guests can purchase a copy of the book, which Meacham can sign and personalize after the luncheon.

Red’s Table, 11150 South Lakes Drive, Reston, will host a dinner showcasing a variety of rosé wines from both Europe and the United States on Saturday, June 23 starting at 7:30 p.m. Tickets are $95 per person for the five-course meal. 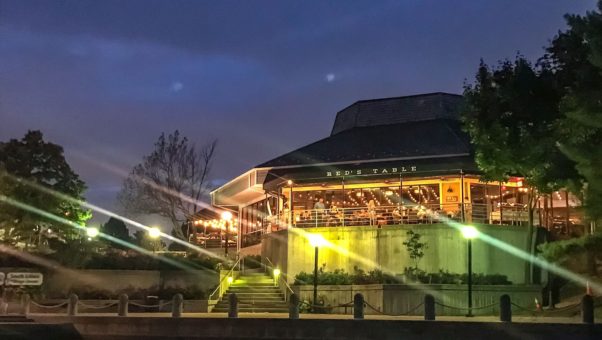 Cuba Libre Restaurant & Rum Bar, 801 Ninth St. NW, will host three World Cup viewing parties in its 50-seat bar/lounge with four 50-inch flat-screen TVs from 2-5 p.m. on June 24 for the Poland vs. Colombia game, on June 25 for the Spain vs. Morocco game and on June 26 for the Nigeria vs. Argentina game. 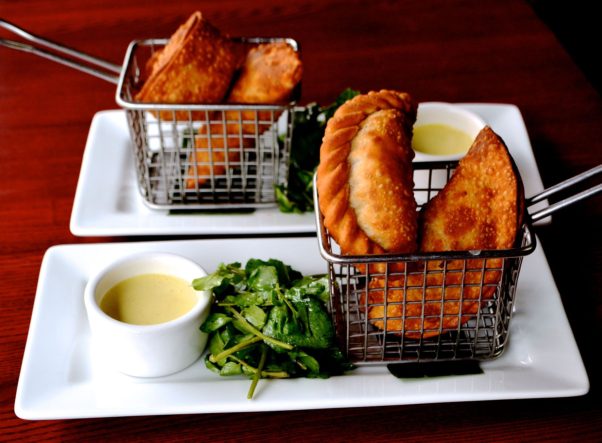 Cuba Libre will host World Cup viewing parties from 2-5 p.m. next Sunday, Monday and Tuesday with happy hour prices on empanadas and other bites and drinks. (Photo: Cuba Libre)

The parties feature happy hour specials, which include $5 caipirinhas such as the classic made with Velho Barreiro Cachaça, guarapo, fresh lime juice and muddled limes; guava with Licor Beirao, guava purée, guarapo and fresh lime juice; and the Energy caipirinha with Velho Barriro Cachaça, Red Bull, guarapo, lime juice, muddled oranges and limes. There is also a special $6 house caipirinha infusion of a seasonal selection of fruits, herbs and spices soaked in Velho Barriro Cachaça, guarapo, fresh lime juice sugar, and muddled limes. Other specials include house wine and sangria for $4 each, $5 house Cuba Libre with Don Q Añejo rum, Luxardo maraschino, Coca-Cola and lime, and a rotating beer of the day for $3.50.

Participants can order from the “tapas bite” menu with specials priced at $5 each or order a sampler platter with a choice of any seven happy hour dishes for $31.