Deadpool 2 starring Ryan Reynolds ruled the North American box office last weekend (May 18-20), dethroning three-time champ Avengers: Infinity War with a $125.51 million debut. While it is an impressive opening, the R-rated superhero sequel came in at the lower end of expectations and failed to unseat its predecessor for the title of top R-rated opening of all time domestically. 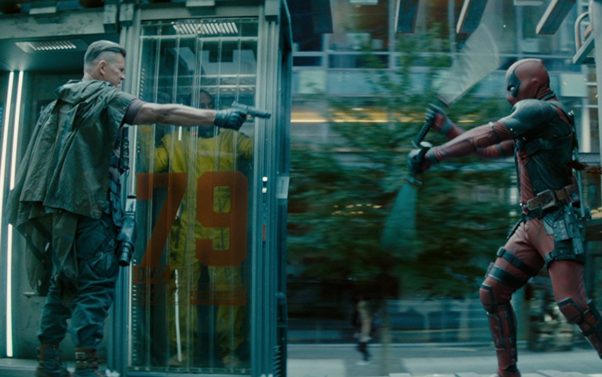 From its opening day, the 20th Century Fox release was already making its way into the record books. Its Thursday night preview gross of $18.6 million was the highest-ever for an R-rated film and only a bit behind more family-friendly blockbusters like The Avengers and Jurassic World, and its take on Friday was also the highest R-rated opening day take in history, topping It’s $50.4 million as well as the first Deadpool, which took in $47.3 million. The film’s earnings were boosted by an enormous 4,349 screens, a record for both an R-rated movie and 20th Century Fox.

As standalone superhero sequels go, Deadpool 2 is somewhat unusual in that it grossed 5 percent less than the original 2016 film did in its opening weekend, although it had the benefit of both President’s Day holiday and Valentine’s Day. It is more typical for such sequels to surpass the opening weekend of their predecessor by a significantly wide margin, which suggests the first Deadpool did a fantastic job of wooing its core fanbase out of the gate the first time around.

Deadpool 2 was helped by positive reviews, the studio’s clever, no-holds-barred marketing campaign and excellent word-of-mouth. That said, it was more frontloaded than the first entry, dropping 24 percent from Friday to Saturday as opposed to Deadpool’s 10 percent slip. It will be interesting to see how Deadpool 2 holds up this coming weekend, especially with Solo: A Star Wars Story set to open.

Falling to second place for the first time, Walt Disney Studios/Marvel Studios’ Avengers: Infinity War took in $29.45 million in its fourth weekend, bringing its domestic total $595.81 million. The film obviously took a sizable hit from Deadpool 2, falling 52.6 percent, but it was able to enjoy three full weekends of play with no major competition. It won’t be long before the superhero blockbuster surpasses both Star Wars: The Last Jedi with $620.1 million and the first Avengers with $623.3 million to become the sixth highest-grossing movie of all time in North America.

Third place went to Paramount Pictures’ Book Club, which brought in a healthy $13.58 million in its opening weekend. The comedy starring Jane Fonda, Mary Steenburgen, Diane Keaton and Candice Bergen was aimed at older women who aren’t likely to see Deadpool 2, and that proved to be smart counter-programming on the part of the studio. 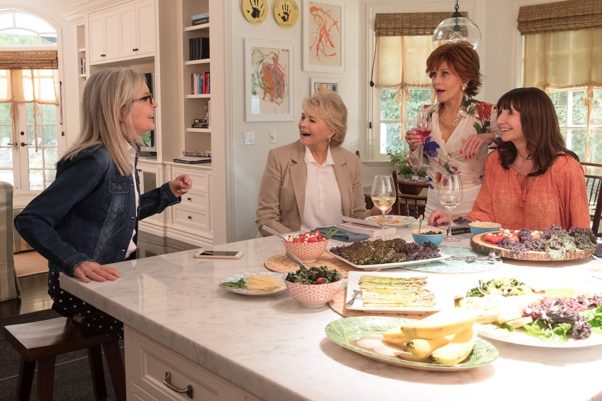 Compared to other recent releases aimed at the same general audience, Book Club’s opening is about on par with last year’s Going in Style, which opened with $11.9 million, but it came in several million short of 2015’s The Intern with $17.7 million. Although critics were mixed, positive audience scores could suggest a long run ahead for the film, which has few competitors currently.

The weekend’s other new wide release, the family-oriented Show Dogs, withered with a $6.83 million, sixth place debut. Unlike Book Club, the Global Road release did not prove to be effective counter-programming against Deadpool 2. It was likely hurt by negative reviews and the fact that unlike some of the most successful recent family films, its marketing failed to offer anything that might woo parents as well as kids, Arrested Development star Will Arnett notwithstanding.

Show Dogs’ opening is similar to last year’s Diary of a Wimpy Kid: The Long Haul, which opened with $7.1 million on the pre-Memorial Day weekend before going on to a final gross of $20.7 million. It is certainly not a good sign that even with so few viable family movies currently in release, Show Dogs couldn’t manage to capture a bigger audience.

Coming in fourth was Warner Bros. Pictures Life of the Party, which fell 57.5 percent to $7.60 million in its second weekend for a total of $30.92 million so far. Even compared with 2016’s The Boss, previously Melissa McCarthy’s lowest-grossing movie to date, the numbers are dreary. It is currently off 22 percent from that film at the same point in its run, further suggesting that audiences are tiring of the type of broad comedy movies that minted gold for the once-unstoppable star.

Also dropping precipitously from its opening frame was Universal Pictures’ Breaking In, which took fifth place with $6.83 million in its second weekend. That is a sizable-but-not-unexpected 61.3 percent drop for the Gabrielle Union thriller, whose total now stands at $29.11 million after 10 days. The film is running a few million below Tyler Perry’s Acrimony, which had earned $31.6 million at the same point in its run. With a reported production budget of just $6 million, this is a healthy result for the Will Packer-produced film, which managed to nearly equal Life of the Party the previous last weekend despite debuting on roughly 1,000 fewer screens.

In seventh place, Lionsgate Entertainment/Pantelion’s Overboard brought in $4.63 million in its third weekend, bringing its total to $36.87 million. Eighth place went to A Quiet Place, which spent its seventh weekend in the Top 10 with $3.94 million, bringing the Paramount blockbuster’s total to $176.08 million.