Walt Disney Studios/Marvel Studios’ Avengers: Infinity War captured first place in theaters again last weekend (May 11-13) taking in $62.08 million domestically, while opening with the second-highest debut ever in China with an estimated $200 million. 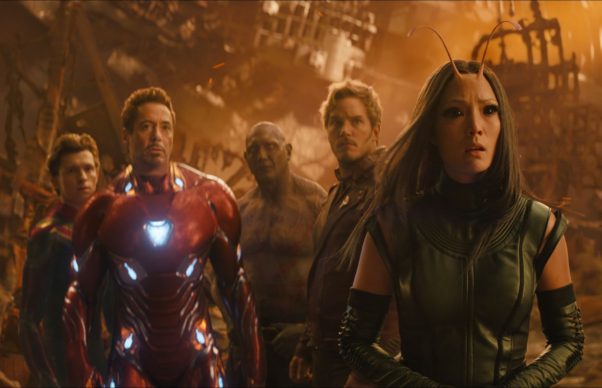 Infinity War captured the fourth-highest third weekend ever, behind only Star Wars: The Force Awakens, Avatar and February’s Black Panther. Adjusted for inflation, it is the seventh-largest third weekend, also behind Spider-Man, Titanic and the original Avengers. This will most likely be its final weekend on top, as Marvel stablemate Deadpool 2 is expected to crush all comers when it opens Friday.

After only three weekends, Infinity War is already well up into the 100 highest grossing films of all time when adjusted for ticket price inflation, currently ranking at 65th.

The Marvel blockbuster is about to pass $550 million domestically after 17 days of release (it probably did on Monday), leapfrogging over Disney’s live-action Beauty and the Beast, Rogue One: A Star Wars Story and The Dark Knight to place it eighth on the list of all-time blockbusters in North America. Infinity War is the second-fastest film to $500 million after Star Wars: The Force Awakens, which reached that total in only 15 days. It is also the third highest-grossing movie in the Marvel Comics Universe after only Black Panther with $694.7 million) and The Avengers with $623.3 million.

In second place, Warner Bros. Pictures’ Life of the Party opened slightly below expectations with $17.89 million, debuting similarly to the Amy Schumer-Goldie Hawn comedy Snatched, which opened to $19.5 million over Mother’s Day weekend 2017. While that is nothing to sneeze at, it is lower than recent Melissa McCarthy comedies The Boss, Spy or Tammy, which was the previous lowest with $21.5 million. 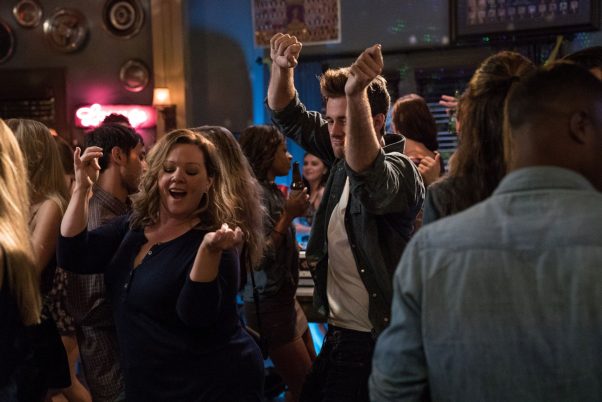 McCarthy’s big-screen trajectory has been slightly downward over the last couple of years. Her last big-screen comedy The Boss debuted higher with $23.5 million, but suffered steep weekend-to-weekend declines and ultimately ended its run with $63.2 million, making it the lowest-grossing solo McCarthy movie in North America to date. If Life of the Party suffers similar declines, it is looking to set a new low for the actress in terms of box office.

The weekend’s other new wide release Universal Pictures’ Breaking In took third place with $17.63 million. The movie’s performance is especially impressive given that it debuted on 1,000 fewer screens than Life of the Party. It doesn’t hurt that the thriller, which stars Gabrielle Union as a woman fighting to save her children during a home invasion, had a reported budget of just $6 million. The studio wisely capitalized on the Mother’s Day weekend in opening the film, giving it a nice tie-in with the holiday.

After debuting to a very good $14.71 million the previous weekend, MGM/Lionsgate’s comedy Overboard starring Anna Faris and Eugenio Derbez added almost 400 screens and finished in fourth with $9.86 million in its second weekend, representing a 33.0 percent drop. The remake has grossed $29.36 million after 10 days, putting it about on pace with Faris’s The House Bunny, which debuted with $14.5 million in 2008 and had $27.8 million by the end of its second weekend. With a reported budget of $12 million, it is a good result for the comedy, which successfully tapped into Derbez’s large Latin-American fanbase.

A Quiet Place continued its successful run with another $6.46 million in fifth place, a slight drop of 16.8 percent, bringing the horror blockbuster’s total to $169.61 million. After six weekends, the John Krasinski-Emily Blunt movie is just a few million shy of Get Out’s lifetime gross of $176 million, and it will easily surpass that total by the end of its run.

Sixth place went to STX Entertainment’s I Feel Pretty starring Amy Schumer, which saw only a 24.6 percent drop to $3.81 million in its fourth weekend and $43.95 million so far. It is slightly ahead of Snatched at the same point in its run. That film finished with $45.8 million, a total I Feel Pretty is set to surpass.

In seventh, Warner Bros.’ Rampage took in $3.46 million in its fifth weekend, giving the Dwayne Johnson movie a total of $89.93 million domestically. Eighth place went to Tully, which earned $2.25 million in its second weekend. Though it held well, dropping just 31.4 percent, the third collaboration between writer Diablo Cody and director Jason Reitman has so far brought in just $6.99 million, a disappointing result compared with 2011’s Young Adult with $16.3 million and Juno, which grossed a massive $143.4 million domestically in 2007.

Rounding out the Top 10, Black Panther came in ninth, spending its 13th weekend in the Top 10 with $2.08 million. That makes it only the fifth film of the past 15 years to reach 13 or more weekends in the upper tier, along with La La Land, Zootopia, Frozen and Avatar. With a total of $696.33 million so far, the MCU release is creeping ever closer to the $700 million mark, a milestone only two other films – Avatar and Star Wars: The Force Awakens – have reached in North America. Magnolia Pictures’ documentary RBG about 85-year-old Supreme Court Justice Ruth Bader Ginsburg finished in 10th place despite playing on only 180 screens in limited release. Next weekend it should reach about 350 screens. After 10 days, it has grossed $2.03 million.