Jinya Ramen Bar, which currently has restaurants at 1336 14th St. NW and in the Mosaic District at 2911 District Ave., Fairfax, will open its third DMV location in the Pike & Rose development at 910 Prose St., North Bethesda, early this summer. 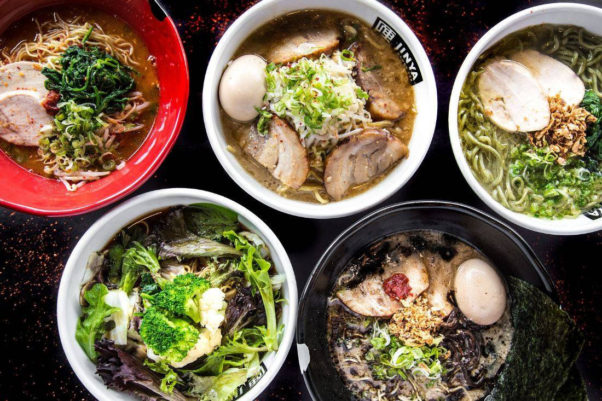 “We are so excited to bring Jinya to North Bethesda’s Pike & Rose,” said Sam Shoja. “We absolutely love the neighboring area’s strong sense of community and everything that Pike & Rose has to offer. Pike & Rose has quickly become Montgomery County’s premier destination for entertainment, dining, shopping, living and working …”

Jinya specializes in authentic tonkotsu ramen, which has heavily pork-influenced broth, boasting bold flavors and a wide variety of customizable options. The broth is simmered for more than 10 hours, delivering a robust flavor with handmade noodles.

The new restaurant will seat 74 diners including 10 at the bar with an outdoor patio with seating for an additional 34 diners.

Chef Ryan Hackney leaves the Bird after only six months

Citing “creative differences,” executive chef Ryan Hackney has split from EatWell DC’s The Bird, 1337 11th St. NW, after only a few months on the job. 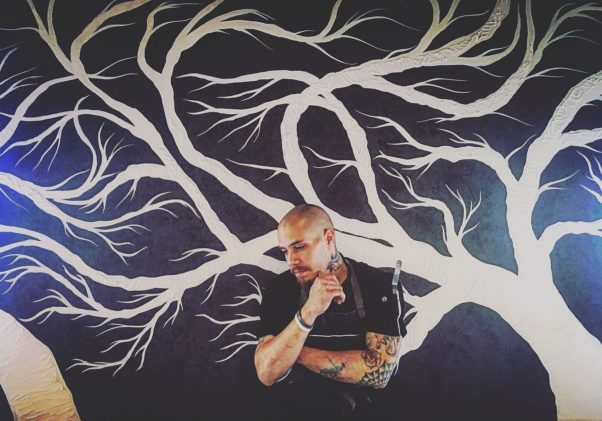 After only six month, chef Ryan Hackney has left The Bird and is headed for Lucky Buns. (Photo: Ryan Hackney)

“EatWell group gave me an incredible opportunity to expand as an executive chef. However, it’s unfortunately not the type of restaurant that I can grow creatively in, which is not a good fit for me at this time,” Hackney said in a statement.

Hackney was the restaurant’s third chef in 18 months. He took over the kitchen at the poultry-centric restaurant in November of last year. Last summer, the Bird’s founding chef Michael Bonk handed over the reins to Tracy O’Grady, who only stayed four months. Bonk is now chef de cuisine at BLT Steak new McPherson Square and O’Grady is executive chef at 1789 in Georgetown.

While the Bird looks for a replacement, EatWell owner David Winer said sous chef Ernesto Nunez, who is an 11-year Eat Well veteran and who previously worked at sibling restaurants Commissary, Grillfish and the defunct Merkado Kitchen, will lead the kitchen.

“This move is not out of malice, necessarily, but the Bird and that restaurant group was not a good fit for me … I can’t be managed by a front-of-house, not chef, oriented group, Hackeny told Eater D.C.. “Now I’m doing something way more in my zone.”

Hackey, who previously worked at Bibiana and 701 restaurant, is joining fellow Food Network alum Alex McCoy to help with future pop-ups and work at Lucky Buns burgers and future pop-ups. The two have worked together previously. 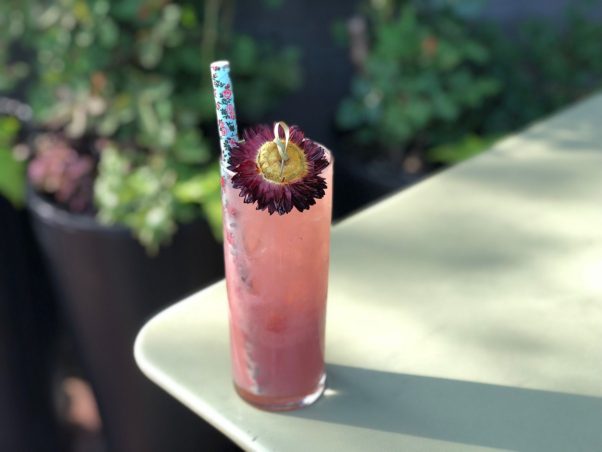 The Dish & Dram, 10301 Kensington Parkway, Kensington, will celebrate the wedding of Prince Harry and American Meghan Markle beginning at 7 a.m. on Saturday, May 19.

The Dish & Dram will be serving “high” tea and a traditional British breakfast when it opens at 7 a.m. on Saturday for the royal wedding of Prince Harry and Meghan Markle. (Photo: Zina Polin)

Not only will the televisions be trained on the royal wedding, but along with standard menu items, the restaurant will start the day with a brunch including classic bangers and mash. The traditional British breakfast unites sausages and mashed potatoes ($18) along with scones ($3). The celebration will continue all day with pints of Lowest Lord ESB ($6.50). There will also be high tea for two with a steaming 20-ounce. pot of gin tea, the restaurant’s signature Kensington Grey tea with Elderflower (an ingredient in the royal wedding cake) and orange bitters with dry Beefeater Gin ($25). Also on the menu is a pairing of a bottle of British bubbly, Court Garden Sparkling Rose with two all American hot dogs topped with champagne mustard and crispy onions ($85). 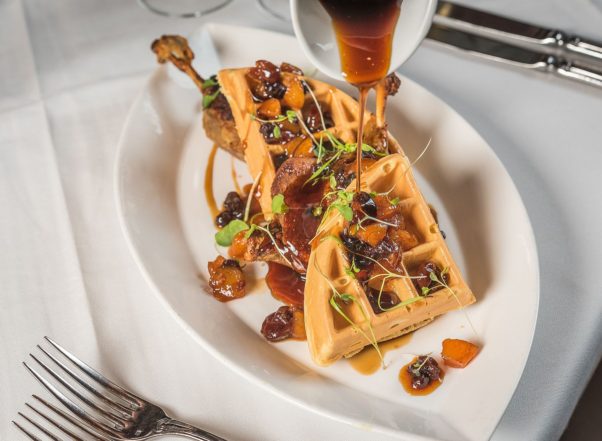 Brunch drinks include the Matcha Do About Nothing made with Rujero Singani, lemon juice, Domaine de Canton, matcha and Q ginger ale; and the 1475 Frosé with Dark Horse Rosé, Absolut Elyx, peach liqueur and pineapple garnished with a pink rose.