E-Cigs Have Become a Fashion Statement

When it comes to fashion, many see designer bags, expensive shoes and swanky dresses as the sole means of expression. However, the popularity of alternative accessories is growing rapidly. E-cigarettes are among the many unlikely accessories being featured alongside couture staples. 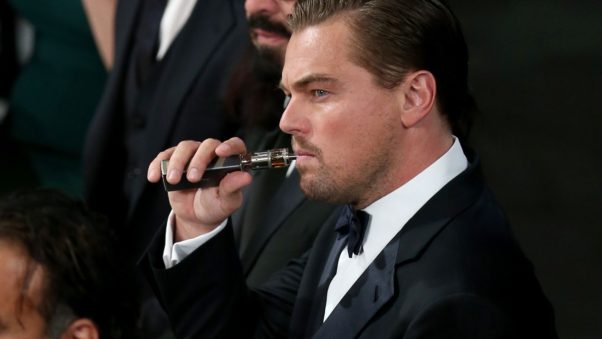 In fact, one popular label headlining New York Fashion Week utilized the Vape Pen as a unique addition to the collection. Models were seen strutting down the catwalk while effortlessly holding the sleek pen. Despite previous connotations, companies specializing in the production of e-cigarettes have embraced the notion that aesthetic is everything, and users have embraced the idea as well. E-cigarettes have transformed from tacky embellishments to innovative and highly customizable designs. Users are now able to change their habit into something representative of their personality.

E-cigarettes have taken over the red carpet. Famous stars like Bruno Mars, Leonardo Dicaprio and Rihanna puff with pride as they carry out their daily activities, with photos of their usage showing up in magazines and entertainment news shows alike. Mars has even invested stock in a popular e-cigarette company. E-cigs are also making a name for themselves on the big screen. In fact, Johnny Depp was seen vaping recently in his hit movie The Tourist. Dicaprio and Miley Cyrus even bumped heads at the 40th anniversary of Saturday Night Live, when Leo refused to pass the vape to Cyrus. With the co-sign from the A-list celebrities mentioned, it’s no wonder the popularity surrounding vaping has skyrocketed.

Eco-conscious is the new black

Environmentally friendly options have become increasingly fashionable over the last few years. E-cigs not only complement a look, they are reportedly safer than traditional cigarettes. Actress Katherine Heigl is an advocate for vaping, as it helped her eliminate her tobacco smoking. Containing no tobacco, the sleek pens heat up a flavored liquid that allows consumers to inhale and exhale odorless and colorless smoke. With many tasty flavors to choose from, it is no wonder that vaping is a multi-billion-dollar industry. Vaping is also a cost-effective option production wise. The blueprint surrounding the e-cig eliminates unnecessary wires or distracting circuitries. You are able to comfortably stash your pen in your pocket or handbag for easy accessibility.

Unlike traditional cigarettes, consumers hold the power behind their pen of choice. Individuals are able to customize their vape mod, batteries, tanks and even e-liquids to suit their preference. Elegant options found at www.Vaporescence.com today make the experience of vaping personalized and superior. Want to feel relentlessly trendy? You can adjust the resistance on your pen to create those elusive clouds of smoke as seen in popular advertisements. Colors and designs are even available to further personalize your vaping experience.

E-cigarettes have exploded onto the scene and are here to stay. The cost-effective and environmentally friendly options will make you appear effortlessly cool. If you are seeking a fashion-forward option to curtail your smoking habit, why not opt for a sharp vaping pen? By having full control over your options, you will surely make a lasting statement!