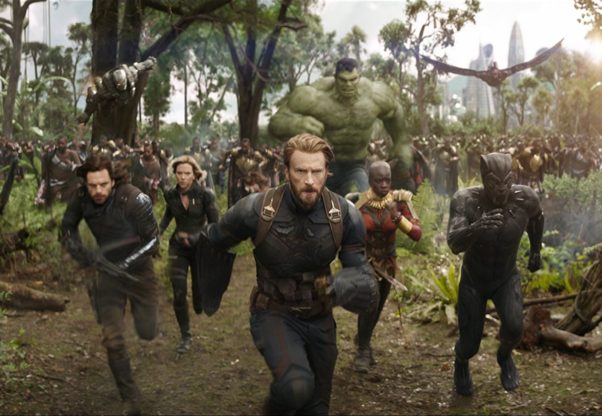 The film took in $114.77 million in its second weekend. Despite being a 55.5 percent drop, the number was so large that in pure dollars it would rank among the top 40 opening weekends of all time. In terms of second weekends, it is behind only Star Wars: The Force Awakens. When adjusted for inflation, it also falls behind Jurassic World and 2012’s original The Avengers.

Among films to open higher than $200 million, Infinity War’s second-weekend drop was significantly higher than that of Black Panther, which dropped 44 percent in its second weekend, and slightly bigger than both the original Avengers and Jurassic World, which had second-weekend drops of 50 and 49 percent, respectively. Nonetheless, it is a good hold for a film that blasted past all expectations in its opening frame the previous weekend

Infinity War’s 10-day total stands at $453.11 million. That is also the second highest 10-day total ever behind The Force Awakens, both in pure dollars and adjusted.

It also earned a tremendous overseas gross last weekend (May 4-6) adding $713.3 million to its gross making it the fastest film to reach $1 billion worldwide after only 11 days. With $1.16 billion worldwide so far, it is the 15th highest film of all time globally.

Elsewhere at the box office, Lionsgate Entertainment and Pantelion’s Overboard debuted in seoncd place with $14.71 million. 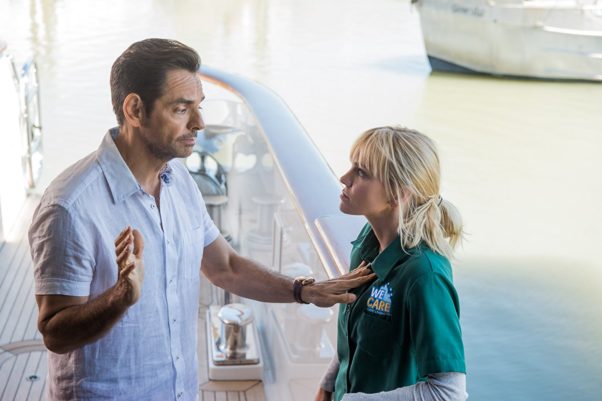 The remake proved to be a successful feat of counter-programming for the Anna Faris-Eugenio Derbez comedy despite poor critics’ reviews. That is particularly impressive given that the film opened on just 1,623 screens; that is less than half the number that I Feel Pretty opened at two weekends ago, yet it managed to bring in nearly as much. Overboard benefitted not only from Faris’ existing fan base but the star power of Derbez, whose previous comedies How to Be a Latin Lover and the Spanish-language Instructions Not Included brought in an impressive $32.1 and $44.4 million in North America, respectively.

Among Faris’ comedies, Overboard represents her best opening weekend in nearly a decade. In 2008, her breakthrough big-screen vehicle The House Bunny debuted to $14.5 million and went on to gross a very good $48.2 million in North America. Depending on how Overboard holds up in the coming weeks, it could be headed for a final domestic total somewhere in the same ballpark.

The weekend’s other two wide releases didn’t fare as well. Tully, the latest from writer Diablo Cody and director Jason Reitman, debuted in sixth place with $3.28 million. The comedy-drama starring Charlize Theron has received strong reviews, but seems to have gotten lost among the higher-profile releases leading into the summer season. Tully doesn’t look likely to finish anywhere near Cody and Reitman’s most recent release, 2011’s Young Adult, which finished with $16.3 million in North America.

Opening even lower despite debuting on about 700 more screens was Bad Samaritan, which didn’t even finish in the top 10 with just eked out a tenth-place finish with just $1.73 million for 11th place. The horror-thriller starring David Tennant simply didn’t register in the way it needed to on a crowded weekend, and it doesn’t help that Tennant’s box office pull in the U.S. States is slim, Doctor Who fans notwithstanding. The pitch-dark subject matter also perhaps didn’t play well with audiences warming up for the light-hearted summer movie season. Reviews for the film – the first wide release for Electric Entertainment – were mixed.

Among holdovers, Paramount Pictures’ A Quiet Place continued to impress in its fifth weekend, dropping just 29.5 percent to third place with $7.76 million. That raises the horror blockbuster’s domestic total to $160.06 million. The film is now within striking distance of last year’s horror sensation Get Out, which took in just over $176 million by the end of its run.

In fourth place, STX’s I Feel Pretty posted a good 38.0 percent hold in its third weekend with $5.05 million, bringing its domestic total to $37.95 million. The Amy Schumer comedy is posting better holds than her previous movie Snatched, but given its slower start I Feel Pretty should ultimately finish about in line with that film’s $45.8 million domestic total.

Fifth place went to Warner Bros. Pictures’ Rampage, which earned $4.64 million in its fourth weekend. The Dwayne Johnson action movie has brought in $84.80 million so far and looks headed for a total slightly below $100 million.

In seventh place, Marvel’s Black Panther earned $3.25 million, bringing its North American total to a massive $693.24 million in 12 weeks. That makes an incredible 12 weeks in the box office top 10. It is only the ninth film to accomplish that feat in the past 15 years. Moreover, it appears likely to spend a 13th weekend in the top 10 next weekend. Only four films in the past 15 years accomplished that.

Eighth place went to Universal Pictures and Blumhouse’s Truth or Dare with $1.89 million in its fourth weekend for a North American total of $38.24 million. In ninth place, 20th Century Fox’s Super Troopers 2 brought in $1.87 in its third weekend three, bringing its total to $25.50 million in North America. And barely hanging in the Top 10 in 10th place was Universal’s Blockers, which earned $1.75 million bringing its domestic total to $56.22 million after five weekends.