A Quiet Place had every reason to shout last weekend (Apr. 20-22) as Paramount Pictures’ horror mega-hit reclaimed the top spot at the box office with $20.91 million despite stiff competition from holdover Rampage as well as newcomers I Feel Pretty and Super Troopers 2. 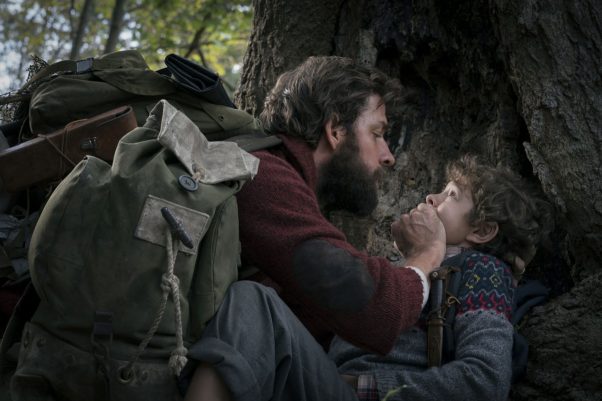 After debuting in first place then being dethroned by Dwayne Johnson and a giant ape, A Quiet Place rose above the fray once more thanks to another strong hold. It fell just 36.6 percent in its third weekend, giving it a total of $131.27 million so far. That is a fantastic result for the John Krasinski-directed horror flick, which has continued to benefit from incredible word-of-mouth. It is performing similarly to last year’s Get Out, which fell a mere 26 percent in its third weekend with $20.7 million. Although A Quiet Place’s weekend-to-weekend drops have been slightly larger than those of the Jordan Peele blockbuster, it is nevertheless tracking 19 percent ahead of that film through the same point.

In second place, Warner Bros. Pictures’ Rampage earned $20.09 million in its second weekend, representing a solid drop of just 43.8 percent. With $65.69 million grossed so far in North America, the reported $120 million production is predictably performing much better overseas, where it has already grossed three times its domestic total. Stateside, Rampage may struggle to reach $100 million, particularly considering it has to contend with Avengers: Infinity War next weekend.

Third place was a two-way race, but Amy Schumer’s star power helped I Feel Pretty rise above Super Troopers 2 with a $16.03 million debut. That is an okay result for the STX Films comedy, which came in below the opening weekend of Schumer’s last movie Snatched. That film opened with $19.5 million last May but dropped precipitously in subsequent weeks, ultimately finishing with a disappointing $45.8 million in North America. 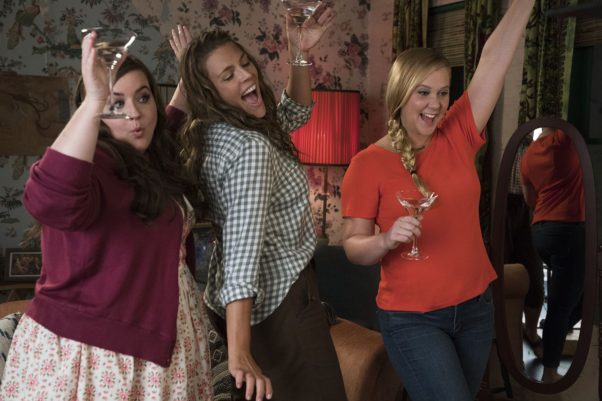 With the so-so opening, I Feel Pretty will need to demonstrate strong holds in the coming weeks. Compared with Snatched, I Feel Pretty has a slightly better viewer rating and seems to be well-liked by its target audience of young women. The film has been the subject of some controversy on social media over a concept some saw as promoting body-shaming, though that seems to have eased somewhat now that audiences have had the chance to watch the full movie. The real test for this one will come next weekend, as word-of-mouth will determine whether it sinks or swims in the long term.

Super Troopers 2 performed well beyond expectations in fourth place, with the sequel to the 2002 comedy taking in $15.18 million in its opening weekend. That is only a few million shy of what the first film grossed over its entire run, and there was clearly pent-up demand for the title as it took in a shocking $7.9 million on its opening day Friday.

It bears mentioning that although Super Troopers 2 was released by 20th Century Fox, it raised nearly $4.7 million of its reported $13.5 million budget on crowdfunding platform Indiegogo. In collaboration with Fandango, backers who donated $35 or more received a ticket to see the film in theaters, and that certainly played a role in its success last weekend.

Compared to another recent sequel to a cult-favorite male-driven comedy, Super Troopers 2 far outperformed the likes of Hot Tub Time Machine 2, which opened with just $5.9 million in February 2015 on its way to a final gross of $12.3 million in North America. Although it was released over 16 years ago, the original Super Troopers clearly struck a chord with its core demographic, evidence of which can be seen in the sequel’s impressive crowdfunding total. It is worth noting that over half the film’s gross last weekend came on Friday, suggesting this one is extremely frontloaded and will fall quickly.

In ninth place was the weekend’s other new film Traffik, which took in $3.94 million. The thriller from Lionsgate’s Codeblack Films had a reported budget of just $4 million, so that actually isn’t a terrible performance for the Paula Patton-Omar Epps film. Codeblack Films is a Lionsgate subsidiary that produces films targeted to an African-American audience.

In its second weekend, Blumhouse’s Truth or Dare slid to fifth with $7.79 million, a 58.3 percent fall. That gives the Universal Pictures’ release a healthy $30.27 million after 10 days, which can be considered a win given the film’s reported budget of $3.5 million, although marketing costs were undoubtedly high when you consider how heavily it was promoted. The drop was similar to last year’s Blumhouse release Happy Death Day, which dropped 64 percent in its second weekend and ultimately ended its run with $55.6 million. Truth or Dare won’t match that total and looks likely to finish in the $40-$45 million range.

Finishing in sixth place Warner Bros.’ Ready Player One, which took in $7.42 million for a total of $126.10 million after four weekends. The Steven Spielberg sci-fi has performed reasonably well in North America but has more than tripled its domestic take overseas. Its reported $175 million price tag notwithstanding, this is by far Spielberg’s biggest worldwide hit since Indiana Jones and the Kingdom of the Crystal Skull took in $786 million worldwide in 2008.

Slipping just 36.5 percent in its third weekend, Universal Pictures’ Blockers earned another $6.84 million in seventh place, bringing its total to $48.10 million after 17 days. That puts it 7 percent ahead of Game Night, which had brought in just over $45 million by the same point. The latter film has now grossed over $68 million in North America, and Blockers should finish in similar territory. While that isn’t an eye-popping result, at a reported budget of $21 million it is pretty solid.

Walt Disney Studios/Marvel Studios’ Black Panther fell two spots to eighth place with $4.94 million in its 10th weekend, bringing its grand total to $681.37 million. This is the blockbuster Marvel Comics Universe installment’s final week in theaters before the release of Avengers: Infinity War, in which viewers will get another chance to see T’Challa in action.

Rounding out the Top 10 was Isle of Dogs, which earned $3.46 million in its second weekend of wide release. The total for the Wes Anderson movie now stands at $24.42 million, an improvement on the director’s last animated film Fantastic Mr. Fox, which completed its run with $21 million in North America. Although Fox Searchlight has kept Isle of Dogs’ budget under wraps, the underwhelming total demonstrates the limits of Anderson’s quirky vision with mainstream audiences. The director’s highest-grossing film domestically is The Grand Budapest Hotel, which took in $59.3 million in 2014 and grossed a whopping $117 million overseas.