Paramount Pictures’ A Quiet Place made far more noise in theaters last weekend (Apr. 6-9) than was expected, with a $50.20 million opening. 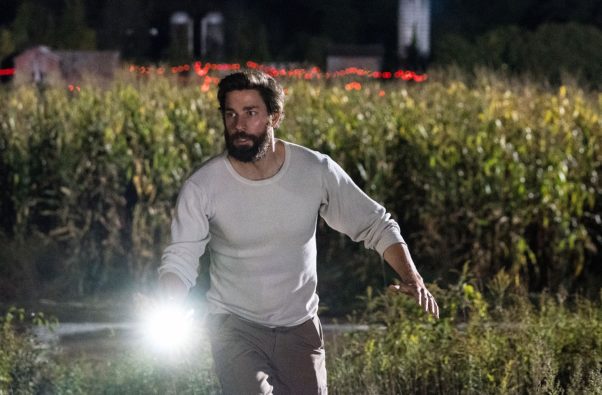 A Quiet Place was number one in theaters over the weekend with $50.20 million. (Photo: Paramount Pictures)

Last weekend’s leader, Steven Spielberg and Warner Bros. Pictures’ Ready Player One, fell to second place with $24.62 million, a 41.0 percent drop. That gives the sci-fi film $96.48 million after 10 days in theaters. This one is following a similar trajectory to the Spielberg’s Minority Report from 2002. The Tom Cruise sci-fi action flick opened to $35.6 million and dropped just under 40 percent in weekend two, finishing its run with $132 million domestically. Ready Player One seems primed to finish closer to $160-$170 million if it continues to hold well in the coming weeks. 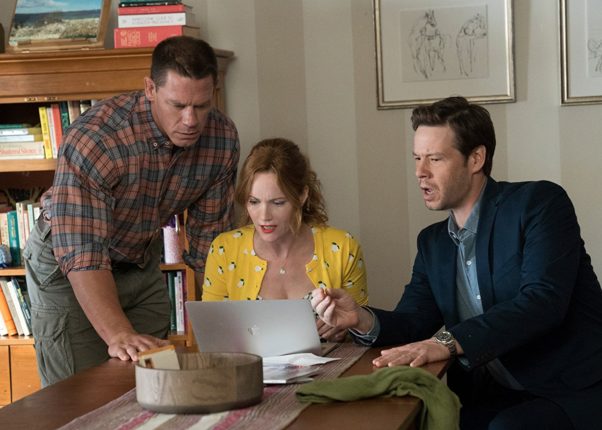 The prom-themed comedy Blockers finished in third over the weekend with $20.56 million. (Photo: Universal Pictures)

Universal Pictures’ R-rated Blockers chugged along in third place with $20.56 million. The prom-night-themed comedy should likely hold well through April and May, as high school prom season gets into full swing.

Blockers is another movie that debuted at SXSW and won over critics. The good news for the Leslie Mann-John Cena comedy is that its opening is similar to the hit Game Night, which debuted with $17 million in February and has taken in over $67 million so far. With similarly strong reviews and a likable cast, it could enjoy a comparable trajectory over the next several weeks. The audience was almost evenly split 51 percent women and 49 percent men, while it skewed slightly older with 56 percent of the opening weekend crowd over the age of 25.

Walt Disney Studios and Marvel Studios’ Black Panther spent its eighth weekend in the top five, the first movie to do so since Jumanji: Welcome to the Jungle and The Greatest Showman did on the same weekend in early February. It earned $8.70 million over the weekend, bringing its domestic total t0 $665.63 million. The superhero blockbuster has now surpassed Titanic to become the third highest-grossing film of all time domestically not adjusted for inflation. Only Star Wars: The Force Awakens and Avatar have made more.

Dropping three spots and 31.7 percent to fifth place was Tyler Perry’s Acrimony, which took in another $8.38 million after debuting to a healthy $17.17 million the previous weekend. The psychological thriller starring Taraji P. Henson now has a total of $31.67 million after 10 days, which is good for a film with a reported budget of just $20 million.

Roadside Attractions’ faith-based drama I Can Only Imagine continued to hold up impressively, grossing another $7.80 million in sixth place for a grand total of $68.53 million. The film added more theaters last weekend and slid just 25.4 percent. Its total so far puts it only slightly below 2014’s Heaven Is for Real, the faith-based hit that had grossed $75.7 million by the same point before finishing with just over $91 million domestically. If I Can Only Imagine continues posting the kind of small weekend-to-weekend declines it has enjoyed thus far, it should finish in similar territory.

Entertainment Studios’ Chappaquiddick debuted in seventh place with $5.77 million, which, while not great, is at the high end of expectations. The fact-based Ted Kennedy drama had mainly positive reviews, but was up against two crowd-pleasers that also had the critics on their side likely taking a portion of its intended audience. It was simply the wrong weekend for a period political drama. It may have fared better in the fall, when audiences tend to gravitate towards fare like this in the lead-up to awards season.

In eighth place, Paramount/MGM’s Sherlock Gnomes earned another $5.44 million in its third weekend, a 22.3 percent slip, giving it a total of $33.73 million to date. While the animated comedy is posting much better holds than its predecessor Gnomeo and Juliet, that film opened much higher at $25.3 million and had already grossed $74.3 million at the same point.

Falling 48.5 percent to ninth place was Universal’s big-budget sequel Pacific Rim Uprising, which grossed $4.83 million, bringing its domestic total to $54.84 million after 17 days. That is a significant drop from its predecessor in North America even as it is cleaning up overseas.

Rounding out the top 10 was Wes Anderson’s Isle of Dogs, which grossed $4.46 million. It added nearly 400 theaters giving it a grand total of $12.01 million through three weekend. The real test for the Fox Searchlight release will come next weekend when it expands into wide release.

Debuting outside the Top 10 was Mirror and LD’s The Miracle Season, the fact-based drama about a high school volleyball team that couldn’t compete in the crowded box office last weekend. With $3.95 million from 1,707 locations, the film had the worst reviews of last weekend’s new crop, and its inspirational story and lead performance from Oscar winner Helen Hunt simply couldn’t overcome that. It also didn’t help that I Can Only Imagine continued to corner the “inspirational drama” market in its fourth weekend in theaters.

The top 10 films last weekend grossed $140.86 million. That is 22.2 percent above the previous weekend’s $115.23 million total. It is also 32.5 percent ahead of the $106.28 million on the same weekend last year, when The Boss Baby led with $26.36 million for the second weekend. The year-to-date box office stands at $3.11 billion, 1.6 percent behind the same point last year, an improvement from the 3.2 percent it was behind after the previous weekend.