Ready Player One Battles Its Way to No. 1

Steven Spielberg posted his best opening weekend in a decade, as Warner Bros. Pictures’ Ready Player One debuted with $41.76 million over the Easter weekend (March 30-Apr. 1). With its Thursday opening, the film’s total stands at $53.71 million. 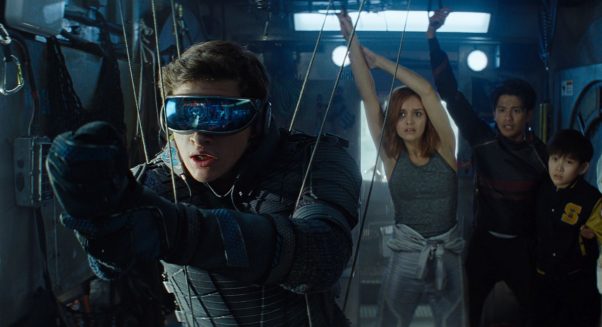 Ready Player One is the adaptation of Ernest Cline’s 2011 sci-fi novel. It is Spielberg’s first time at the top of the chart since Indiana Jones and the Kingdom of the Crystal Skull, which opened with $126 million over the four-day Memorial Day weekend in 2008. Ready Player One benefitted from strong word-of-mouth out of the SXSW Film Festival, where many early reviews praised it as one of Spielberg’s best pure action films in years.

With a PG-13 rating, Ready Player One was a viable option for families gathering over the Easter weekend, which helped lift its total above $50 million. With Black Panther and Pacific Rim Uprising both fading, Ready Player One is looking at a solid two weeks with no major action-movie competition, with its next major challenge coming from the Dwayne Johnson video game adaptation Rampage on Apr. 13. With a reported budget in the $175 million range, it is going to need all the breathing room it can get, not to mention a solid performance overseas.

Lionsgate’s thriller Acrimony opened in second place with $17.17 million. Powered by both the Tyler Perry brand and Empire star Taraji P. Henson, Acrimony managed to rise above its poor critical reception, which tends not to matter as much with Perry’s core fanbase. Predictably, the audience was 74 percent female and 85 percent over the age of 25.

Perhaps the closest comparison here is Temptation: Confessions of a Marriage Counselor, another infidelity-themed film written and directed by Perry that opened a bit better at $21.6 million on the same weekend in 2013. That title grossed $51.9 million domestically on a reported budget of $37 million. Acrimony reportedly cost only about half that amount, so it should reach profitability by the end of its run.

Last weekend’s only other new wide release was the faith-based threequel God’s Not Dead: A Light in Darkness, which did not make the Top 10 with a scant $2.69 million premier. The drama was likely hurt by the continued strength of the Christian-themed hit I Can Only Imagine, which continues to blast past expectations in its third weekend of release. A Light in the Darkness, which came in well below expectations, was significantly below both God’s Not Dead and God’s Not Dead 2, which opened to $9.2 million and $7.6 million in 2014 and 2016, respectively. The second film’s $20.7 million domestic total was a sharp drop from the original’s $60.7 million, and A Light in Darkness is primed to continue that downward trend.

Walt Disney Studios/Marvel Studios’ Black Panther stayed in the top three with $11.49 million, a 32.8 percent drop, marking its seventh weekend in the top five — one of only four films in the past two years to achieve the feat.

Currently the fifth highest-grossing film of all time domestically with $650.92 million, the superhero blockbuster will surpass Jurassic World with $652.2 million by this coming weekend for the No. 4 spot. After that, it is primed to overtake Titanic, whose $659 million lifetime gross includes 2012’s 3D re-release and last year’s 20th anniversary re-issue.

In fourth, faith-based drama I Can Only Imagine posted another strong hold, taking in $10.45 million in its third weekend, a 23.2 percent slip. The sleeper hit now has a total of $55.27 million in North America, making it distributor Roadside Attractions’ highest-grossing release ever. Manchester by the Sea was Roadside’s previous record-holder with $47.6 million. In addition to adding 393 theaters over the previous weekend, the PG-rated film likely benefitted from families gathering for the Easter holiday weekend.

Falling to fifth was last weekend’s winner Pacific Rim Uprising, which took in $9.37 million in its second weekend. That represents a drop of 66.7 percent, a steeper drop than the original Pacific Rim, which fell 57 percent in its second weekend. With just $45.84 million in its first 10 days, the sci-fi sequel has struggled to gain a foothold in North America, but is performing much better overseas where the original film also made the majority of its money.

A Wrinkle in Time took in $4.84 million in its fourth weekend to finish in eighth place. That gives it at total of $83.40 million. Twentieth Century Fox’s gay teen romance Love, Simon finished in ninth place with $4.77 million in weekend three, giving it a total of $32.1 million.

Finally in 10th place, Biblical drama Paul, Apostle of Christ benefitted from the Easter weekend crowds with $3.46 million in its second weekend, good for a total of $11.49 million so far.