Faced with five new wide releases last weekend (March 23-25), Walt Disney Studios/Marvel Stuidos’ Black Panther was pushed from the top of the box office after six weeks in theaters. Universal Pictures’ Pacific Rim Uprising came in at the higher end of expectations with $28.12 million in its opening weekend to unseat Black Panther. 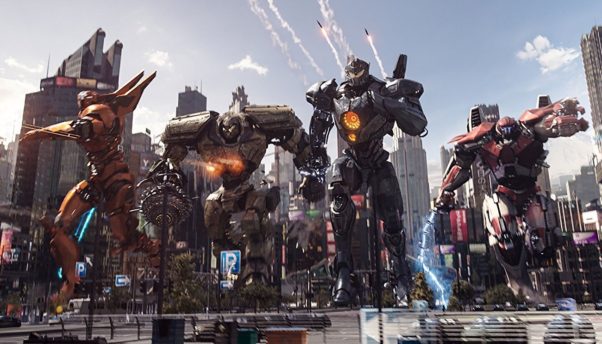 The sequel to Guillermo del Toro’s 2013 sci-fi/action film is more or less designed for overseas audiences, so Pacific Rim Uprising‘s domestic take isn’t necessarily make-or-break. That said, it was significantly lower than the original film’s $37.3 million opening and will almost certainly fall well short of the original’s $101 million take in North America. Internationally, the first Pacific Rim took in over $300 million, accounting for roughly three-quarters of its $400 million-plus global total. Pacific Rim Uprising is looking at a similar trajectory.

Led by Spartacus creator Steven S. DeKnight in his feature directorial debut, Pacific Rim Uprising was not as well received as its its predecessor, garnering only so-so reviews. If it performs anything like del Toro’s film, it is looking at sharp weekend-to-weekend drops in the coming weeks The reported budget is $150 million.

Falling to second for the first time with $17.10 million, Black Panther nevertheless racked up another box office record becoming the highest-grossing superhero film of all time in North America with $631.36 million through Sunday. The Marvel Comics Universe blockbuster passed The Avengers‘ $623.3 million total, accomplishing the feat in 38 days. It also topped last year’s Star Wars: The Last Jedi last weekend, moving it to fifth on the list of all-time blockbusters, behind only Star Wars: The Force Awakens with $936.6 million, Avatar with $760.5 million, Titanic with $659.3 million and Jurassic World with $652.2 million. Black Panther will easily top the latter two titles by the end of its run.

Adding more than 600 screens following its surprising $17.10 million debut the previous weekend, Roadside Attractions’ Christian-themed hit I Can Only Imagine fell just 20.5 percent to $13.60 million for a third place finish, giving it a total of $38.08 million after 10 days. That is a better second-weekend hold than< last year’s faith-based success story The Shack, which dropped 38 percent in its second weekend after opening to $16.1 million. That film finished with a healthy $57.3 million domestically, but I Can Only Imagine‘s current trajectory and word-of-mouth suggests it will end up finishing well north of that total. 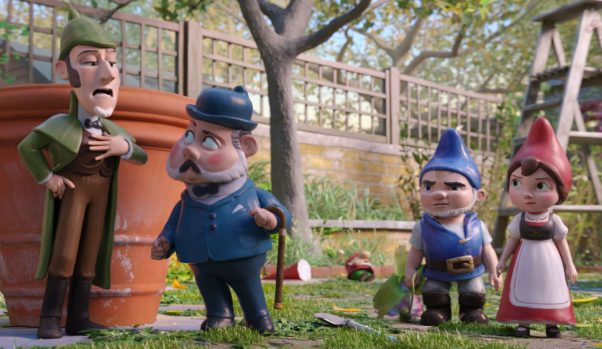 In fourth place, Paramount Pictures/MGM’s co-production Sherlock Gnomes fell short of expectations taking in a disappointing $10.60 million in its debut weekend. It seems to have suffered from both a dismal critical reception and the fact that it took seven years to get the Gnomeo and Juliet sequel to the big screen. Its Disney-released predecessor opened to a much-healthier $25.3 million in 2011 and proved to be a relatively leggy title, allowing it to finish with just shy of $100 million domestically. It seems family audiences have moved on to other franchises in the years since.

Warner Bros. Pictures’ Tomb Raider dropped 57.3 percent to $10.10 million in fifth place, giving it a total of $41.42 million to date. The video game reboot starring Alicia Vikander has struggled to make a dent in the crowded blockbuster marketplace; along with the still-potent Black Panther, Pacific Rim Uprising appears to have taken a significant bite out of its audience last weekend.

Finishing in sixth place was Disney’s A Wrinkle in Time with $8.22 million. That is down a whopping 49.4 percent for a total take of $74.06 million so far domestically. That is disappointing with stars like Oprah Winfrey, Reese Witherspoon, Mindy Kaling and Chris Pine and a production budget of $103 million.

In seventh place, 20th Century Fox’s Love, Simon held well, dropping just 35.2 percent to $7.61 million. That gives the film, which is notable as the first mainstream studio rom-com featuring a gay teen in the lead role, a decent $23.50 million after 10 days.

Eighth place went to Sony Pictures’ Biblical drama Paul, Apostle of Christ, which debuted with $5.17 million. Starring The Passion of the Christ’s Jim Caviezel, the film may have suffered a bit with I Can Only Imagine taking a larger-than-expected portion of the faith-based audience. Luckily, the reported budget on this one is just $5 million, so profitability shouldn’t be an issue.

In ninth place, Warner Bros. Pictures’ comedy Game Night took in another $4.13 million, bringing its total to a healthy $60.78 million after five weeks.

Opening quietly in 10th place was the Bella Thorne-Patrick Schwarzenegger romance Midnight Sun, which grossed $4.00 million in its debut. While that is marginally better than the $3 million opening of young adult sci-fi/romance Every Day earlier this month, it seems to have been afflicted by a similarly generic execution that failed to set it apart from the raft of other YA flicks that have hit theaters over the course of the last several years. Look for this one to fade quickly from theaters on its way to video on demand and streaming formats.