Walt Disney Studios/Marvel Studios blockbuster Black Panter became only the second film of the 21st century to spend five weekends at No. 1, with a box office take of $26.65 million last weekend (March 16-18). The last film to spent five weekends at the top was Avatar, which was released in 2009 and achieved the feat in early 2010. The previous film was The Sixth Sense, all the way back in 1999. 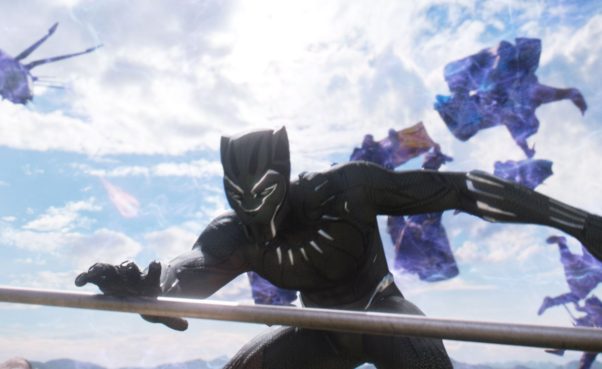 Dropping just 34.7 percent from the previous weekend, Black Panther had the fourth-best fifth weekend of all time, behind only Avatar, Frozen and Titanic. Adjusted for inflation, it is the 18th-best fifth weekend of all time. That is still excellent, as almost all the 17 films ranked above it were from the 1980s or 1990s when titles generally spent much longer in theaters.

So far, the superhero blockbuster has earned an incredible $605.03 million domestically and will soon overtake Star Wars: The Last Jedi with $619.6 million and The Avengers with $623.3 million for fifth place all-time in North America.

The debut of the new version is about equal to that of the less-successful sequel Lara Croft Tomb Raider: The Cradle of Life, which opened with $ 21.7 million in 2003 and grossed $65 million domestically. However, the latest version lacked the element of Jolie’s then star power, which had peaked at the time of the original’s release. With a reported $94 million price tag, it was not an ideal start for the video game adaptation, which topped Black Panther on Friday, but couldn’t keep up the momentum through the weekend. The film garnered only so-so reviews. It looks more likely to perform like Cradle of Life or last year’s Ghost in the Shell, which opened to $18.6 million and topped out at just over $40 million domestically.

Surprising in third place was Lionsgate and Roadside Attractions’ faith-based drama I Can Only Imagine, which earned an unexpected $17.10 million, far more than any pre-release estimate that topped out about $15 million.

Based on the true story behind the hit Christian rock song of the same name, the film drew underserved Christian audiences, who in recent years have made movies like 2014’s Heaven Is for Real with $91.4 million domestically, 2016’s Miracles from Heaven with $61.7 million and last year’s The Shack with $57.3 million into surprise hits. I Can Only Imagine is Roadside Attractions’ highest opening weekend of all time. With no other faith-based competitors, look for this one to post strong holds in the coming weeks.

The previous weekend’s big opener Disney’s A Wrinkle in Time starring Oprah Winfrey, Reese Witherspoon, Mindy Kaling and Chris Pine fell 50.9 percent to fourth in its second weekend, bringing in $16.26 million for a domestic total of $60.75 million after 10 days. The heavily-hyped Walt Disney Studios release got off to a rather disappointing $33.12 million start. 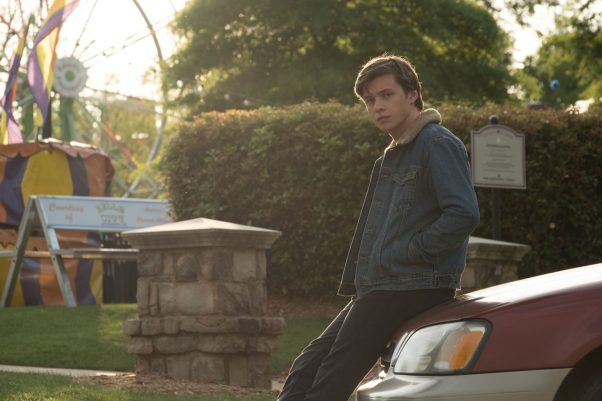 The weekend’s other wide opener, 20th Century Fox’s Love, Simon, also did well in its debut taking in $11.76 million in fifth place.

Based on the YA novel Simon vs. the Homo Sapiens Agenda by Becky Albertalli, the film made history last weekend as the first gay teen romance released by a major studio. It was certainly helped by strong reviews, positive word-of-mouth and a clever marketing campaign that sold it as a mainstream teen flick that just happened to have a gay lead character. With a reported budget of $17 million, positive word-of-mouth and the film’s unique position in the marketplace should keep it in the conversation for a while.

In sixth place, Game Night continued its impressive hold by slipping just 28.7 percent with $5.60 million. The Rachel McAdams-Jason Bateman comedy has grossed $54.21 million after four weeks. If it continues to hold, it should finish near $70 million domestically.

The family hit Peter Rabbit finished in seventh , passing the $100 million mark with $5.20 million in its sixth weekend, dropping just 23.3 percent from the previous weekend for a gross of $102.44 million thus far. The Sony Pictures release held up well even with a high-profile competitor like A Wrinkle in Time in theaters. With a reported budge of $50 million, it is shaping up to be a hit for the studio.

Slasher follow-up The Strangers: Prey at Night plummeted to eighth place in its second weekend with $4.70 million, giving it a domestic total of $18.50 million through 10 days. It is performing like a typical horror sequel and fading quickly.

Ninth place went to 20th Century Fox’s Red Sparrow starring Jennifer Lawrence, which brought in $4.53 million in its third weekend for a $39.66 million total, while MGM’s Death Wish rounded out the Top 10 with $3.37 million and a total of $29.95 million, also after three weekends.