Black Panther Has Another Record Weekend

For the second weekend, Walt Disney Studios/Marvel Studios’ Black Panther continued at a record-setting pace, coming in millions of dollars above projections with $111.66 million for first place last weekend (Feb. 23-25). That brings its total to an astonishing $403.61 million after only 10 days. 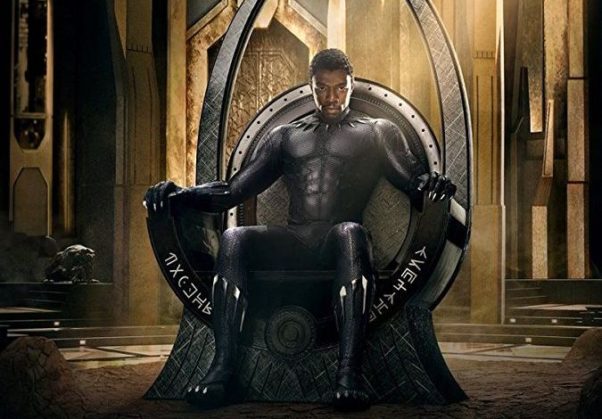 Black Panther took first place for the second weekend with $111.66 million, bringing its total to $403.61 million in only 10 days.
(Photo: Marvel Studios)

The Ryan Coogler-directed movie posted the second-best second weekend of all time, behind only Star Wars: The Force Awakens, which grossed $149.2 million. Adjusted for inflation, it is the fifth-highest behind The Force Awakens, Jurassic World, The Avengers and 2002’s original Spider-Man.

Black Panther has already topped the liftetime gross of all but four Marvel Comics Universe titles — Captain America: Civil War, Iron Man 3, Avengers: Age of Ultron and The Avengers. It is also the fastest MCU title to reach $400 million — it took previous record-holder The Avengers 14 days — and the second-fastest overall, tying Jurassic World and just behind Star Wars: The Force Awakens, which reached the milestone in eight days.

The film’s 44.7 percent drop from its three-day debut represents a better hold than almost any other film in its genre thanks to word of mouth and a February release date without much competition. Among either superhero films or films with the biggest opening weekends of all time, virtually every one dropped 50 percent or more during their second weekend.

There are no guarantees this early, but Black Panther could surpass $600 million or possibly even $700 million total, something only achieved by two Star Wars films and Avatar.

Warner Bros. Pictures’ comedy Game Night opened in second with $17.01 million. It was helped by mostly positive reviews and a well-liked cast headed by Rachel McAdams and Jason Bateman. It was also helped by a bigger-than-expected Saturday bump, indicating strong word-of-mouth for the R-rated flick. Game Night’s opening is just about in line with Office Christmas Party, which also starred Bateman and debuted to $16.8 million on its way to $54 million domestically.

Third place went to Sony Pictures’ animated/live-action hybrid Peter Rabbit, which took in $12.76 million in its third weekend for a total of $71.51 million so far. That was a decline of just 27.1 percent from the previous three-day weekend, which should guarantee a total gross of more than $100 million domestically.

Paramount Pictures’ sci-fi thrillerAnnihilation debuted in fourth place with $11.07 million, which wasn’t great given its $40 million budget. Although it stars Natalie Portman and was loved by critics, it is on the artsier side of the spectrum and hasn’t connected with mainstream audiences. However, Annihilation’s international release is being handled by Netflix, which agreed to cover a portion of the film’s budget after winning rights to stream the film overseas 17 days after its North American release. This is the second time Paramount has reached such a deal with the streaming giant, although unlike Annihilation, The Cloverfield Paradox went straight to Netflix in North America. This could be a sign of things to come as studios look to hedge their losses.

Sony Pictures’ adventure Jumanji: Welcome to the Jungle and 20th Century Fox’s musical The Greatest Showman both spend their 10th weekends in the Top 10. They are the first movies to do so since Spider-Man: Homecoming in September. Both also seem likely to hold on for at least an 11th weekend in the Top 10 next weekend, with Jumanji in particular potentially staying on even longer.

Jumanji: Welcome to the Jungle finished with $5.65 million in sixth place and has grossed an incredible $387.28 million so far. Although the marketplace is growing increasingly crowded, the Dwayne Johnson sequel is inching ever closer to Spider-Man‘s $403 million total. If it surpasses that number, it will become the highest-grossing Sony title of all time not adjusting for inflation.

In ninth was the weekend’s other new wide release, Orion Pictures’ YA romance Every Day, which grossed $3.02 million. Luckily the budget was just a reported at just $5 million, so its opening wasn’t a disaster.

Rounding out the Top 10 was Aardman’s Early Man, which took in just $1.77 million in its second weekend for a total of $6.85 million so far. The stop-motion production wasn’t able to gain a foothold in the marketplace and will soon be making the trek to home-viewing formats.

The top 10 films last weekend earned $177.07 million. That is 33.8 percent below the previous weekend’s $267.36 million total. It is 70.4 percent above the $103.87 million on the same weekend last year, when Get Out led with $33.38 million for the first weekend. Year-to-date box office stands at $1.91 billion, 14.0 percent above this same point last year. While it is still early in the year, that is an impressive number for now. Plus it is a stunning turnaround from as recently as two weeks ago, when the YTD box office was below last year.