Walt Disney Studios/Marvel Studios’ Black Panther starring Chadwick Boseman, Lupita Nyong’o and Michael B. Jordan was even bigger than expected over the Presidents Day holiday earning $242.16 million over the four-day weekend (Feb. 16-19). It is nearly $7 million more than estimates. That makes it the second-largest four-day opening in history, second only to Star Wars: The Force Awakens with $288.1 million and just ahead of Star Wars: The Last Jedi with $241.5 million. 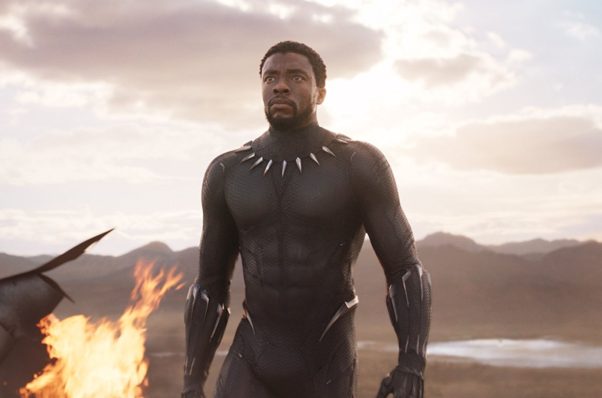 Black Panther was even bigger than expected over the Presidents Day weekend earning $242.16 million over the four-day weekend and taking first place. (Photo: Marvel Studios)

The result came thanks to an all-time record Monday, with the film taking in a whopping $40.15 million, beating out previous record-holder Star Wars: The Force Awakens, which took in $40.1 million on its opening Sunday. Overseas, Black Panther grossed $184.60 million in other countries over the four-day weekend, giving it a global total of $426.76 million to date.

Black Panther is the largest February opening ever surpassing Deadpool‘s $132 million by a wide margin and the fifth-highest three-day opening in history after Star Wars: The Force Awakens, Star Wars: The Last Jedi, Jurassic World and The Avengers.

The weekend’s two other new wide releases opened soft in the face of the Blank Panther. Aardman’s stop-motion animated Early Man earned $3.19 million through Sunday and $4.26 million through Monday for seventh place over the entire weekend, while Biblical action flim Samson finished out of the Top 10 in 11th place for both the three- and four-day weekend with $1.94 million and $2.26, respectively. Riding on a tidal wave of hype, Black Panther‘s allure was simply too strong for either film to carve out significant audiences of their own.

Peter Rabbit held up well in its second weekend, earning $17.51 million over the three-day period, which was down just 31 percent, and $23.38 million over four days holding onto second place. It has grossed $54.36 million through Monday – not bad given its reported budget of $50 million. It didn’t hurt that Early Man– its main competition in the family marketplace – failed to register with moviegoers.

The previous weekend’s first place Fifty Shades Freed, meanwhile, took in $17.31 million over the three-day period and $19.44 million over the four-day, a drop of 49.6 percent from its $38.56 million debut, to finish in third place. That brings its total to $78.63 million through Monday, about 12 percent below Fifty Shades Darker over the same period. At this pace, Fifty Shades Freed will easily cross the $100 million mark domestically by the end of its run.

Jumanji: Welcome to the Jungle logged its ninth Top 5 finish with $7.94 million through Sunday and $10.01 million through Monday for fourth place, bringing its total to $379.69 million. The film has surpassed Spider-Man 2 as the second highest-grossing Sony Pictures release of all time domestically not adjusted for inflation, and has the original Spider-Man, which grossed $403 million, in its sights.