Star Wars: The Last Jedi added $99.03 million to its haul over the four-day Christmas weekend (Dec. 22-25) and $71.57 million over the traditional three-day weekend, easily continuing to lead the way as the heart of the holiday season took effect. 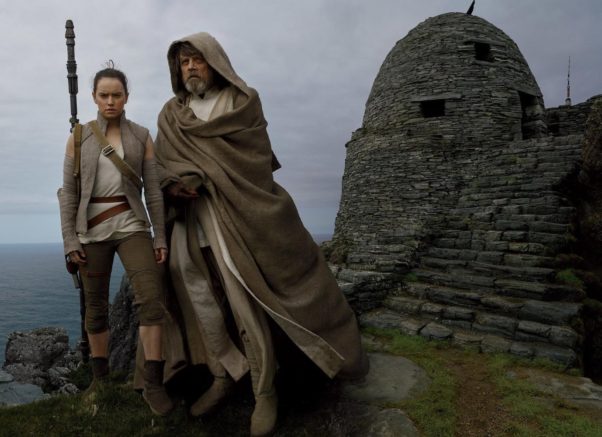 With the weekend’s four-day gross, the blockbuster sequel now stands at a massive $395.63 million domestic total through just nine days of play, pacing 31 percent ahead of Rogue One: A Star Wars Story and 27 percent behind Star Wars: The Force Awakens, whose eighth day landed on Christmas.

The Last Jedi already ranks as the third highest grossing domestic release of 2017 — surpassing Guardians of the Galaxy Vol. 2‘s $389.8 million run. It is the first time in history that three films led by female characters/actors have stood atop any year’s box office chart: The Last Jedi, Beauty and the Beast and Wonder Woman.

Jumanji: Welcome to the Jungle, which opened Wednesday, finished in second place. The movie starring Dwayne Johnson, Kevin Hart and Jack Black continues to live up to pre-release expectations as it took in $55.40 million over the four-day ($36.40 million over the three-day). Strong word of mouth and positive reviews should continue driving the film through the holidays. giving it an overall six-day launch of $72.01 million.

Pitch Perfect 3 starring Anna Kendrick and Rebel Wilson debuted in third place with $26.42 million over the four-day holiday ($19.92 over the traditional three-day weekend). Fans will no doubt result in some front-loading to the weekend, but this is a solid performance in a highly competitive market for a sequel that was never likely to perform at the same level of its 2015 predecessor.

Meanwhile, The Greatest Showman starring Hugh Jackman finished in fourth place with $14.41 over the four-day weekend ($8.81 during the three-day). The film, which opened on Wednesday, has earned $19.01 million so far.