Warner Bros. Pictures and DC Comics’ Justice League didn’t break the $100 million mark in its opening weekend in North America last weekend (Nov. 17-19). The superhero ensemble opened to $93.84 million, the lowest opening for any of the films in DC’s Extended Universe. That was less than half of both The Avengers with $207.4 million and Avengers: Age of Ultron with $191.2 million. Comps weren’t favorable when compared to solo superheroes either, lagging behind Thor: Ragnarok with $122.7 million, last year’s Batman v Superman: Dawn of Justice with $166.0 million and Captain America: Civil War with $179.1 million. 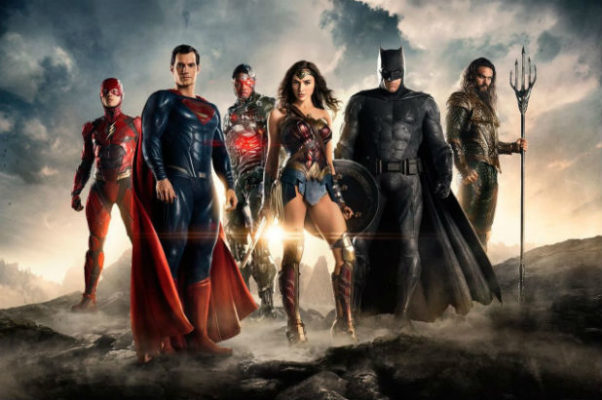 Justice League debuted in first place with $93.94 mllion, under what was expected. (Photo: Warner Bros. PIctures)

Justice League didn’t fare well in critics’ reviews and found 69 percent of its opening audience from filmgoers over 25 years old, while millennials under 25 only represented 31 percent of the take.

The numbers were much better overseas, where the film debuted with about $185.5 million for a $279 million global opening. Both those figures are below the overseas/global openings for last year’s Batman v. Superman: Dawn of Justice.

The third entry in the Thor franchise, which has earned $247.27 million domestically so far, has passed Doctor Strange, which earned $233 million, Logan, which grossed $226 million, and Thor: The Dark World, which took in $206 million. It is the seventh top movie of 2017 to date. It added $24.1 million from 58 overseas territories last weekend, hitting a $490.7 million total outside of North America and $738.1 million total.

Sony Pictures and Affirm’s animated faith-based movie The Star took in $9.81 million for a sixth-place debut. It is a positive start for the faith-based title entering the holidays, where it expects to shine as a holdover. But it will have to battle for audiences as Pixar’s Coco hits theaters on Wednesday.

Award contenders Lady Bird from A24 and Three Billboards Outside Ebbing, Missouri from Fox Searchlight Pictures cracked the top 10, despite playing in only 238 and 53 theaters respectively.

Lady Bird earned $2.52 million, ranking eighth overall and reaching a $4.69 million total in its third weekend of limited release. The film is well positioned as it expands nationwide over Thanksgiving.

Three Billboards Outside Ebbing, Missouri broke into the top 10 earning $1.10 million. The performance equates to a $21,000 per-screen average, second only to Justice League for the weekend. It has now grossed a total of $1.54 million over its first two weeks in limited release.

The top 10 films earned $192.82 million last weekend, 39.9 percent above the previous weekend’s $137.87 million. It was also 31.6 percent ahead of the same weekend last year, when Fantastic Beasts and Where to Find Them debuted in first place with $74.40 million.