Mark Heckathorn
Off
events, things to do, weekend guide

14 Things to Do This Weekend in the DMV

Saturday looks like it is going to be rainy and cold, but Sunday is looking good. Luckily, most of the events this weekend are inside, so you’ll stay warm and dry. 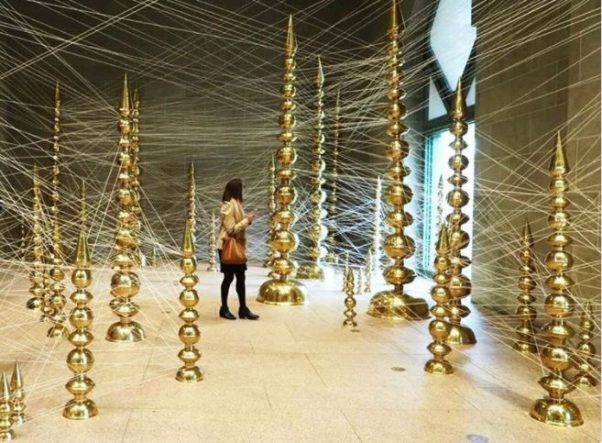 A new large-scale installation from internationally appreciated artist Subodh Gupta resides in the Sackler Pavilion. Terminal is made from towers of brass containers often found in India that are connected by thread, creating a glimmering landscape. The spires within the installation range from one to 15 feet tall, reminding one of architectural features found on churches, temples and mosques. 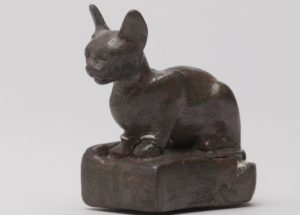 A weight int he form of a cat. (Photo: Brooklyn Museum)

Although cats are great for internet memes now, felines were spiritual beings in ancient Egyptian times and associated with divinities, as revealed in Divine Felines: Cats of Ancient Egypt. Cat coffins and representations of the cat-headed goddess Bastet are among the extraordinary objects that reveal felines’ critical role in ancient Egyptian religious, social and political life. Dating from the Middle Kingdom to the Byzantine Period, this exclusive exhibit mines the importance of the cat in society, including their status in religious and political life. You will see more than 80 works in the display, from statues and amulets to household items made to look like felines. 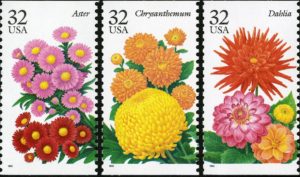 The National Postal Museum highlights the role of the flowering plant on U.S. postage stamps over the last 50 years in its new exhibit, Beautiful Blooms: Flowering Plants on Stamps. See developmental and final artwork that shows how important design artwork is to the completion and production of a postage stamp. Common artistic themes, like the relationship between flowering plants and bees, will also be explored in the exhibit.

Tamayo: The New York Years examines the incredible influences between the work of Rufino Tamayo and the American art scene with 41 of his pieces, a first for a major museum. Tamayo was a Mexican artist who lived in New York City off and on for almost three decades, composing Modernist paintings that incorporated Mexican subjects into urban and dreamlike settings, as well as a series of animal paintings that receive a special focus in the exhibit. See how Tamayo was inspired by American artists like Jackson Pollock, and how the Mexican painter became a symbol of a 20th century shift in American art.

The Sweat of Their Face: Portraying American Workers

The work of famous artists like Winslow Homer, Dorothea Lange, Elizabeth Catlett and Lewis Hine will be on display in The Sweat of Their Face: Portraying American Workers, a new exhibit at the National Portrait Gallery. The face of the American laborer has undergone radical change over time, and this development will be showcased across several genres of art. Roughly 75 pieces will be on display, from child and slave laborers to miners, railway and steel workers, to the modern gradual disappearance of the worker. highlighting the gradual change of the labor landscape in America. 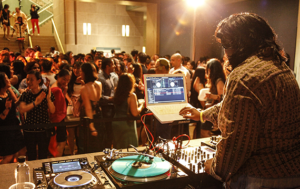 The Freer|Sacl;er Galleries kick off their annual Korean Film Fest with a party and screening of Okja. (Photo: Freer|Sackler Galleries)

Freer|Sackler’s annual Korean Film Festival launches Friday with a special after-hours event with a curator-led tour of the newly installed gallery of Korean art from 6-7 p.m. Enjoy free Korean bites from Esther’s Kitchen, a cash bar featuring signature cocktails from Tortoise and Hare and a K-pop dance party with Bae Bae from 5:30-9 p.m.. At 7:30 pm, catch a special screening of Okja, Bong Joon-ho’s dystopian comedy about a race to engineer the perfect genetically modified pig, followed by a live video Q&A with the director.

Scott Kelly: A Year in Space 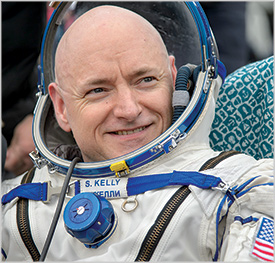 Smithsonian Associates bring astronaut Scott Kelly to town for Scott Kelly: A Year in Space, a conversation with NPR science correspondent Joe Palca. Kelly has participated in four space flights and holds the American record for most consecutive days spent in space. With his new book, Endurance: A Year in Space, A Lifetime of Discovery, guiding the way, Kelly will share stories and experiences that you will not hear anywhere else including what it feels like to be launched in a rocket, what happens to your body in zero gravity and what happens when you get a toothache 250 miles above Earth. He will also recount his year aboard the International Space Station, his childhood in New Jersey and what sparked his career, which changed his trajectory from an unfocused, below-average student to a record-setting astronaut. 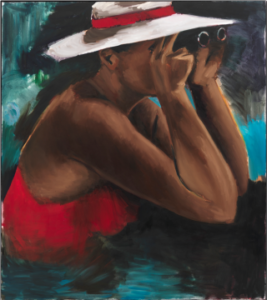 Woanology 12 by Lynette Yiadomp-Boakye is part of the new exhbit. (Photo: Franko Khoury)

The National Museum of African History kicks off its new permanent exhibit, Visionary: Viewpoints on Africa’s Arts with a Community Day on Saturday with games, storytelling, music, face painting, stilt walkers, henna tattoos and more. The new display features more than 300 works of art with broad thematic connections between African artworks from across the range of time, place and medium across seven rooms. Tours will be given by curator Kevin Dumouchelle at noon, 1 and 2:30 p.m. Visitors can create a folded accordion book between 11 a.m.-2 p.m., there will be a Q&A with award-winning authors and illustrators from 11:30 a.m.-12:30 p.m. and you can meet the authors and get their books signed from 12:30-1:30 p.m. 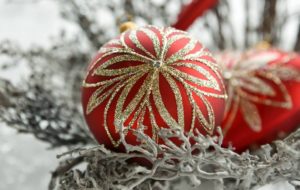 The Czech Republic and Slovakia embassies both hold their Christmas markets on Saturday. The two embassies, located a mile apart in Van Ness, will have vendors selling glass ornaments, textiles, crystals, jewelry and wine, as well as children singing traditional carols. Each also promises holiday cookies and mulled wine, and the Czech Republic will have a nativity scene with live animals. 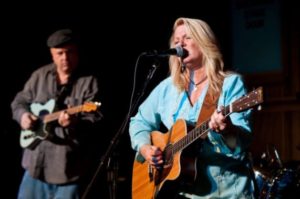 Dave Chappell and Patty Reese won best duo at the 2017 D.C. Blues Society’s Battle of the Bands and will represent Washington at the 2018 International Blues Challenge in Memphis. They will take the stage this weekend at the College Park Blues Festival.
(Photo: Jerry Frishman)

Lady D & the Rogue Johnsen Trio took first place in the D.C. Blues Society’s recent Battle of the Bands, while Patty Reese and Dave Chappell were named the best duo. Both earned spots at the annual International Blues Challenge in Memphis next year. The only downside? They have to pay their own way. To help out, the D.C. Blues Society is turning the 10th annual College Park Blues Festival into a “Memphis or Bust!” fundraiser with performance by both winners, the District’s Bad Influence Band and Colorado’s Lionel Young Band, which won the International Blues Challenge in 2011. The event also features vendors and a craft beer garden.

Nov. 4 from 6-11 p.m. at the University of Maryland’s Ritchie Coliseum, 7675 Baltimore Ave., College Park. Admission and parking are FREE! 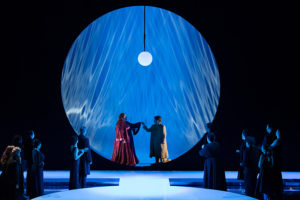 This tale of Alcina, a sorceress who, when tired of her subjects, turns them into stone or beasts from the Washington National Opera, will bring all kinds of magic to the Kennedy Center starting this Saturday. Handel’s baroque opera also concerns the knight Ruggiero, who has the power to overcome Alcina’s cruelty in this tale of enchantment, seduction and fantasy. 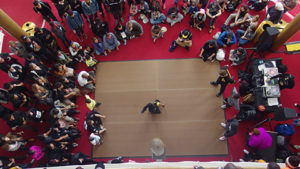 Local nonprofit organization Words, Beats and Life sponsors this celebration of hip-hop culture. The day starts with a three-on-three break dancing competition featuring B-boy and B-girl teams from across the country, with finalists going head-to-head on the Millennium Stage at 6 p.m. Throughout the day, 30 local artists will create graffiti-inspired works of art while DJ Vico Vibez spins music to get their creative juices flowing. Food trucks will be on site all day. 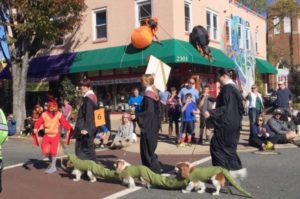 Live music, pets in costume and spooky decorated homes make up the 21st Del Rey Halloween Parade, which was rained out last Sunday. The parade begins at Mount Vernon Avenue south of East Bellefonte Street and proceeds to the Mount Vernon Recreation Center fields at Commonwealth Avenue. Children, pets and strollers are invited to march and show off their finest and scariest Halloween garb. At the fields, goodie bags will be handed out with free hot dogs, apple cider and cookies. Mars Rodeo will perform and there will be games and activities for the kids.

Fantasy in Japan Blue daily through Nov. 12 from 10 a.m.-closing at the John F. Kennedy Center for the Perform Arts’ Hall of Flags, 2700 F St. NW. Admission is FREE!

Ilya and Emilia Kabakov: The Utopian Projects from 10 a.m.-5:30 p.m. daily through Mar. 4, 2018, at the Hirshhorn Museum and Sculpture Garden, Seventh Street and Independence Ave. SW. Admission is FREE!

Murder Is Her Hobby: Frances Glessner Lee and the Nutshell Studies of Unexplained Death daily from 10 a.m.-5 p.m. at the Renwick Gallery, 1700 Pennsylvania Ave. NW. Admission is FREE!

Vermeer and the Masters of Genre Painting: Inspiration and Rivalry daily through Jan. 21 from 10 a.m.-5 p.m. Monday through Saturday and 11 a.m.-6 p.m. Sunday at the National Gallery of Art, Sixth Street and Constitution Avenue NW. Admission is FREE!

What Absence Is Made Of daily through the summer of 2019 from 10 a.m.-5:30 p.m. at the Hirshhorn Museum and Sculpture Garden, 7th Street and Independence Avenue Sw. Admission is FREE!