Mark Heckathorn
Off
DMV, events, things to do, weekend guide

Fall Activities Fill This Weekend in the DMV

With a forecast of temperatures in the mid-70s, it is going to be a great weekend to get out and enjoy some fall and Halloween activities in the DMV.

This weekend, Red Line trains will single track every 15 minutes between Medical Center and Grosvenor with additional trains running between Farragut North and Sliver Spring from 9 a.m.-9 p.m. After 10 p.m. each night, Orange and Blue Lines will single track between Foggy Bottom and Clarendon and Silver Line Trains will run from Wiehle-Reston East to Ballston ONLY. Trains will run on regular weekend schedules. Green and Yellow Lines will operate with regular weekend service. Metro opens at 6 a.m. on Sunday for the Marine Corps Marathon. 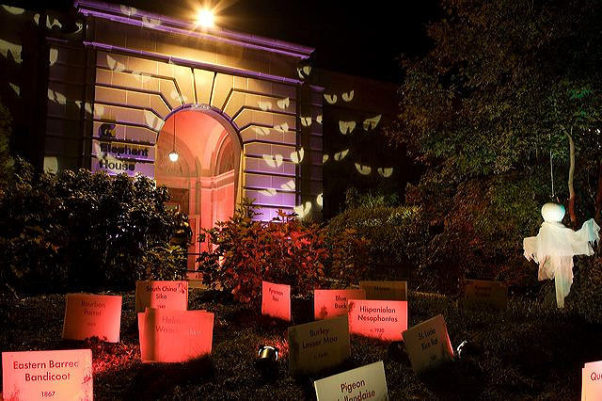 The National Zoo’s annual family-oriented Halloween evening event Boo at the Zoo is now an essential part of the holiday in D.C. Geared towards wholesome fun, the three-day celebration features more 40 treat stations, after-hours access to animal houses and exhibits, live entertainment, zoo education areas and commemorative trick-or-treat backs for the little ones. Halloween-themed trains will be fun for a strool, and the whole crew can get creative during the pumpkin carving competition. Make sure to go in costume! 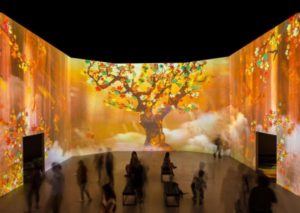 Spirit of Autumn is a new interactive display at Artechouse.
(Photo: h4sn41n/Instagram)

Artechouse unveiled its newest interactive exhibit earlier this month. Spirit of Autumn engages all the senses and every member of the family. The experience begins with you coloring a leaf on a piece of paper, which becomes a digital object on a 270-degree wall projection. You can them mover through other galleris, all activated by your footsteps to create an autumnal and dreamlike experience. All ages are welcome at the exhibit during the day, but admission is 21 and older in the evening. 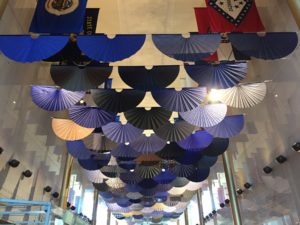 Reiko Sudo is a world leader in textile design, and her incredible work Fantasy in Japan Blue will be on display in the Kennedy Center’s Hall of States for six weeks this fall. The exhibit displays fabric made from natural material, which is then hung on 150 open fans. Each fan is colored to correspond to 46 shades of Japanese indigo, which is the same amount of years that John F. Kennedy lived.

What Absence Is Made Of 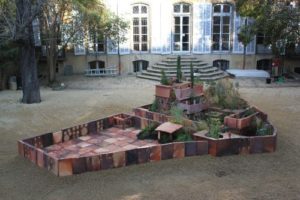 What Absence Is Made of at the Hirshhorn features 70 works including Abbottabad by Hunang Yong Ping. (Photo: Gladstone Gallery)

The creative ways that absence is expressed throughout numerous forms of art is the topic of the new What Absence Is Made Of exhibit at the Hirsshorn. More than 70 works across seven decades make up the display, which include small-scale pieces that use mirroring effects to large-scale ruminations using simple materials. Visitors can observe how leading artists like Annette Lemieux, Ed Atkins and John Baldessari deal with the loss of something – objects, memory or yourself — or something that has never appeared at all.

Daily through the summer of 2019 from 10 a.m.-5:30 p.m. at the Hirshhorn Museum and Sculpture Garden, 7th Street and Independence Avenue Sw. Admission is FREE! 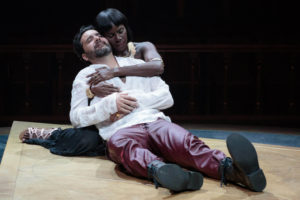 The Folger Theatre presents the epic Shakespeare production Anthony and Cleopatra in-the-round this fall. Mark Anthony is at the height of his powers, but unable to decide between his torrid love affair with Cleopatra in Egypt and his duty to the Roman Empire. Filled with politics, romance and war, it promises to be one of the most intense plays of the season. 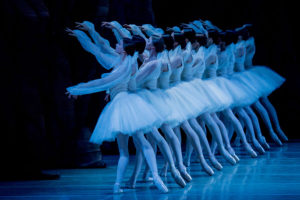 The Mariinsky Ballet, a legendary Russian ballet company, returns to the Kennedy Center to perform La Bayadère, one of its most famous renditions. The piece touches on forbidden love, betrayal and the afterlife through its gorgeous choreography, stunning sets and costumes, and unforgettable characters. The “Shades” scene is its most famous, when maidens dressed in white seemingly float across the stage in perfect alignment. The last time this production came to D.C., it dazzled sold-out crowds, so get your tickets quickly. 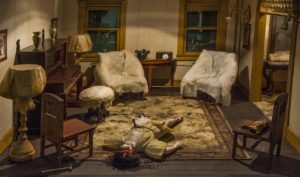 Celebrate the opening of a murderous new exhibit at the Renwick Gallery with this Friday night Murder House Party! Murder Is Her Hobby: Frances Glessner Lee and the Nutshell Studies of Unexplained Death opens the day of and remains on display through Jan. 28, a fascinating new display that traces the connection between craft and forensic science. It features Lee’s detailed dollhouse-sized diorama of true crime scenes, which were used to train homicide investigators. House music will blare throughout the night as you savor beer, specialty cocktails and much more. You will have access to another of the gallery’s new exhibits, Rick Araluce: The Final Stop, which transforms one of the galleries into an abandoned underground subway platform until Jan. 28 and only cranks up the creepiness even more. 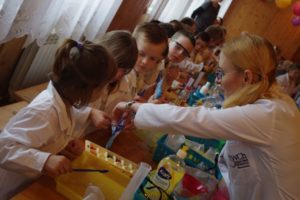 Polish scientists will celebrate Madam Curie’s 150th birtyday with a free chemistry workshop at 1 and 3 p.m. at the KID Museum in Bethesda. (Photo: European Union Delegation)

Through Nov. 5 at various times and locations around the DMV. Admission is FREE, but some require advance registration. 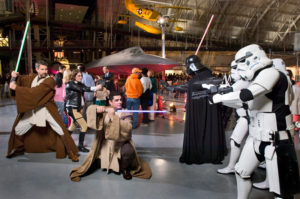 Have some spooky fun with a trip to Air & Scare at the Steven F. Udvar-Hazy Center in Chantilly. The annual indoor romp asks that you rock your Halloween attire and get ready for an intense round of trick or treating and to meet Ghostbusters and Star Wars characters. But the fun doesn’t stop there: crazy science experiments, creepy crafts, carve pumpkins, a tot zone, story time, cartoons and a puppet show are on tap as well. 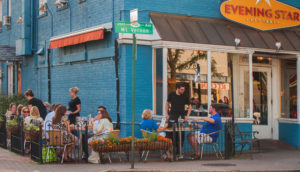 The Del Ray restaurant celebrates its second decade by shutting down the street, firing up the grill and throwing a 20th Anniversary Block Party. Grab pulled-pork sandwiches, hot dogs, barbecue chicken from the grill and all the fixings, and wash them down with 11 different Bluejacket beers, including The Ave., a brand-new IPA inspired by Bell’s Two-Hearted Ale.

Oct. 21 from noon-6 p.m. at the Evening Star Café, 2000 Mount Vernon Ave., Alexandria. Admission is FREE with a $5 suggested donation to George Washington Middle School in Del Rey. Food and beer can be purchased a-la-carte. 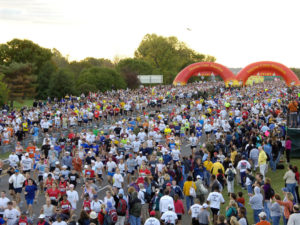 The Marine Corps Marathon’s 42nd running begins between the Pentagon and Arlington Cemetery and concludes, fittingly, in front of the Marine Corps War Memorial. Runners will trot by iconic sites on the 26.2 mile run, exploring scenery that is wholly unique to D.C. A family festival including games, live music and activities will be held at Crystal Drive and 23rd Street in Crystal City from 9:30 am.-3:30 p.m. A Finish Festival just after the finish line will feature food, music, giveaways and a beer garden along Mead and Lynn Streets, Fort Myer and Fairfax Drives and Wilson Boulevard from 8 a.m.-4 p.m. Both festivals are free.

Oct. 22 starting at 7:45 a.m. on Route 110 halfway between the Pentagon and Arlington Memorial Drive in Arlington. Registration is closed for the run, but spectators are more than welcome.

Vermeer and the Masters of Genre Painting: Inspiration and Rivalry 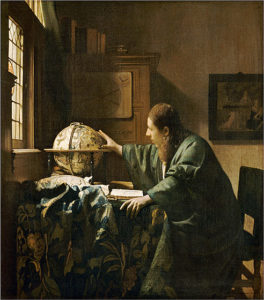 Ten paintings by Johannes Vermeer, including The Astronomer, above, go on display Sunday at the National Gallery of Art. (Photo: Franck Raux/RMN-Grand Palais)

The highlight of the National Gallery of Art’s fall season, Vermeer and the Masters of Genre Painting: Inspiration and Rivalry opens Sunday. It gathers 10 paintings by Vermeer — many of which have not been seen in this country in many years — as part of a show that puts the artist in the context of other genre (depictions of everyday life) painters from the Dutch golden age. The quiet scenes unfold in quiet household spaces and feature elegant ladies and gentlemen from the mid-1650s to about 1680, a time of unparalleled innovation and prosperity. The show, which includes nearly 70 works, also features pieces by Gerard ter Borch, Gerrit Dou, Pieter de Hooch, Gabriel Metsu, Caspar Nettscher and Jan Steen.

Daily through Jan. 21 from 10 a.m.-5 p.m. Monday through Sautrday and 11 a.m.-6 p.m. Sunday at the National Gallery of Art, Sixth Street and Constitution Avenue NW. Admission is FREE!

Ilya and Emilia Kabakov: The Utopian Projects from 10 a.m.-5:30 p.m. daily through Mar. 4, 2018, at the Hirshhorn Museum and Sculpture Garden, Seventh Street and Independence Ave. SW. Admission is FREE!