It was a good weekend for Happy Death Day, as Universal Pictures and Blumhouse Productions’ horror opened on Friday the 13th to a first place debut of $26.04 million. That was higher than most predictions, with most projections topping off at $25 million maximum. 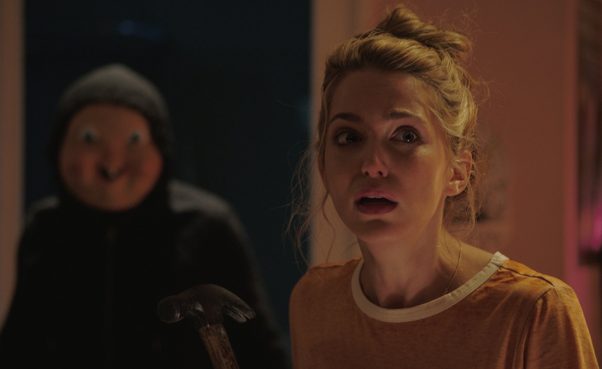 Happy Death Day was number one over the weekend with $26.04 million. (Photo: Universal Pictures)

Exploiting the superstitious holiday and Halloween approaching, the movie — about a woman who relives the day of her death on repeat — continues the horror genre’s highest-grossing year of the 21st century. Happy Death Day exceeded not only the opening, but also the entire cumulative gross of The Bye Bye Man, another horror which opened on Friday the 13th in January.

While it did open below two of Blumhouse’s other horror releases this year, Get Out and Split, those comparisons might be unfair, as those were both two of the highest grossing horror titles in ages. The audience was 54 percent female and 63 percent under age 25.

While horror films are usually frontloaded, it is possible Happy Death Day could hold well for the next two weekends as Halloween approaches. But with two new horror releases coming out in the next two weekends with Boo 2! and Jigsaw, it will face some tough competition — not to mention the continued hold of last month’s It.

The film has earned $60.97 million to date, below what most expected by this point in its run. Despite stellar reviews, it now appears the film may even fail to reach $100 million domestically, despite posting a $150 million budget.

STX Entertainment’s The Foreigner, an action film starring Jackie Chan as a father getting revenge for his daughter’s murder, opened in third place with $13.11 million, in line with pre-release expectations.

Compared to other recent October action releases, it starts behind John Wick, The Accountant and Jack Reacher: Never Go Back. However, it has done much better overseas, with $88 million and counting. John Wick earned $45 million and The Accountant earned $68 million from overseas markets.

While Chan still remains one of the most popular and highest paid movie stars in the world while focusing on Chinese films the past few years, his star power has faded in the U.S. this decade. The film marks Chan’s first wide-release live-action movie in America since The Karate Kid in 2010.

While its opening was in line with expectations, it might have been considered a disappointment for Chan in the 90s and 2000s back when he was one of Hollywood’s biggest box office draws.

Focus Features’ Victoria and Abdul expanded its theater count, but still remains in only 900 theaters, taking in $3.01 million to finish in 10th place. That actually represents a 25 percent decline, despite its theater expansion.

The top 10 films earned $88.77 million last weekend, 5.8 percent below the previous weekend’s $94.22 million. It is 0.4 percent above the same weekend last year, when The Accountant led with $24.71 million. The year-to-date box office is 4.8 percent behind last year.