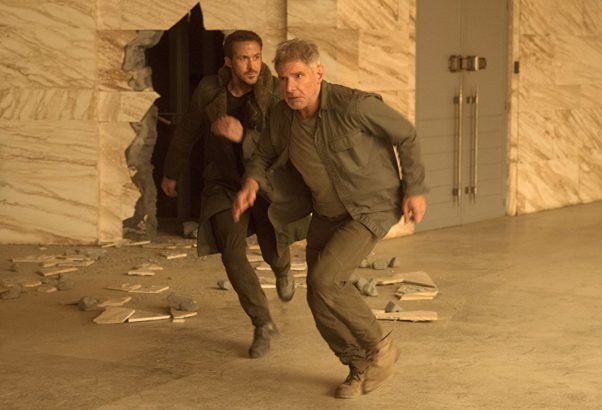 Co-financed and distributed overseas by Sony/Alcon, the science-fiction sequel starring Ryan Gosling and Harrison Ford started 41 percent below The Martian, 33 percent below Interstellar and 12 percent below Alien: Covenant. However, it did open 9 percent above Edge of Tomorrow and 30 percent above director Denis Villeneuve’s previous film Arrival.

Audiences may have found the film too esoteric. A sequel to 1982’s Blade Runner, the original is critically acclaimed as well as beloved by hardcore sci-fi fans, but may not have been widely known enough among the general public. Another problem may have been the inability to attract both genders. Despite Gosling and Ford having both won People Magazine’s Sexiest Man Alive, females only comprised 29 percent of the film’s opening weekend audiences. Yet another issue was a difficulty attracting younger moviegoers, as people over age 25 comprised a massive 86 percent of the audience. Getting younger attendees was always going to be a challenge considering that most Millennials probably didn’t know the original 1982 film, but the big-budget special effects and Gosling arguably should have helped attractive Millennials a bit more.

Twentieth Century Fox’s The Mountain Between Us didn’t exactly move mountains, debuting in the runner-up spot with $10.55 million.

The adventure starring Kate Winslet and Idris Elba was expected by some to start in third or possibly even fourth place, so second place is a nice win for the film. Compared to other recent survival movies, it started 8 percent below In the Heart of the Sea and about in line with The Finest Hours at only 1 percent below.

Warner Bros.’ horror remake It surpassed $300 million over the weekend, an unprecedented sum for a horror film in this century.

The movie took third place with $9.97 million, a 41.0 percent drop. It spends a fifth weekend in the top three, an incredible feat for the horror genre. Horror films often doesn’t even open in the top three, but as one of the most frontloaded genres they usually fall steeply even when they do open in the top tier. It has now earned $305.25 million to date. With audiences still flocking to it as Halloween approaches, it may even surpass $350 million ultimately.

Finally, Lionsgate’s My Little Pony: The Movie came in fourth with $8.89 million. The film was projected by many to start in second place.

Starring the voices of Emily Blunt and Sia, the movie is based on the popular television show aimed primarily at pre-school to elementary school girls. However, it did start higher than even the adjusted-for-inflation opening of The Powerpuff Girls Movie from summer 2002. It also marks a turnaround after a string of animated box office disappointments from Lionsgate the past two years, including Rock Dog, The Wild Life and Norm of the North.