It Continues to Freighten Competitors 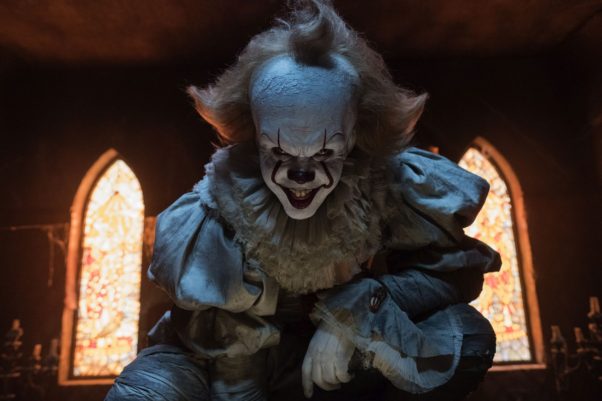 Following the previous weekend’s monster debut, which broke even the most optimistic projections, the film dropped only 51.3 percent in its second weekend — a better hold than most films in the notoriously frontloaded horror genre. Although a few recent horror hits including Get Out and Split posted even smaller second-weekend percentage drops.

Not only did It claim the highest September opening of all time by a long shot, the film’s second weekend comes in higher than any other September release’s opening weekend. Even adjusted for inflation, only one September film’s opening has ever come in above It’s second weekend: the debut of 1988’s Rush Hour.

It is already the highest grossing September release of all time after only 10 days of release. Adjusted for inflation, it is currently the fourth-highest September release ever, behind Crocodile Dundee, Fatal Attraction and Rush Hour.

The action movie from CBS Films and Lionsgate starring Dylan O’Brien and Michael Keaton, started about in line with pre-release expectations. American Assassin debuted in the same range as other recent titles such as War Dogs and the original John Wick.

Despite starring Jennifer Lawrence, one of the biggest box office draws of the decade, the film was unable to overcome its bad reviews. Mother! was also hurt by its release date. It came out the weekend after the mammoth opening of fellow horror It, not to mention the continued respectable hold of yet another horror Annabelle: Creation, which took seventh place with $2.14 million. Add the release of yet one more horror Friend Request next weekend, and look for Mother! to drop off quickly.

Spider-Man: Homecoming spent its 11th weekend in the top 10. With a ninth place finish of $1.86 million, the film joins a rare and elite club of titles to have spent that long in the top tier. Beauty and the Beast, Hidden Figures and La La Land previously reached the mark earlier in 2017. This year now sets a 21st century record for the most films (four) to spend at least 11 weekends in the top 10 since 1999.

That measurement counts when the films reached their 11th such weekend, not when they were first released. So Hidden Figures and La La Land, which were both released in December 2016 but reached their 11th weekend in the top 10 during 2017, are counted for 2017.

It’s still possible another title could reach the 11-weekend mark before this year is out. Dunkirk, currently in its ninth weekend in the top 10, is a dark horse candidate since it came in 10th place last weekend with $1.31 million.

Chalk its level of longevity, unprecedented in modern times up to a combination of quality titles that audiences loved, along with a lackluster release schedule that didn’t always provide steep competition.

The historically poor August helped Spider-Man: Homecomng to stay near the top, unlike most superhero movies which open high but then fade fast. Factor in its positive audience reception, and you have a film still playing in theaters nearly three months after opening.

The top 10 films last weekend earned $101.56 million last weekend, 33.6 percent below the previous weekend. However, it is 42.9 percent ahead of the same weekend last year, when Sully led with $21.65 million.