Warner Bros. Pictures’ It led the box office and became the highest opening horror film in history last weekend (Sept. 8-10) with a $123.40 million debut. Usually horror is one of the lowest grossing genres. 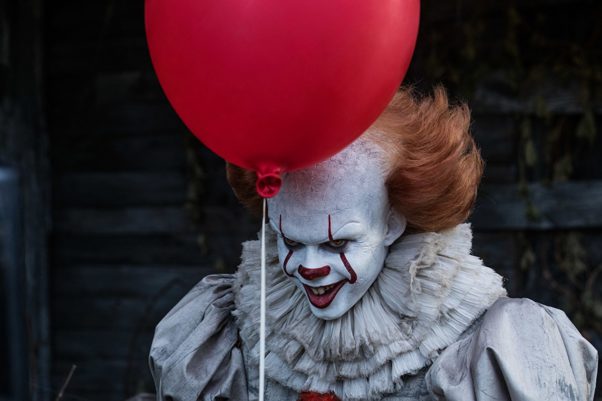 But the adaption of Stephen King’s It shattered many records including the highest horror opening ever. When adjusted for inflation, Interview with the Vampire had been the previous leader with a modern-day $77.3 million. It was also the largest September debut, which previously never had a film open with more than $75 million when adjusted for inflation. The month’s record in dollars had been 2015’s Hotel Transylvania 2 with $48.6 million, while the inflation-adjusted record had been 1998’s Rush Hour with $62.5 million. It more than doubles the former and nearly doubles the latter, disproving the maxim that September is a dull period between the summer and holiday seasons when nothing makes money.

The movie also was the largest of the 41 films based on King’s books. It not only claims the largest opening by far, but also seems a lock to become the highest total earner. Even adjusting for inflation, it will almost certainly surpass the final gross of such classics as The Shawshank Redemption, The Shining, The Green Mile and Misery. It also outgrossed the industry’s entire prior record for largest total post-Labor Day weekend by itself.

It debuted only a month after fellow King novel adaptation The Dark Tower sputtered, with a total unlikely to pass $60 million. That was despite The Dark Tower having a higher budget, a seemingly-better release date, more star power in the form of Matthew McConaughey and being a fantasy action rather than a horror film.

The much-needed reversal comes after this summer was by some measures the lowest-performing in decades. Just two weekends ago was the lowest inflation-adjusted box office weekend since a post-9/11 weekend in September 2001.

In pure dollars, It seems potentially on track to claim the horror record. Adjusted for inflation, though, it seems unlikely to beat the current horror record-holder, 1973’s The Exorcist, which earned almost $1 billion in today’s dollars.

With It this weekend, Warner Bros. almost overtakes Disney to become the highest grossing studio domestically of 2017. In fact, Warner Bros. appears likely to surpass Disney on a weekday later this week. Disney has led continuously since March when Beauty and the Beast opened. However, Warner Bros.’ run at the top will likely be short-lived, since most analysts expect Disney to retake the annual lead in November and December on the strength of new Star Wars, Thor and Pixar films. Still, this is a big win for Warner Bros., which has released such hits this year as Dunkirk and The Lego Batman Movie, as well as some box office disappointments such as The House and King Arthur: Legend of the Sword.

The Reese Witherspoon romantic comedy Home Again debuted in second place with $8.57 million. The Open Road Films release came in about in line with expectations and provided a nice bit of counterprogramming to the horror, action and drama films comprising the rest of the weekend’s top five.

The others in the top 5 include The Hitman’s Bodyguard at number 3 with $4.80 million, Annabelle: Creation in fourth with $4.00 million and Wind River in fifth with $3.13 million.

Sony’s Pictures’ Spider-Man: Homecoming spent its 10th weekend in the top 10, with a seventh place rank and $2.01 million.

Superhero movies in particular have a difficult time reaching that box office feat, since their traditionally high openings followed by steep falls usually prevent longevity milestones. Only two other superhero titles have reached 10 weekends in the top 10 during the past decade: The Dark Knight and Guardians of the Galaxy.

The top 10 films last weekend earned $153.02 million last weekend, 213.2 percent above the previous three-day weekend. It is also 90.4 percent ahead of the same weekend last year, when Sully led with $35.03 million.