After last weekend earned the lowest box office total since a weekend in September 2001, revenues improved over the holiday weekend. Lionsgate’s action comedy The Hitman’s Bodyguard led with a $13.27 million four-day weekend, which included the Monday Labor Day holiday. 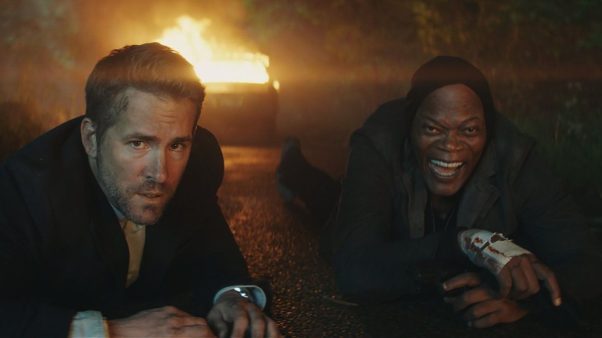 The Hitman’s Bodyguard lead the holiday box office for the third weekend with $13.27 million. (Photo: Lionsgate)

The first weekend of September has been the lowest-grossing of the year for the past three years. Last weekend — the first of September — reversed that losing streak.

The top 10 films performed about 1.66 percent better than the previous weekend’s top 10. The overall box office, when including all films, came in about 8.0 percent higher. That may be surprising, considering there were no new wide releases last weekend to attract audiences, with all wide-releases being holdovers.

How was this improvement accomplished? Six of the top 10 films increased their take relative to the previous weekend, which rarely happens. And the four films that fell all dropped by less than 10 percent.

The Hitman’s Bodyguard earned $10.54 million over the three-day weekend, an increase of 2.7 percent over the previous weekend. It became only the third movie of the year to lead for three weekends, along with April’s The Fate of the Furious and January/February’s Split. Although to be fair, The Hitman’s Bodyguard can attribute its staying power more to lackluster competition than the other two films, which were box office dynamite.

Warner Bros. Pictures’ horror Annabelle: Creation took second place for the third weekend with $9.19 million over the four-day holiday, falling 2.2 percent to $7.51 million for the three-day. Look for it to drop significantly more next weekend, when horror competitor It debutscomes out.

The Weinstein Co.’s drama Wind River expanded to 2,602 theaters and earned its biggest weekend yet on its fifth weekend of release. With $7.85 million over the four-day holiday, it took third place. It was up 35.7 percent to $6.24 million for the three-day weekend.

To be clear, last weekend was hardly a great one at the box office. In fact, quite the opposite. It was the second-lowest weekend of 2017, and among the lowest of the 21st century. But it avoided some of the dire and dramatic “lowest weekend in decades” projections that some had been predicting.

Fortunately for Hollywood, September is projected to potentially be the highest-grossing September of all time, adjusted for inflation. This coming weekend’s It is tracking to become one of the highest-opening horror films ever, action sequel Kingsman: The Golden Circle could improve upon its predecessor’s already-impressive gross and Lego Ninjago hopes to continue the two previous Lego films’ blockbuster status.

The top 10 films last weekend earned $61.71 million over the four-day Labor Day weekend. For the traditional three-day weekend, the top 10 films earned $48.86 million, 6.6 percent above last weekend but 27.0 percent behind the same weekend last year, when Don’t Breathe led with $15.8 million. Year to date box office is down 6.2 percent.