On the lowest box office weekend in more than a decade and a half, Lionsgate’s The Hitman’s Bodyguard led for the second straight weekend with $10.26 million. 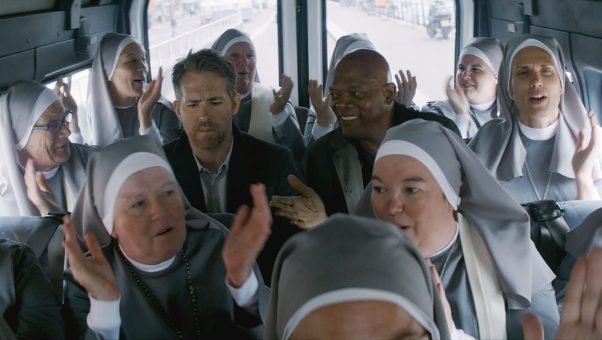 The Hitman’s Bodyguard was No. 1 last weekend with $10.26 million. It was the lowest weekend totals since September 2001. (Photo: Lionsgate)

The top 10 films earned slightly more in total than was originally projected on Friday — $45.85 million instead of $45.7 million. Still, it was the worst box office weekend since a September 2001 weekend falling shortly after 9/11. And with no major new wide releases debuting next weekend, it is expected to fall even further, potentially below $40 million — something unseen in the modern era of Hollywood.

September is often the lowest grossing month at the box office — 14 of the past 17 years saw their lowest-grossing weekend of the year fall in September. But that specific 2001 weekend fell shortly after the 9/11 attacks, when the country’s mood was particularly cinema-averse.

The top 10 films earned $39.17 million on that weekend, led by Hardball with $8.0 million. And since that is in pure dollars, you would have to go back even further than 2001 to find the last time the box office earned less than the current weekend when adjusted for inflation.

After its first place debut last weekend, The Hitman’s Bodyguard fell 54.4 percent, about in line with expectations. That is the lowest first-place finish since War Room topped the box office with $9.4 million in September 2015.

The action comedy starring Samuel L. Jackson and Ryan Reynolds may also repeat next weekend as well, since not a single new wide release will open – a rare occurance. If so, The Hitman’s Bodyguard could potentially post the lowest weekend gross for a No. 1 film in the past decade, currently held by Bangkok Dangerous with $7.7 million on a quiet weekend in September 2008.

Weinstein Company’s animated Leap! opened in third place with $4.73 million after a soft marketing push. Weinstein’s drama Wind River achieved its highest rank yet in its fourth weekend of release, with fourth place and $4.60 million following a theater expansion.

BH Tilt’s Bruce Lee biopic Birth of a Dragon debuted in eighth place with $2.70 million, in line with the studio’s other recent openings like Lowriders and Sleight. Both films came about in line with pre-release projections.