Lionsgate’s The Hitman’s Bodyguard was No. 1 with a bullet last weekend (Aug. 18-20), grossing $21.38 million in its debut weekend – significantly above expectations. 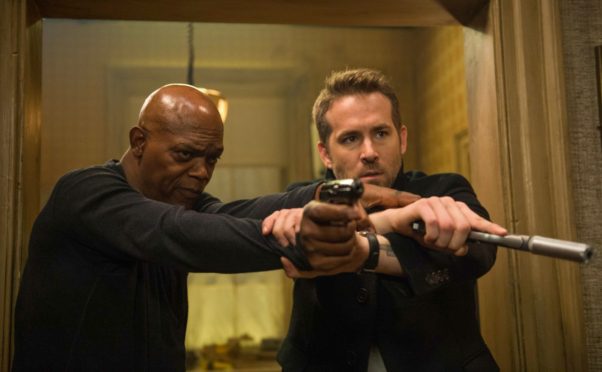 The buddy action-comedy starring Ryan Reynolds and Samuel L. Jackson benefitted from the drawing power of its two stars. Its weekend total puts it far ahead of last year’s War Dogs, which grossed $14.3 million in its opening weekend. The Hitman’s Bodyguard had the advantage of weak competition, as summer winds to a close and the season’s tentpole releases fade away. Audiences also liked the film much better than the critics did.

Starting in third place was Steven Soderbergh’s heist comedy Logan Lucky. Its starry cast couldn’t stop it from opening to a soft $7.60 million in 3,031 locations. Awareness for the film may have suffered from Soderbergh’s unorthodox distribution strategy, which saw him skirting the major studios in order to retain creative control of the film’s marketing (and a higher percentage of the gross). It secured its theatrical release through indie distributor Bleecker Street.

Starring Channing Tatum and Adam Driver as brothers attempting a heist during a NASCAR race, Logan Lucky finished with a strong critical rating, but wasn’t able to pick up steam with audiences. The film’s disappointing start will inevitably raise questions about Soderbergh’s renegade distribution strategy.

Last weekend’s champ, Warner Bros. Pictures’ Annabelle: Creation, held up well in its second weekend with $15.61 million, good enough for a second place finish. The prequel to 2014’s Annabelle and latest entry in the Conjuring series has brought in $64.14 million so far and may well top its predecessor’s $84 million total when all is said and done.

Warner Bros.’ Dunkirk also continued to hold well in its fifth weekend, dropping just 39.2 percent with $6.61 million in fourth place. Positive reviews and director Christopher Nolan’s ardent fanbase have kept the title strong over the last half of the summer, and it now stands at a domestic total of $165.42 million.

Among holdovers, Open Road’s critically-assailed animated sequel The Nut Job 2: Nutty by Nature brought in $5.09 million in fifth place, giving it $17.68 million in two weeks with not much left in the tank.

In limited release, Fox Searchlight’s Sundance drama Patti Cake$ starring newcomer Danielle McDonald as an aspiring rapper had a so-so start with $67,599 from 14 locations, or about $4,700 per screen.