What’s the Most Beautiful Traditional Dress?

If you are passionate about the traditional wares of other countries and cultures, you might be asking yourself which is the most beautiful traditional dress. There are surely a lot of candidates for this title, so it won’t be easy choosing a winner. That is because there cannot be a winner, and each dress is beautiful in its own way. Some people are more attracted to the aesthetic qualities of the Muumuu while some are fascinated with the range of kalamkari sarees. The only way to determine which is your favorite is by exploring all of them. Here are some of the most beautiful traditional dresses from around the world: 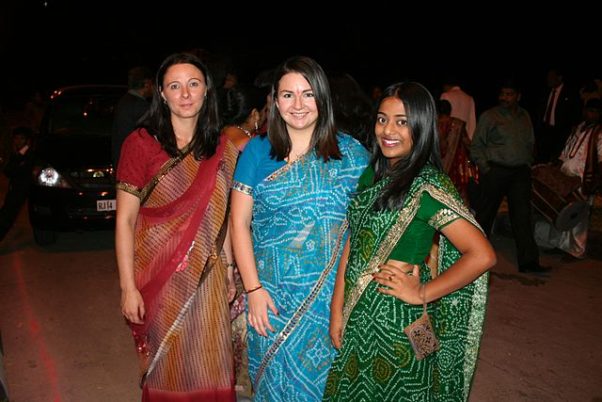 The sari is a symbol of India and many other countries like Pakistan or Nepal. It is a traditional dress comprised of strong pattern motifs and color-rich schemes. It comes in the form of a long, one-piece dress that wraps itself around the body. Under the sari, women wear a petticoat that adds more style and complexity to the overall design of the outfit. Usually, the layer underneath is comprised of a short sleeve that complements the sari in one way or another.

If you ever go to Japan and take place in a traditional or festive event, you will most likely see a lot of kimonos. Not just on women but also on some men. While women are the predominant wearers of kimonos, you can also find them being worn by men at traditional events such as tea ceremonies. The kimono is similar to the sari in the sense that it is a long, one-piece robe. Other than that however, they are quite different. The kimono banks on its ability to combine rich colors and to strike your curiosity with the intense color palette.

From Asia we pack our bags and move to Europe where the dirndl is a popular dress option for the ladies of countries like Germany, Austria, Switzerland and even Liechtenstein. You can spot it from a mile away thanks to its recognizable skirt and bodice combination. The dress also features a circular cut around the knees and it is complemented by an apron. Once the outfit of choice for Alpine peasantry, the dirndl now represents a traditional outfit that is recognized all over the world. This outfit doesn’t focus so much on patterns and keeps things rather simple, but instead focuses on the quality of the materials used, such as silk. They are also made to keep you warm. As you can imagine, the alpine peasantry must have had staying warm as a top priority. For this they use materials like wool and thick cotton, but also linen, which do the job nicely. While they were everywhere once, dirndls are now rather exclusive.