The Dark Tower Is King in Theaters

While not quite “towering” over the competition, Sony Pictures’ The Dark Tower eked out a narrow win at the box office last weekend (Aug. 4-6) with $19.15 million. Warner Bros. Pictures’ Dunkirk, after leading the previous two weekends and a contender to three-peat, took second place with $17.14 million. 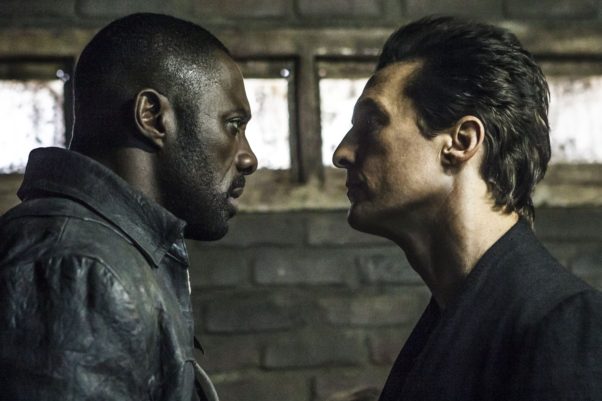 The Dark Tower eked out a narrow win at the box office last weekend with $19.15 million, beating out Dunkirk. (Photo: Sony Pictures)

Contrary to some pre-release predictions that it would open as runner-up, The Dark Tower was able to snag first place. The hybrid sci-fi/western Stephen King adaptation starring Idris Elba and Matthew McConaughey continues Sony’s reversal of fortune, as the formerly-beleaguered studio posted three of the top six films last weekend, and four of the top 11. As recently as a month ago, Sony ranked last place for the year among the seven major studios, but they now rank fifth.

After leading for the past two weekends, Dunkirk took second place. Although some expected the film to lead again, it should still be considered a win for the film. It has already earned $133.09 million and looks likely to clear the $200 million mark by the end of its run — the upper end of pre-release projections. If it can continue to post drops as low as its 35.6 percent decline last weekend, the movie could potentially remain in the top 10 for two months given the relative lack of competition expected during August and September.

Kidnap, the thriller starring Halle Barry from the new studio Aviron, started decently with $10.02 million in fifth place. Despite poor reviews, it was able to exceed expectations by several million dollars. Along with Girls Trip, which earned $11.40 million and fourth place, and Atomic Blonde, which took in $8.16 million in seventh place, three of this weekend’s top seven films star a woman in the lead role.

Annapurna’s Detroit, a drama directed by Oscar winer Kathryn Bigelow and considered an awards contender, came in slightly below expectations with $7.13 million in eighth place on its first weekend in wide release. After opening well, if not amazingly, on select screens the previous weekend, it was
expected to finish a few million dollars ahead of Kidnap, but instead it was the other way around.

The Despicable Me franchise became the highest-grossing animated series of all time worldwide, overtaking the Shrek series, with the $5.43 million 10th place finish of Universal Pictures’ Despicable Me 3. However, due to rising ticket prices, the Shrek franchise has still sold more total tickets, at least for now. Nevertheless, the accomplishment reflects just what a cash cow Despicable Me has become, despite Despicable Me 3 being on track to finish lower both domestically and globally than either Despicable Me 2 or Minions.

And Warner Bros.’ Wonder Woman, coming in 13th place with $2.29 million, fell out of the top 10. But its nine weekends spent in the top 10 rank in the top five for that metric this year, alongside La La Land, Hidden Figures, Beauty and the Beast and The Boss Baby.