Dunkirk Repeats as the Weekend’s Best

Warner Bros. Pictures’ Dunkirk rode the waves to the top spot at the box office for the second weekend with $26.61 million, as Sony Pictures’ animated The Emoji Movie may have earned a bit less of a “thumbs up” than hoped with second place and $24.53 million. Meanwhile, Focus Features’ Atomic Blonde kicked its way to fourth with $18.29 million. 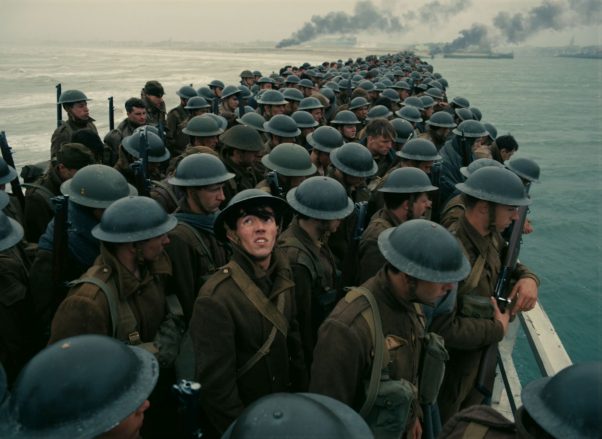 Last weekend’s (July 29-30) box office was expected to be a close race between Dunkirk and The Emoji Movie. The Emoji Movie won the opening day on Friday with $10.0 million, a decent 26 percent lead. But Dunkirk reclaimed the edge on both Saturday and Sunday, allowing it to win the weekend.

The World War II action drama directed by Christopher Nolan fell 47.3 percent in its second weekend. That is a solid hold, though a bit larger than the 27 percent second-weekend drop for recent military hit American Sniper or the 26 percent for Bridge of Spies. Chalk it up to terrific word of mouth and increasing awards buzz.

With an August that looks to be devoid of any $200+ million (or even $100 million) hits like Guardians of the Galaxy or Suicide Squad from recent Augusts, look for Dunkirk to hold on exceptionally well in the next month.

The Emoji Movie, featuring personified characters based on the popular two-dimensional drawings used in text messages and emails, started in the runner-up spot, 32 percent behind the opening of last summer’s The Angry Birds Movie, another animated title based on a popular cell phone app.

It may have a harder time in August, with two more animated titles opening in the next four weeks — The Nut Job 2 and Leap! — plus Despicable Me 3 still holding decently.

Universal Pictures’ Girls Trip took third place with $19.65 million, becoming the highest grossing live-action comedy of the year so far, if excluding horror-comedy Get Out.

Its 37.0 percent drop was better than the second-weekend drops for this summer’s other three R-rated comedies: 59 percent for Snatched, 45 percent for The House and 41 percent for Rough Night. Credit it to strong word of mouth.

Focus Features’ Atomic Blonde debuted with $18.29 million, good for fourth place. The R-rated action film starring Charlize Theron in the title role finished about in line with expectations, although some projections had it starting one place higher in third, presuming a larger decline for Girls Trip.

Speaking of Wonder Woman, the film earned its ninth weekend in the top 10, coming in 10th
with $3.34 million. If the film can hold onto that that top tier for one more weekend, it would join a very rare and elite group: 10 weekends in the top 10. It would become the fourth film to reach the mark this year after La La Land, Hidden Figures and Beauty and the Beast, which would make 2017 the first year since 2001 in which four films achieved the feat.

Can Wonder Woman do it? Two new titles are opening next weekend. But at the same time, it is also possible that the two films ahead of Wonder Woman this weekend — Valerian and the City of a Thousand Planets with $6.36 million in eighth place and Baby Driver with $3.97 million in ninth place — could dip below Wonder Woman next weekend given their current decline rates. It will be a close call.