Christopher Nolan’s Dunkirk stormed the box office last weekend (July 21-23) with $50.51 million, while Universal Pictures’ Girls Trip finished in second place with $31.20 million and EuropaCorp’s Valerian and the City of a Thousand Planets debuted in fifth place with $17.01 million. Also over the weekend, Wonder Woman became the highest-grossing film of the summer, almost two months after release. 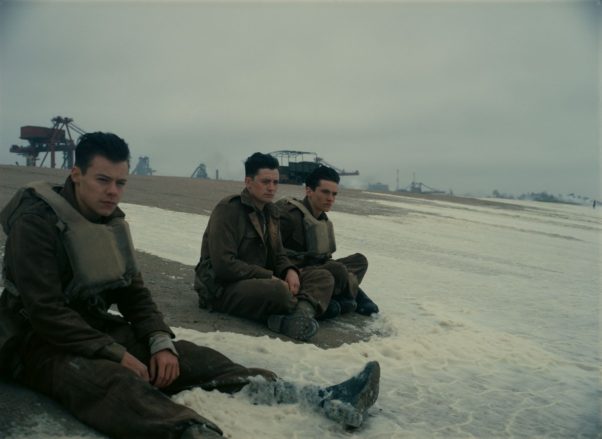 Warner Bros. Pictures’ Dunkirk captured first place on a weekend during the summer, a very rare feat for a drama. The ensemble film was helped by its terrific word of mouth. Compared to other non-Batman films from Nolan, Dunkirk opened 19 percent below Inception and about even with Interstellar — 6 percent higher in dollars, but a fraction of a percent lower when adjusted for ticket price inflation. Marketing heavily publicized Nolan as the director, more so than even any of the Oscar nominated actors including Tom Hardy, Mark Rylance and Kenneth Branagh.

Dunkirk opened higher than any other World War II drama from the past decade, including more than double the openings for Hacksaw Ridge, Allied, Fury and The Monuments Men. It also opened higher than other recent modern military thrillers including Lone Survivor and Captain Phillips, although behind American Sniper. Among WWII dramas, when adjusted for inflation, Dunkirk started 45 percent behind Pearl Harbor and 12 percent behind Saving Private Ryan.

With the summer season winding down and lesser competition ahead, Dunkirk is poised to keep earning, potentially for as much as two months. The film’s success helped Warner Bros. pass the $1 billion mark last weekend, the third studio to achieve the feat this year after Walt Disney Studios and Universal Pictures. Warner Bros. has now reached that mark for 17 consecutive years, more than any other studio.

Girls Trip came in on the higher end of expectations. The R-rated comedy starring four middle-aged women may not have sounded like a recipe for success, especially given the genre’s track record this summer. The House, Rough Night and Snatched were all R-rated comedies that underperformed at the box office this summer. Yet Grils Trip came in at more than triple the openings of The House or Rough Night, despite lacking ostensibly bigger names like Will Ferrell, Amy Poehler or Scarlett Johansson.

Science-fiction flick Valerian and the City of a Thousand Planets came in with $17.01 million fifth place debut. While that was about in line with pre-release expectations, it is bad news relative to the film’s estimated $150 million budget. It will have to look to great overseas grosses to make up for a domestic total that at this rate may not surpass $40 million.

However, overseas success is hardly a sure bet for a non-sequel with a relatively small built-in for the original graphic novel. Otherwise, it may befall the same fate as The Mummy or King Arthur: Legend of the Sword, two other films this summer that relied on an overseas-heavy strategy that failed to pan out as much as hoped.

Wonder Woman officially became the highest-grossing film of the summer on its eighth weekend of release, almost two months after it was first released. With a $4.61 million gross in ninth place last weekend , the film has now earned$389.01 million total to date.

That overtakes Disney’s Guardians of the Galaxy Vol. 2 with $387.26 million to date as the highest grosser of the summer. Despite opening lower than other summer titles including Guardians of the Galaxy Vol. 2 and Spider-Man: Homecoming, Wonder Woman never fell further than 43 percent in a single weekend — a remarkable streak of low declines for the traditionally front-loaded superhero genre.

Wonder Woman is also the second-highest grosser of the year so far behind Beauty and the Beast. However, upcoming releases Star Wars: The Last Jedi and Justice League are both strong contenders to overtake Wonder Woman by the end of the year.)