Spider-Man: Homecoming Swings to the Top

Sony Pictures’ Spider-Man: Homecoming took in $117.03 million last weekend (July 7-9) to finish in first place, the best debut for a Spider-Man film since 2007. 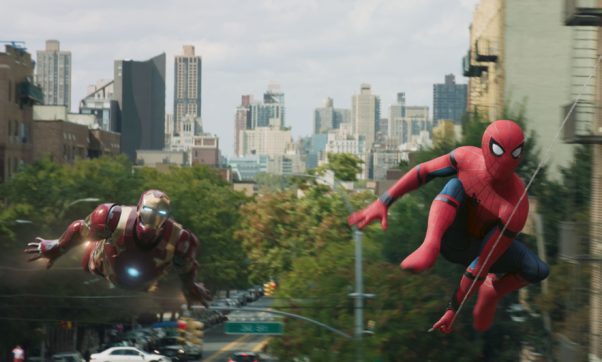 It provided a much-needed boost to Sony, as the studio had been experiencing its record low market share, and was the studio’s biggest grosser since 2012’s Skyfall.

Sony is hyping Spider-Man: Homecoming as “the second-highest opening for a Spider-Man film.” Although it certainly earned a lot, that claim may be a bit misleading. After factoring for inflation, it earned less than the openings for all three films in the “original” trilogy starring Tobey Maguire. However, it did open higher than either of the two more recent Amazing Spider-Man reboot films starring Andrew Garfield. The first of those two opened on a Tuesday, which diminished its opening weekend, but in an apples-to-apples comparison of their first seven days, Spider-Man: Homecoming appears likely to earn more.

The sixth installment in the Spider-Man franchise dating back to the 2002 original, this was the first to tie the character into the massively popular cash cow Avengers franchise. Marketing prominently featuring Robert Downey Jr.’s appearance as Iron Man, plus new lead actor Tom Holland had previously been introduced as a supporting character in last year’s smash Captain America: Civil War.

As the only major new debut over the weekend, Spider-Man: Homecoming was also helped by the lack of new competition. However, that is no guarantee — in the past year, both Transformers: The Last Knight, which earned $6.38 million and fifth place last weekend, and Inferno underperformed despite being the only new wide release during their opening weekends.

With Spider-Man: Homecoming and the continued success of Baby Driver, which dropped 36.7 percent to $13.00 million and third place, Sony is quickly reversing what had been a rough 2017 at the box office, particularly for franchise installments. All of Sony’s other 2017 films that were part of a series were the lowest grossing films in that series domestically — Smurfs: The Lost Village, Underworld: Blood Wars, and Resident Evil: The Final Chapter. Also for Inferno in late 2016, but that trend looks to be reversed.

The previous weekend’s leader Despicable Me 3 took second place with $33.58 million, a 53.4 percent drop, but broke its own record for the all-time highest theater count for a movie.

That second-weekend decline was higher than for Despicable Me 2, but lower than for Minions. Despicable Me 3 is trailing both of those films considerably domestically, although it is earning substantially more overseas. After breaking the record the previous weekend for most theaters with 4,432, its six-theater expansion this weekend gave it the new record with 4,438. (Theater count is different than screen count, since a film can play on multiple screens in a single multiplex theater.)

Warner Bros. Pictures’ Wonder Woman finished in fourth place, with a 37.5 percent decline to $9.82 million. The film’s steady hold, after experiencing the best hold for a superhero film in recent memory, is especially impressive given the direct superhero competition.