Just in time for the Fourth of July picnics, JJ’s Red Hots said mustard is the top topping for hot dogs. 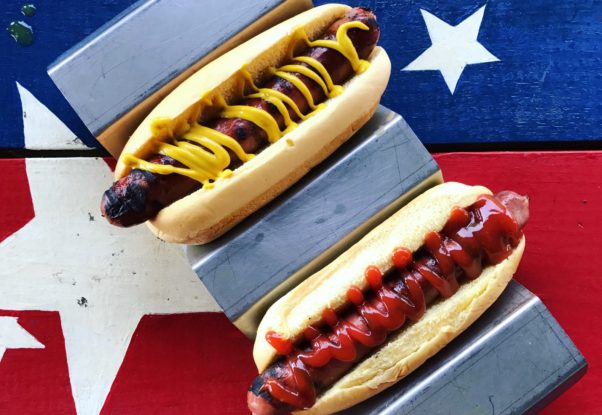 According to JJ’s, which celebrates its fifth anniversary on July 4 and has featured more than 300 toppings on its hot dogs since 2012, America loves their hot dogs with the following toppings, in order of preference in the past year:

“Old habits die hard,” said founder and owner Jonathan Luther. “While we are always pushing the envelope to include the hottest new toppings like pulled pork and brisket, and introducing our guests to things they’ve never tried before, we always make the classic ingredients available and more often than not, guests opt for traditional favorites.” 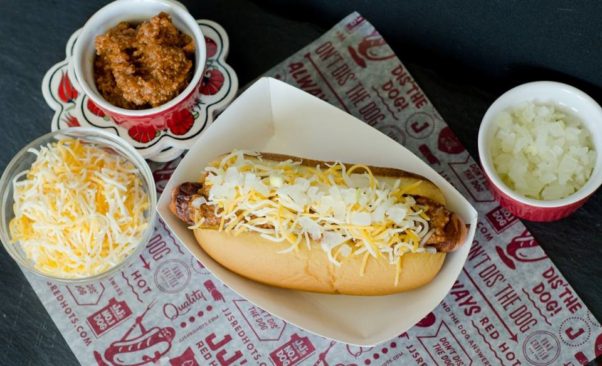 Hot dogs were first imported from Germany, but have become associated with the U.S., including Coney Island. (Photo: JJ’s Red Hots)

The hot dog, a type of sausage, was culturally imported from Germany and popularized in the U.S., where it became a working-class street food sold at hot dog stands and carts. The hot dog became closely associated with baseball and American culture. Hot dog preparation and condiments vary regionally in the U.S. Although particularly connected with New York City and New York City cuisine, the hot dog became ubiquitous throughout the country during the 20th century, and emerged as an important part of some regional cuisines including Chicago street cuisine

According to the National Hot Dog and Sausage Council, Americans consume 7 billion hot dogs between Memorial Day weekend and Labor Day, yet the most popular day of them all is July 4, when Americans will consume more than 150 million hot dogs, enough to stretch from the District to Los Angeles more than five times.

JJ’s was featured on an episode of Food Network’s Diners, Drive-Ins and Dives in February and on Fast Casual’s Top 100 Movers & Shakers list for two years. JJ’s has swept Charlotte’s Best Hot Dog awards for the past five years.