Paramount Pictures’ Transformers: The Last Knight led the worldwide box office last weekend, largely due to a $199.2 million overseas haul. Domestically, the film finished its first week with $68.48 million mark ($44.68 million for the three-day weekend) – not a great start considering the forthcoming Despicable Me 3 and Spider-Man: Homecoming. Wonder Woman was able to pull ahead of Cars 3 in a photo finish, grossing $831,813 more than the Disney-Pixar sequel in its fourth weekend. 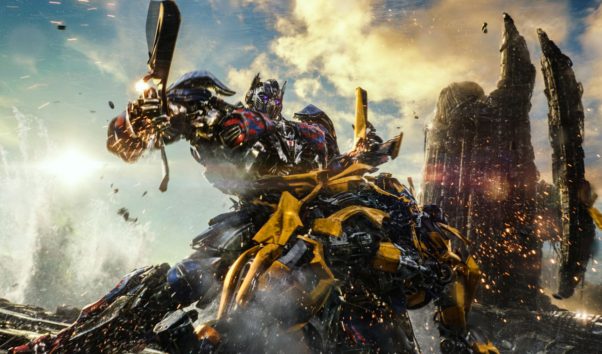 Transformers: The Last Knight had the lowest-opening in the history of Michael Bay’s shape-shifting robot franchise. Its less-than-stellar domestic performance is especially notable when you consider that its estimated five-day take was actually less than the three-day take of the first Transformers, which opened to $70.5 million.

Domestically, the film also grossed less than half of what the last film in the series, 2014’s Transformers: The Age of Extinction, did in its three-day opening weekend. That film brought in over $100 million over the same period three years ago. Internationally, the fifth film in the sci-fi franchise brought in the series’ largest-ever opening in China ($123.4 million). That is 35 percent above The Age of Extinction’s $92 million opening in the country three years ago, even though that film brought in slightly more overall in overseas markets.

As for holdovers, Warner Bros. Pictures’ Wonder Woman barely beat out the previous weekend’s winner Cars 3 for the No. 2 spot That result is far more impressive for Wonder Woman given that the DC Comics’ powerhouse is already in its fourth weekend as opposed to Cars 3’s second.

Wonder Woman continues to post strong holds. After four weeks, the film’s domestic total stands at $318.11 million, with a drop of only 39.6 percent last weekend. That result puts it within striking distance of Suicide Squad’s $325 million domestic total from last summer, a benchmark it will effortlessly surpass early this week. The same for Batman v Superman: Dawn of Justice’s $330 million total. The Patty Jenkins-directed superhero flick now stands at over $652 million worldwide.

The photo finish represents a drop of 55.2 percent for the Disney-Pixar threequel. That is a better hold than the 60 percent drop suffered by Cars 2 in its second weekend. (That film was also up against the opening of a Transformers sequel, Transformers: Dark of the Moon.), However, it was a far cry from the 43 percent second-weekend drop seen by the first Cars in 2006. Cars 3 now stands at $98.78 million in North America.

As Pixar sequels go, the basis for comparison are Finding Dory, Monsters University and Toy Story 2 and 3. Those films experienced healthier second-weekend drops of 46 percent, 44.7 percent, 51.6 percent and 46.2 percent, respectively, though those films were all better-loved by critics.

As for the previous weekend’s other wide openers, the Mandy Moore shark thriller 47 Meters Down from Entertainment Studio stayed afloat in impressive fashion, falling only 36.8 percent to $7.09 million. That is a stunning hold for this kind of movie, and even better than the 47 percent second-weekend drop experienced by last year’s shark hit The Shallows starring Blake Lively.

Meanwhile, the surprise success of the previous weekend – Tupac Shakur biopic All Eyez on Me from Lionsgate – crumbled in its second weekend, plummeting a massive 78.0 percent to $5.81 million. That puts it below 2009’s Notorious, which dropped 71.8 percent in its sophomore round.

While Transformers: The Last Knight was the only new wide release this weekend, two specialty films made impressive debuts in limited release. The biggest winner was the critically-beloved indie rom-com The Big Sick starring Kumail Nanjiani and Zoe Kazan, which grossed $435,000 in only five locations for $87,000 per-screen average. Sofia Coppola’s Civil War Gothic The Beguiled also made a splash, grossing $240,545 in four locations for a per-screen average of $60,136.