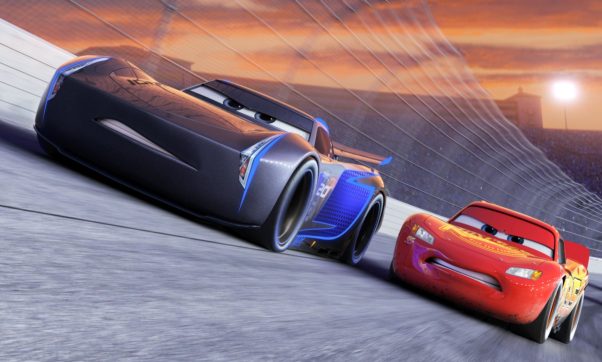 Ordering the 18 Pixar films by wide release opening, Cars 3 ranks No.14 by pure dollars. That drops to No. 17 when adjusting for inflation, or second-worst behind only The Good Dinosaur.

The animated sequel opened 10.9 percent and 19.0 percent below its two predecessors respectively. Adjusted for inflation, the comparisons look even worse, with Cars 3 opening 34.0 percent and 26.1 percent behind its predecessors respectively. Keep in mind that Cars 3may make up for its middling domestic gross overseas, just as Cars 2 earned less than the first film domestically, but nonetheless earned more worldwide thanks to strongly improved overseas numbers.

Warner Bros. Pictures’ Wonder Woman, which had led for the past two weekends, dropped to second place with $41.27 million. Its mild 29.5 percent decline, after a 43.3 percent drop the previous weekend – the second lowest for a superhero film since 2012’s The Amazing Spider-Man 2 — represent some of the best holds that any superhero movie has ever experienced in the modern era.

For comparison, the lowest third-weekend drop among 2016’s six superhero releases was 44.9 percent. Chalk it up to great word of mouth, plus underwhelming debuts from potential competition like The Mummy and Rough Night.

Lionsgate’s rap biopic All Eyez on Me about ’90s rapper Tupac Shakur found many eyes on it with a $26.44 million opening in third place. That is slightly ahead of the opening of Notorious, the film from a few years ago about Shakur’s rap rival The Notorious B.I.G., although it does debut 55.0 percent below Straight Outta Compton about ‘80s rap group N.W.A. Although that comparison may be a bit unfair, as Straight Outta Compton was one of the most surprising box office hits of this decade.

47 Meters Down took a bite out of the box office thanks to an effective advertising campaign including TV commercials during the NBA Finals with a surprise fifth place with $11.21 million, double or more what most pre-release estimates predicted. And Rough Night also surprised in the opposite direction, with a rough seventh place start of $8.0 million — less than half of what some pre-release estimates expected.

This decade’s trend of R-rated female-driven comedies went several straight years without producing a true dud, with titles such as Bridesmaids, Trainwreck, Bad Moms, Ghostbusters, and The Heat all earning more than $100 million total. But this summer has halted that streak, with both Rough Night and May’s Snatched disappointing at the box office — and Rough Trade starts 58.8 percent below Snatched.

Scarlett Johansson, one of this decade’s highest-paid actresses, has now starred in her second box office bomb in four months after March’s Ghost in the Shell. Although next year’s Avengers installment should surely earn tons, this year’s two titles will likely hurt her bankability and star power moving forward.