Wonder Woman Battles with The Mummy

Warner Bros. Pictures’ Wonder Woman easily captured first place at the box office last weekend (June 9-11) with $58.53 million — but the worldwide weekend belonged to Universal Pictures’ The Mummy, which had one of the biggest global openings of the year despite a lackluster $31.67 million second place domestic showing. 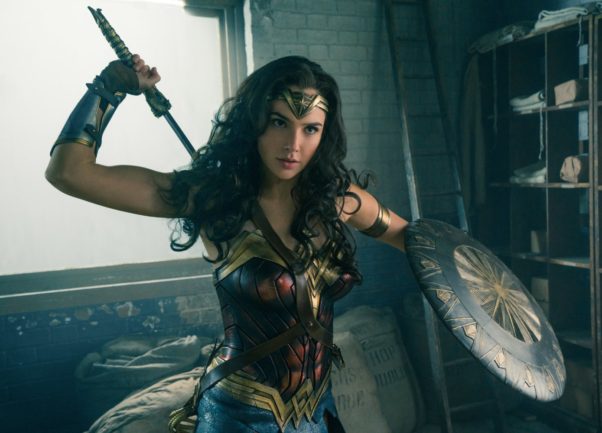 Wonder Woman, which dropped 43.3 percent from its debut weekend, had the mildest second weekend fall in years for a film from the traditionally high-opening, but fast-falling. superhero genre. That is the best second-weekend hold for a DC or Marvel superhero film since The Amazing Spider-Man’s 44.2 percent decline five years ago.

In fact, it is one of the best second-weekend drops for a superhero film ever, thanks to great word of mouth, reviews and weaker-than-expected competition from The Mummy. By comparison, DC superhero installments Batman v. Superman: Dawn of Jusice, Suicide Squad and Man of Steel all dropped by at least 64 percent their second weekends. If the mild declines continue, Wonder Woman could outpace its expected earnings by a large margin.

The Mummyreboot starring Tom Cruise had one of the largest global openings of the year at with $172.4 million, despite its unimpressive domestic opening. At home, the film begins 25.6 percent below the openings for the original 1999 The Mummy and even further behind the 2001 sequel The Mummy Returns, despite ticket prices costing significantly less back then and Cruise ostensibly being a much bigger draw than original lead Brendan Fraser.

The new installment was hurt by poor word of mouth. But the film — more than almost any other in recent memory — was targeted towards international audiences first. Among the top 100 worldwide openings of all time, only two movies earned more than 80 percent of their global openings from overseas, and both were from Universal in the past three months: April’s The Fate of the Furious with 81.8 percent and The Mummy with 81.5 percent.

The film took in $141.8 million from overseas, making for the largest global opening weekend of Cruise’s career, ahead of 2005’s War of the Worlds. Led by China with $52.2 million, The Mummy captured first place in 46 of its 63 markets, ranking as the fifth-best overseas and seventh-best global opening of the year so far.

Elsewhere in the box office, A24’s horror It Comes At Night started in sixth place with $5.99 million, while Bleeker Street’s war drama Megan Leavy debuted in eighth place with $3.81 million.