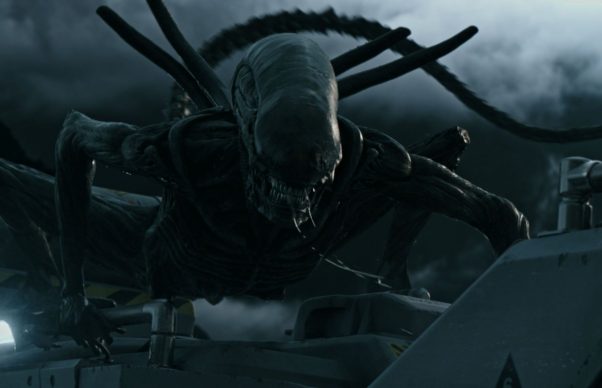 The R-rated latest entry into the Alien franchise — starring Michael Fassbender in an ensemble cast — played in 606 fewer theaters, but won the weekend by its higher per-screen average. This should be chalked up as a solid win for 20th Century Fox, proving that the decades-old series still has steam.

However, the film did start lower than several other comparable space horror/thriller titles. It opens 27.8 percent behind the $50.1 million opening of previous franchise installment Prometheus. It also began behind the debuts of Gravity, Interstellar, Independence Day: Resurgence and The Martian.

Guardians Vol. 2 took second place with a 46.9 percent. After experiencing a better second-weekend hold the previous weekend than other comparable Marvel superhero sequels like Avengers: Age of Ultron, Iron Man 2 and Thor: The Dark World, the film also experiences a milder third-weekend decline than those other titles as well. Chalk it up to positive word of mouth and weaker-than-expected competition so far.

With $301.39 million earned domestically, the sequel is closing in on the original Guardians of the Galaxy $333.1 million total, a figure it should surpass by this coming weekend.

It stars relative newcomers Amanda Stenberg and Nick Robinson and opened slightly below — but in range of — other recent comparable titles such as Paper Towns, If I Stay and Me Before You. The film has already earned back its estimated $10 million budget domestically, compared to the estimated $97 million budget for Alien: Covenant, which might prove difficult to reach domestically.

Twentiety Century Fox’s family comedy Diary of a Wimpy Kid: The Long Haul opened in sixth place with $7.13 million. The fourth installment of the Wimpy Kid series started with less than half of the previous lowest opening in the series.

The three previous installments opened in second, first and third place, respectively. Its earnings are also significantly behind the $22.1, $23.7 and $14.6 million starts for the prior films. Among the negative factors were a May release date with steeper competition than the series’ previous March and August releases, plus with a new actor in the lead role, as previous lead Zachary Gordon who audiences had come to know aged out of the “kid” designation.