After 90-degree temperatures Thursday and Friday, temperatures are expected to be in the low 70s Saturday and Sunday, just in time to get out and enjoy the weekend. But if you will be out, don’t forget the sunscreen. 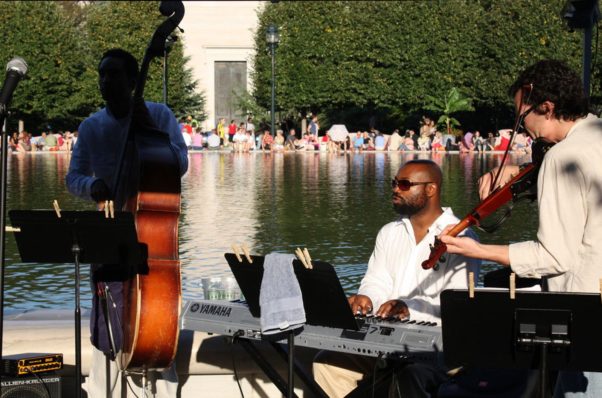 Jazz in the Garden returns for its 17th year on Friday night at the National Gallery of Arts’ Sculpturee Garden. (Photo: MrTinDC/Flickr)

Kick back and groove to the music with sangria in hand at Jazz in the Garden on Fridays throughout the summer, held in the National Gallery of Art’s Sculpture Garden starting this Friday. An eclectic mix of DMV jazz musicians lend a soundtrack to one of the city’s most idyllic scenes set around the sculpture garden’s central fountain, back for its 17th season. This week’s concert features Matuto playing Brazilian bluegrass. Next week features the U.S. Coast Guard Dixieland Jazz Band. Take your own picnic or purchase food from the museum’s Pavilion Café, which will offer a special menu of appetizers, salads and entrées, including a smoked brisket sandwich, pulled pork BBQ sandwich, sweet Italian sausage sandwich and chicken shawarma. Wine, sangria and beer are also available.

Friday nights through Aug. 25 from 5-8:30 p.m. at the National Gallery of Art Sculpture Garden, Sixth Street and Constitution Avenue NW. Admission is FREE! 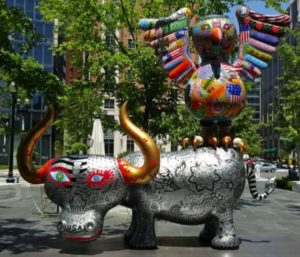 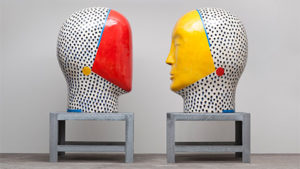 This is the last weekend to see Butterfly’s Friends, a display of the ceramic sculpture work of Japanese-American visual artist Jun Kaneko. These sculptures are part of Kaneko’s Heads series, large, natural forms, instantly recognizable as human yet loaded with a vast array of traditions and associations. They balance both Japanese and American influences to great effect. Kaneko is also responsible for the sets and costumes for the Washington National Opera’s production of Madame Butterfly, which also concludes its run at the Kennedy Center this weekend (see below). 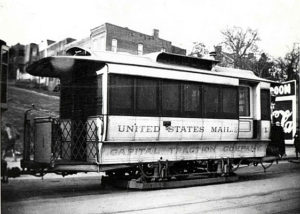 In 1892, St. Louis began delivering mail by trolley. By 1908, 12 other cities including Boston, Chicago, New York City, San Francisco, Pittsburgh, Philadelphia and D.C. had followed suit. The move allowed the Postal Service to deliver mail three or four times a day in some urban areas. Trolly Car Mail looks at how trolley cars helped to revolutionize the mail system before they fell out of favor when the Postal Service began using trucks. Baltimore was the last city to use trolley cars, which ended in 1929. 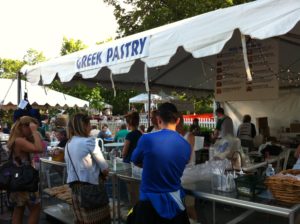 St. Sophia’s Greek Festial, going on all weekend, features a number of Greek dishes and desserts. (Photo: DC After Five)

Get your fill of Greek food, drink and culture at St. Sophia’s annual Greek Festival this weekend. Sample a variety of Greek delicacies including gyros, spanakopita, pastries and sweets. The Greek Cuzina inside the church will offer savory roast chicken and lamb, casseroles including pastistio (pasta and ricotta cheese), moussaka (eggplant and potato), spanakopita (spinach and ricotta) and dolmades (stuffed grape leaves). Outside grills will have Greek sandwiches cooked over coal fires including gyros and souvlaki, roasted on skewers. A tavern will offer soft drinks, water and Greek beer, while a pastry and coffee shop serves baklava, finikia (spiced walnut cooking) and kataifi (shredded phyllo with honey and nuts). You can also get an order of loukoumades, fresh Greek donuts drizzled with honey and sprinkled with cinnamon. Vendors will sell wares including jewelery, pottery and home goods, clothing, music, Byzantine icons and Greek grocers in the marketplace and kids can play games and do other activities including balloon toys, sand art and a moon bounce. Tours of the cathedral will be available Saturday and Sunday. 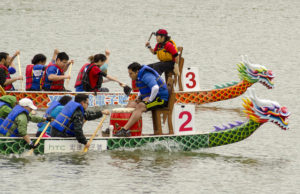 Now in its 16th year, the Washington D.C. Dragon Boat Festival is intended to raise awareness of Taiwanese culture by showing off some really cool boats. This year, 38 teams are registered to race. In addition to watching the races, visitors can check out cultural exhibitions including a lion dance, craft demonstrations and hands-on activities, along with the crazy-strong biceps on the rowers. 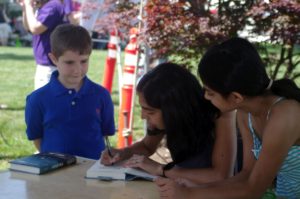 The annual Gaithersburg Book Festival returns with workshops, talks and signings featuring more than 100 authors. The lineup includes Laura Lippman (Wilde Lake), Jade Chang (The Wangs vs. the World) and Ben Greenman (Dig If You Will the Picture: Funk, Sex, God and Genius in the Music of Prince). The Children’s Village will feature award-winning children’s and teen authors speaking about their recent books and interacting with the audience. Each presentation will be followed by a book signing. All books will be available for purchase. There will also be activities, workshops and performances designed to engage and stimulate your child’s book curiosity and interest in reading and writing. A café will sell beer and wine along with coffee, bagels, wraps, antipasto and cheese plates.

May 20 from 10 a.m.-6 p.m. on the Gaithersburg City Hall grounds, 31 S. Summit Ave., Gaithersburg. Admission is FREE! Free parking and shuttle bus at the Lakeforest Mall.

The Washington Jewish Film Festival features films from around the world is one of the most revered Jewish film festivals in North America. Across its 11 days, Jewish history, culture and experiences will be celebrated with more than 80 screenings, many of which are regional, U.S. or world premieres. There will also be discussions with filmmakers and experts after screenings. This year’s festival includes classics Angry Harvest at 7 p.m. May 27, Cabaret at 7:30 p.m. May 21 and 12:30 p.m. May 27, Clueless at 7:30 p.m. Thursday, The Hourglass Sanatorium at 2:15 p.m. Sunday, Letter to Mother at 6:15 p.m. Monday, Stars at noon Saturday, Strange Victory at 6:30 p.m. Tuesday and Wednesday and To Be or Not to Be at 11:30 a.m. May 28. Make sure to check out the full calendar to plan your movie-going experience. 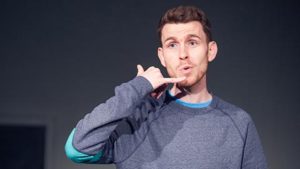 Titus is a play about a boy and his immagination.
(Photo; Kennedy Center)

Titus, a play geared towards youngsters but enjoyable for all, concerns Titus and his incredible mind. Immersed in an unhappy family life, Titus creates outlandish stories – like pigs that fall in love and an Olympic-medalist mom — to escape his difficult reality. Yet the real world has put him in a situation that seems hopeless. Should he give up or fight? The playful one-man show dives deep into dealing with loss and loneliness, and how we can rise above struggles to truly connect with others. Written by Belgian writer Jan Sobrie, it is considered one of Europe’s most successful plays for children. 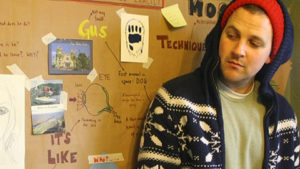 The Kennedy Center hosts Mouth Open, Story Jump Out, its third one-person show in the month of May with this production that originated in the UK. Polarbear, a spoken word artist, weaves tales of secret codes, international assassins and dog-eating boa constrictors, showing how the power of storytelling changed his life after the disappearance of his father. The entire family will enjoy Polarbear bringing his vibrant imagination to life on stage.

The Abduction of Europa by Noel Nicolas Coypel.
(Photo: National Gallery of Art)

Joseph Bonaparte, elder brother of Napoleon, brought an extensive collection of 18th century French paintings with him to America. The works caused a sensation after being shown to the public, leading to a new fascination with French art in this country. America Collects Eighteenth Century French Painting gathers 68 paintings that represent some of the most outstanding and unconventional French works of the time period in this new exhibit.

May 21-Aug. 20 from 11 a.m.-6 p.m. daily at the National Gallery of Art, Sixth Street and Constitution Avenue NW. Admission is FREE! 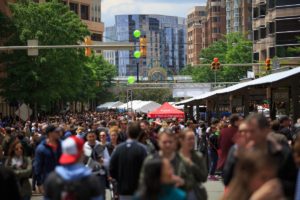 The annual Taste of Arlington street festival is celebrating its 30th year with bands, a dog-friendly family zone and a beverage garden, featuring beers from national breweries as well as such locals as Mustang Sally, New District and Heritage. But the main attraction for the more than 50,000 expected attendees is the food: More than 50 restaurants and food trucks, including A-Town Bar & Grill, Zoes Kitchen, Don Tito, SER, Liberty Tavern, Courthaus Social and Texas Jack’s, will have small plates and bites available for $1-$5. Music will be provide by the Jack Diamond-Jim Steed Band, His Dream of Lions, Jeff From Accounting and Burnt Sienna.

May 21 from noon-6 p.m. along Wilson Boulevard between N. Randolph and N. Monroe streets in the Ballston neighborhood. Tickets are $10 http://www.ballstonbid.com/taste/tickets in advance or $15 at the gate. Drink tickets are $5, bark park entry is $10 and kid zone book is $5. Restaurants will accept cash or credit card.

The Revelers perform at the Hill Center this Sunday.
(Photo: David Simpson)

As part of the Hill Center’s American Roots concert series, The Revelers are coming to town with their blend of Louisiana folk that combines swamp-pop, Cajun, country blue and zydeco. In true Cajun fashion, a fair number of the group’s songs are in French: If you aren’t bilingual, don’t fret — you will enjoy them if you speak accordion, saxophone and growling electric guitar.

May 21 from 4-6 p.m. at the Hill Center at the Old Naval Hospital, 921 Pennsylvania Ave. SE. Admission is FREE, but registration is required.

FINAL WEEKEND! In the Heights at 8 p.m. on Thursdays, Fridays and Saturdays and 2 p.m. on Sundays through May 21 at GALA Hispanic Theatre, 3333 14th St. NW. Tickets are $60 for adults and $40 for seniors 65 and older, students and members of the military.