Treat Mom to Some Fun This Weekend

The weekend will start out a bit chilly with temperatures in the upper 50s Friday and Saturday but finish in the low 70s on Sunday. The forecasts also calls for rain Friday night and Saturday morning, but a mostly sunny Sunday, just in time for Mothers’ Day. 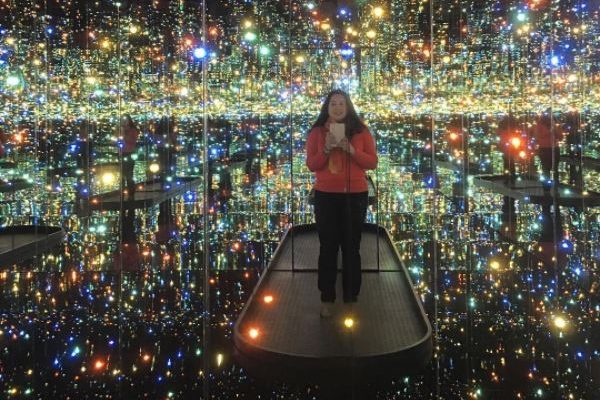 This is your final weekend to see Yayoi Kusama: Infinity Mirrors, one of the most highly anticipated D.C. experiences of the year. Kusama is one of the world’s greatest artists, a Japanese woman who specializes in immersive art. Her mirror rooms, large-scale paintings and child-like installations are on display in an exhibit that has drawn large crowds and lots of Instagram posts. You must have a timed pass to enter the exhibit, which closes on Sunday. Some same-day walk-up timed passes are available at the museum every morning, but go fast. 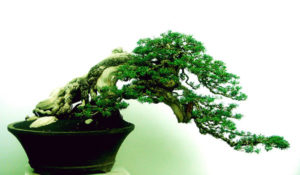 The World Bonsai Day Festival is this weekend at the National Arboretum. (Photo: Rudy Julianto)

This weekend, marvel at tiny trees. at the World Bonsai Day Festival. Visit the newly reopened National Bonsai & Penjing Museum to learn about these living works of art. Vendors will be on site, should you decide to try your hand at growing the fancy shrubs. There is also a Potomac Bonsai Association show and exhibit, exhibits and demonstrations, study groups, a help tent and food vendors. There will also be beginner workshops, which cost $55.

Down These Mean Streets 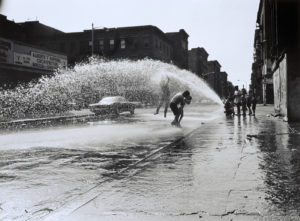 Down These Mean Streets: Community and Place in Urban Photography focuses on 10 essential photographers in this in-depth exhibit that highlights the changes that urban communities underwent in the 1950s. From New York to Los Angeles, photographers captured the reshaping of these neighborhoods, from communal efforts to establish identity to the decay caused by neglect. The work of documenters such as Manuel Acevedo, Oscar Castillo, Hiram Maristany and Frank Espada, among others, are displayed.

Through Aug. 6 from 11:30 a.m-7 p.m. at the Smithsonian American Art Museum, Eighth and F Streets NW. Admission is FREE! 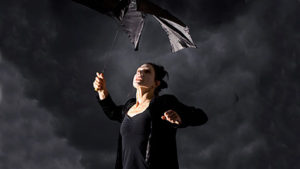 Shakespeare performed by one woman? In Nearly Lear, Susanna Hamnett plays the Fool, telling the story of King Lear as his closest companion. Hamnett takes on the role of every character in the play, using the Bard’s language to tell strikingly poignant stories. The 1:30 p.m. show on Saturday is sensory friendly. 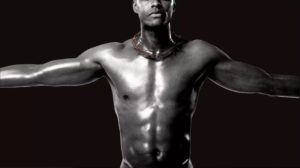 Jesus Christ Superstar, one of the most famous plays of the last fifty years, gets a modern remake. The legendary music of Andrew Lloyd Webber and Tim Rice narrates the story of Jesus Christ, which inherently touches upon celebrity, faith, passion and betrayal. Expect classic songs such as the title track, I Don’t Know How to Love Him, Everything’s Alright and many more.

From the Canyons to the Stars 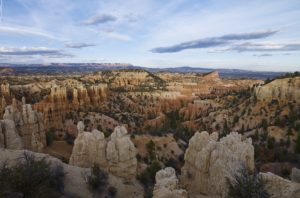 Lovers of music and National Parks will enjoy this concert that pairs nature photography with an orchestral performance. The U.S. Air Force Band performs the East Coast premiere of Olivier Messiaen’s From the Canyons to the Stars. As the band plays on, attendees will see stunning landscape photography shot by Deborah O’Grady in Southwest Utah. It is a perfect visual complement to this 12-movement composition, which was inspired by Messiaen’s trip to Utah’s Bryce Canyon National Park. 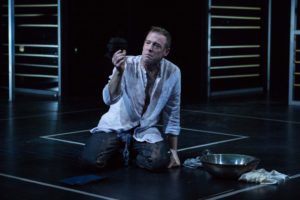 Shakespeare’s satirical side comes to the Folger Theatre with Timon of Athens. Timon is a wealthy and well-liked aristocrat who loves to spend money on parties, gifts and charity. However, the pratfalls of celebrity and wealth bring Timon down, leading to a swift change in lifestyle and attitude. Helen Hayes Award-winner Ian Merrill Peakes stars in this hilarious cautionary tale. 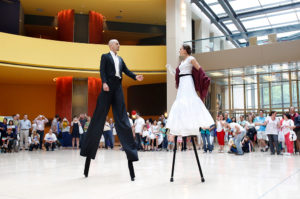 Passport D.C. continues with Shortcut to Europe: European Union Embassies’ Open House, a second straight weekend event highlighted by 28 European Union member embassies and the EU Delegation to the United States opening their doors free of charge. You will be able to experience authentic culture, food, dance film and art from a host of European nations, including Germany, France, Poland, the United Kingdom, Portugal, Spain and many others. The lines are long, so you won’t be able to visit every embassy, so check out each embassy’s http://www.euopenhouse.org/plan-your-trip/ program to plan your visits or download the http://www.euopenhouse.org/latest_news/app/ app and get live updates on the lines. Make sure to take a government-issued ID.

May 12 from 10 a.m.-4 p.m. at the EU Delegation and 28 member embassies in Dupont and Upper Northwest D.C. Admission is FREE! 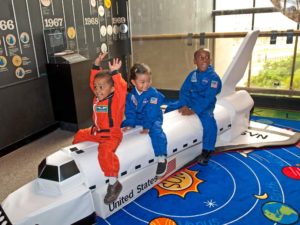 It is Space Day at the National Air and Space Museum. Find out about the exploration and utilization of space: past, present and future. You can also learn about August’s total solar eclipse, explore the planets with pictures, 3D images and tactiles, learn about how often you use space-developed or space-based technology in your daily life, enjoy story times, hands on activities, enjoy a dress-up photo opportunity and more.

May 13 from 10 a.m.-3 p.m. at the National Air and Space Museum, Sixth Street and Independence Avenue SW. Admission is FREE! 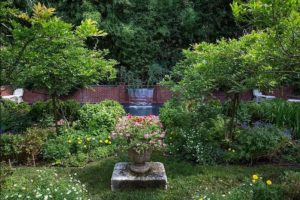 Now in its 89th year, the annual Georgetown Garden Tour takes you through the 200-year-old gardens of Tudor Place and eight nearby private gardens in the historical D.C. neighborhood. One of the estates was recently featured in the Smithsonian’s Archives of American Gardens. Refreshments including baked goods and cold beverages from 2-4 p.m. at Christ Church are included. 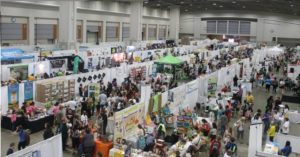 The Green Festival Expo, the country’s largest and longest-running green living event, embarks on its 13th edition this weekend, holding a large marketplace at the D Hall inside the convention center. The two-day festival will feature more than 200 exhibitors, over 50 inspirational speakers, including Green Party presidential candidate Dr. Jill Stein from 2:30-3 p.m. Sunday, and plenty of tasty vegan and vegetarian eats. 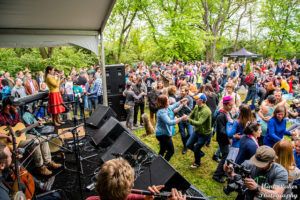 The Kingman Island Bluegrass & Folk Festival, an annual salute to bluegrass, folk and Americana music, features local vendors and good vibes on gorgeous Kingman Island in northeast D.C. Leading contemporary artists within the bluegrass and folk genres will perform on five stages, including Town Mountain, The Woodshedders, Dom Flemons and Frank Solivan & Dirty Kitchen. There is also a kids’ zone with a magic show at 5 p.m. along with games, treats, giveaways, face painting and other activities. The festival is all about community and sustainability (proceeds go towards the Living Classrooms Foundation), so grab a drink and some food from Rocklands BBQ, Urban Poutine, Borinquen Lunch Box, Ada’s Kitchen on Wheels, Goodie’s Frozen Custard & Treats, Capital Crab Company and more, enjoy the weather and scenery and celebrate with friends.

May 13 from noon-9 p.m. at Kingman Island, 575 Oklahoma Ave. NE. Tickets are $30 for general admission, which includes entry and a reusable cup, and $125 for VIP admission, which includes unlimited beer and drinks and a viewing area next to the main stage. A free shuttle will run from the Stadium-Armory station from 9:30 a.m.-9:30 p.m. Visitors can also take the free D.C. Streetcar to the Oklahoma & Benning Road stop. 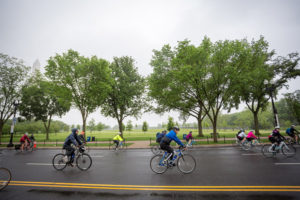 Join the area’s bike-riding community during D.C. Bike ride, the only closed-road, car-free bike ride in the nation’s capital. The 20-mile course will show off D.C.’s beautiful spring sights and provide plenty of time for you to chat with and get to know fellow lovers of the bike ride. It begins in West Potomac Park, 121 W. Basin Drive SW, and ends at Pennsylvania Avenue and Third Street NW. All proceeds go to the Washington Area Bicyclist Association, which works to deliver street safety. The event concludes with the Finish Festival, which will feature live music, including DJ Smudge, Jeff from Accounting and DJ Biz Markie, entertainment, carnival games, face painting, balloon artist, juggler, cotton candy, a post-ride yoga session and food trucks, including Captain Cookie and the Milkman, Carolina Q, Chix N Stix, Crepes Parfait, D.C. Slices, Halal Kitchen, Honey’s Empanadas and more.

In the Heights at 8 p.m. on Thursdays, Fridays and Saturdays and 2 p.m. on Sundays through May 21 at GALA Hispanic Theatre, 3333 14th St. NW. Tickets are $60 for adults and $40 for seniors 65 and older, students and members of the military.